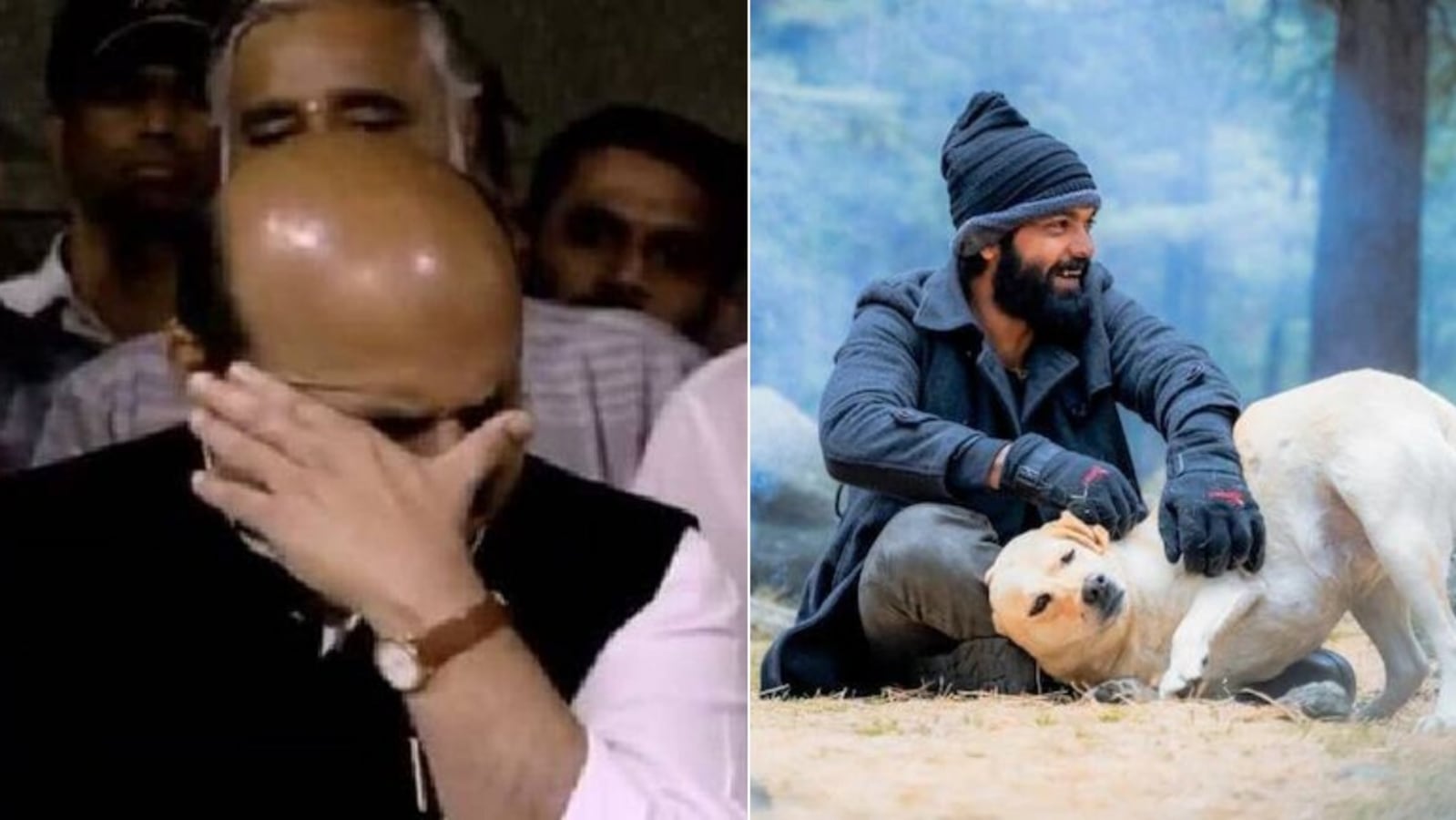 Karnataka Chief Minister Basavaraj Bommai was left in tears after he watched Rakshit Shetty-starrer 777 Charlie. The films is about a dog entering into the life of the protagonist, who is stuck in a rut with his negative and lonely lifestyle, and giving him a new perspective towards it. Last year, the CM lost his pet dog. Also Read: 777 Charlie review: Rakshit Shetty’s film is a moving tale of bonding and companionship

Complimenting the emotional storyline of the movie and its screenplay, the CM said after watching it on Monday night, “Rakshit Shetty’s character and his acting is superb, it is not easy to play this character. Acting by complementing the feelings of Charlie (the dog) and stitching both emotions is superb. This film 100% synchronises with emotions, especially the emotion of a dog, which expresses its emotions through eyes. The film is superb and every one should watch. I always say it is unconditional love, which is pure. This cinema has brought out purity in love through Rakshit Shetty and Charlie. In videos from the event, the CM can be seen breaking down immediately after completing his sta.

“We run out of words to express our gratitude. We are beyond grateful to see Shri. B S Bommai, honourable Chief Minister of Karnataka accept our film with so much love,” 777 Charlie team said in a tweet with a video where CM can be seen constantly wiping tears watching the movie, also complimenting Rakshit and Kiranraj.

We run out of words to express our gratitude. We are beyond grateful to see Shri. @BSBommai , honourable Chief Minister of Karnataka accept our film with so much love ✨♥️ pic.twitter.com/cTqL8zWBbb

Last year, videos and pictures of Basavaraj bidding farewell to his dog Sunny by reaching down to kiss were shared online. In a video, he was seen wiping his eyes with a handkerchief, as he bid farewell to his pet.

Expressing joy over the Chief Minister watching his movie, Rakshit said, “From the day the movie was ready we were trying to (get him to watch it). As we had seen videos about his affection and love for animals, especially dogs. Having seen his reaction to the loss of his pet dog, our team was sure that he would like this movie.”

In the film, Rakshit plays the role of Dharma, who finds a female Labrador pup, and the two form an unexpected bond that takes them on a life-changing journey. Apart from Rakshit, the film also stars Sangeetha Sringeri, Raj B Shetty and Bobby Simhaa.