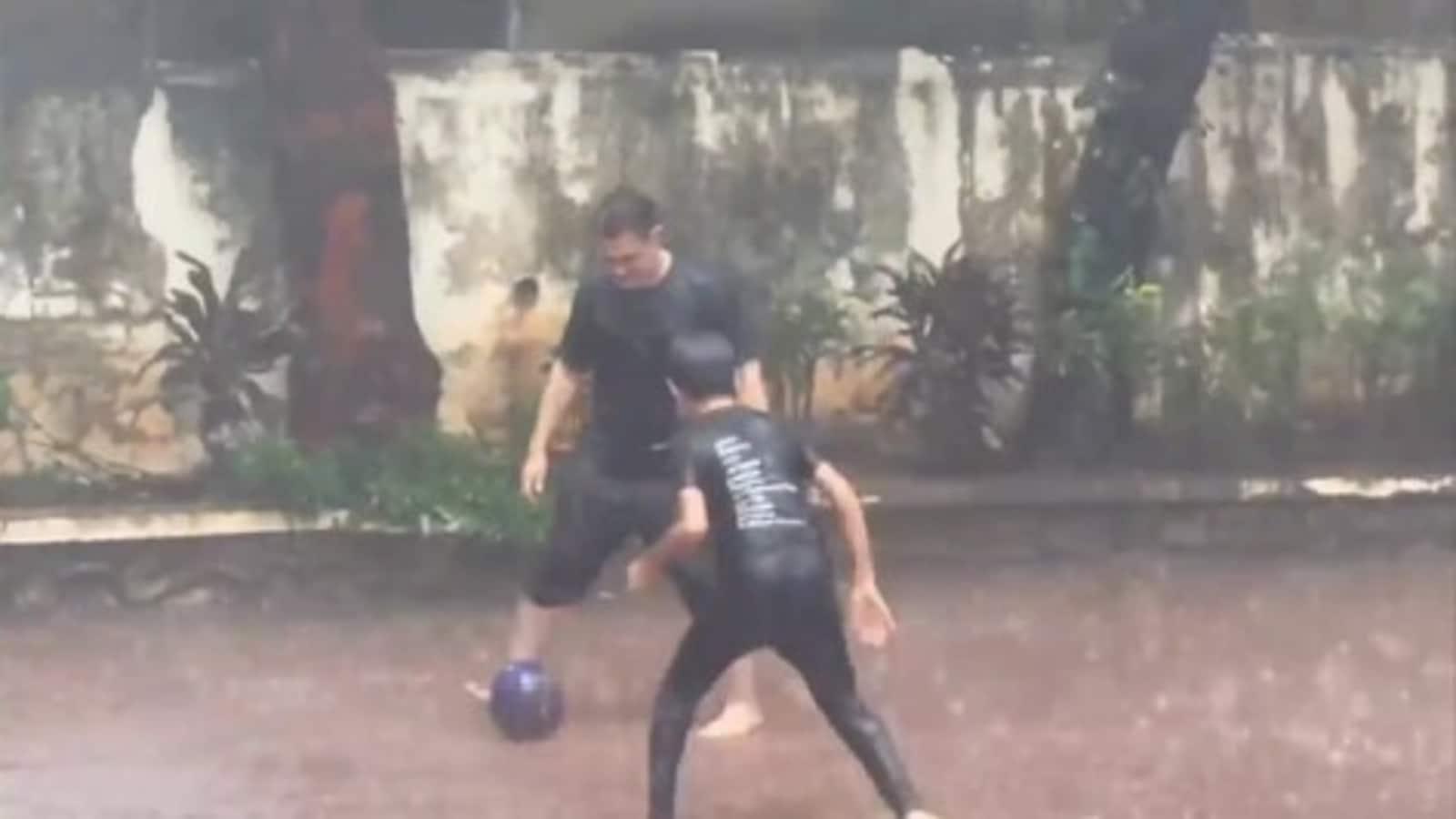 Aamir Khan and his son Azad Rao Khan made the most of Mumbai rains as they enjoyed a game of football amid heavy downpour. Aamir gave a glimpse of the rainy football session in a video on Instagram, and fans could not get enough of the father-son duo bonding session. Also Read| Aamir Khan wears daughter Ira Khan’s hairband as she shares their cute photo, wishes him ‘Happy Father’s Day’

The video was shared by Aamir Khan’s official production handle on Tuesday. It showed Aamir and Azad twinning in black T-shirts and playing football in the rain in a parking space. At one point, the duo argued over their scores. Azad told Aamir that he had scored three goals, while the latter argued that it was only one.

The Instagram post was captioned, “All fun and a lot of rains! Aamir & Azad enjoy the rains over a football session.” Fans flooded the post with comments, and said that they also want to join the match. One wrote, “That feeling is amazing (heart-eyes). Playing football under the rain is heaven.”

Another commented, “Omg, football with Aamir sir and rainy, this is crazy.” A fan called Aamir and Azad ‘cute,’ while another called the video ‘lovely.’ One fan told Aamir to take care of himself and not get sick in the rain, writing, “Be careful sir. Don’t be sick. We need you.”

Aamir co-parents Azad with Kiran Rao. Aamir and Kiran married in 2005, and welcomed their son in 2011 through surrogacy. They were married for 15 years before they announced their separation in July 2021.

Aamir is preparing for the release of Laal Singh Chaddha. The film, which is an adaptation of Tom Hanks-starrer Forrest Gump, also stars Kareena Kapoor, Naga Chaitanya, and Mona Singh. The film is scheduled for theatrical release on August 11.