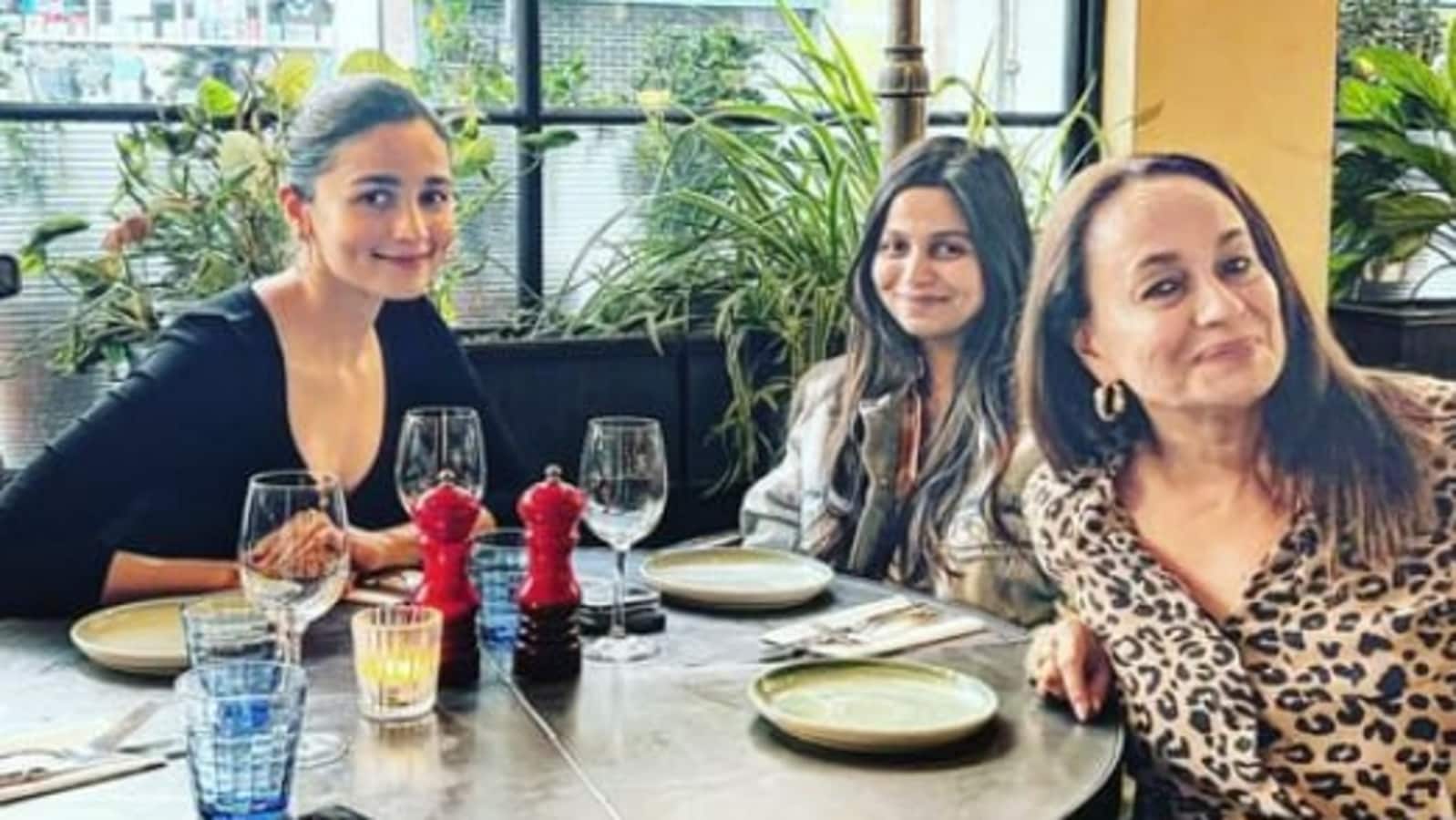 Soni Razdan has shared a photo with her daughters Alia Bhatt and Shaheen Bhatt. Soni was last seen in the Netflix show Call My Agent.

Sharing the photo, Soni wrote, “Hello there.” In the photo which was taken at a restaurant, the trio is seen posing for the camera. Reacting to the picture, Alia Bhatt wrote, “Hello mommy.” One fan commented, “Where you all are? Looking lovely and happiness all around.” Another one said, “This made my day.” While one dropped crying emoji and said, “Y’all can add location sometimes,” another one simply wrote, “Fam goals max.”

Soni got married to filmmaker Mahesh Bhatt in 1986. The couple had daughter Shaheen Bhatt in 1988 and Alia in 1993. Shaheen is a writer now and Alia is among the most popular young actors in Bollywood. Soni, meanwhile, has been enjoying a second innings of her career with different roles in films and OTT platforms. She was recently seen in Netflix’s Call My Agent with Ayush Mehra, Rajat Kapoor, Ahana Kumra and others. Also Read: Soni Razdan defends Mahesh Bhatt from nepotism claims: ‘My husband has given more breaks to newcomers than anyone else’

Alia is currently gearing up for the release of her upcoming film Brahmastra, which also stars her husband Ranbir Kapoor in lead role. She was recently shooting for the Netflix thriller Heart of Stone alongside actors Gal Gadot and Jamie Dornan. A spy drama, Heart of Stone is helmed by Tom Harper and also stars Sophie Okonedo, Matthias Schweighofer, Jing Lusi, and Paul Ready. She will also be seen in Karan Johar’s Rocky Aur Rani Ki Prem Kahani with Ranveer Singh, Shabana Azmi, Jaya Bachchan and Dharmendra.