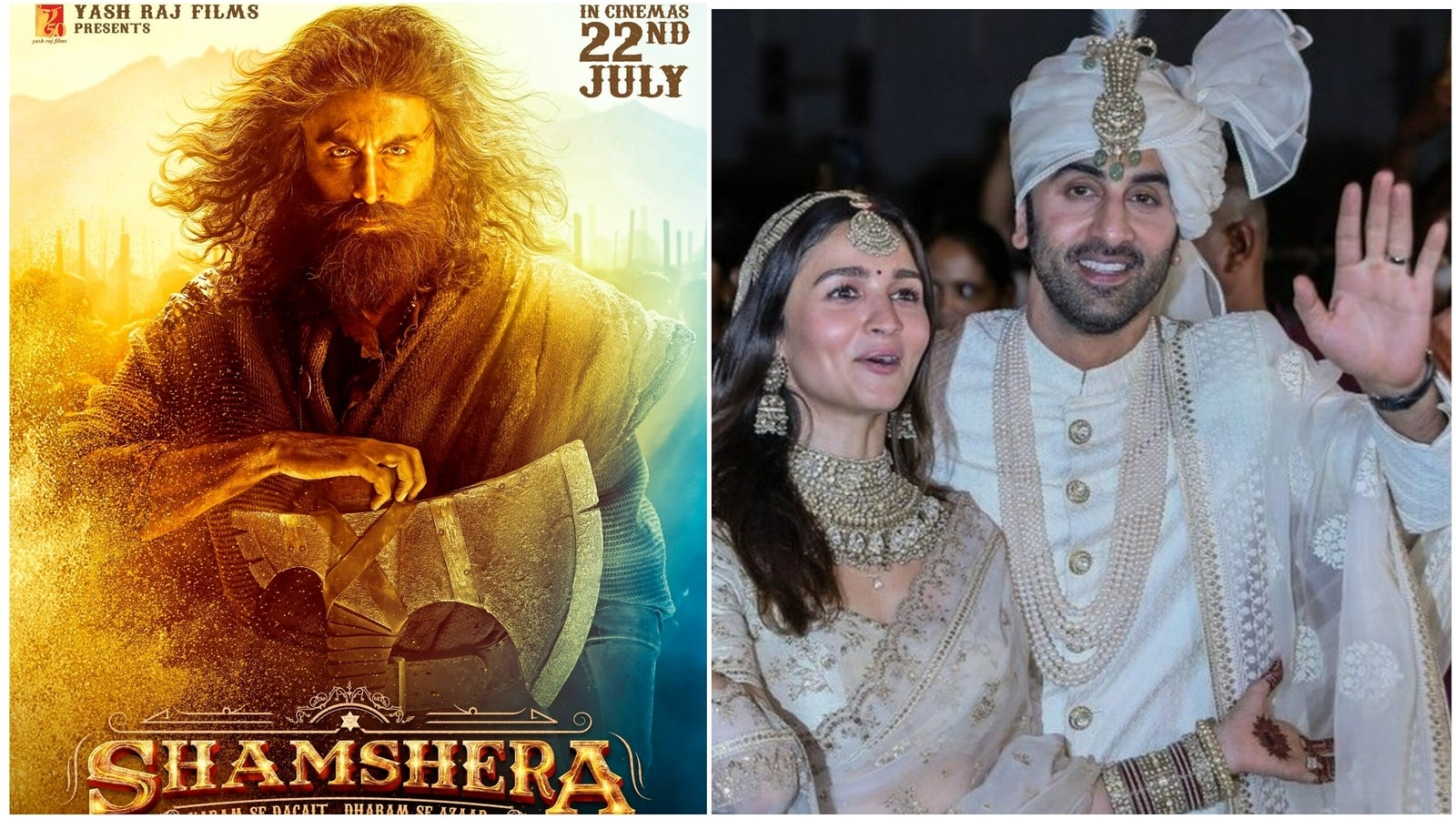 Alia Bhatt is cheering for husband Ranbir Kapoor as his first official poster from his upcoming film Shamshera released on Monday. She shared the poster on Instagram on Monday, days after it leaked on social media. Directed by Karan Malhotra, the film is set in the 1800s and chronicles the story of a dacoit tribe fighting for their right and independence from the British. Also read: Ranbir Kapoor’s look from Shamshera allegedly leaked online, fans compare to KGF

Sharing the poster on her Instagram page, Alia simply wrote, “Now that’s a hot morning .. I mean .. good morning,” along with a heart-eyes and a grinning emoji.

Sanjay Dutt, who also plays a prominent role in Shamshera, shared the first posters of the film on Instagram and wrote, “The legend of Shamshera is coming to your big screens on 22nd July! Experience it in @IMAX in Hindi, Tamil and Telugu.”

The story of Shamshera is set in the fictitious city of Kaza, where a warrior tribe is imprisoned, enslaved and tortured by a ruthless authoritarian general Shudh Singh. It is the story of a man who became a slave, a slave who became a leader and then a legend for his tribe. He relentlessly fights for his tribe’s freedom and dignity.

Ranbir, whose last release was Sanju, was set to kick start Shamshera campaign this week. However, all those plans were dashed as the film’s first poster leaked online. Expressing happiness for the love it received, director Karan said, “We keep planning our lives so that we land things at the perfect time but in doing so we forget that the Universe is always on time. Incidents like these are a true example of that! I’m just happy that people and fans of Ranbir Kapoor are loving his look and the poster of Shamshera.”

“We wanted to start our campaign mid-next week, but it looks like fans couldn’t wait for us to begin. I don’t blame them. They have waited for too long. Ranbir is returning to the cinemas after 4 years, and it is difficult to control the excitement. I’m just glad that the reactions are great,” he added.