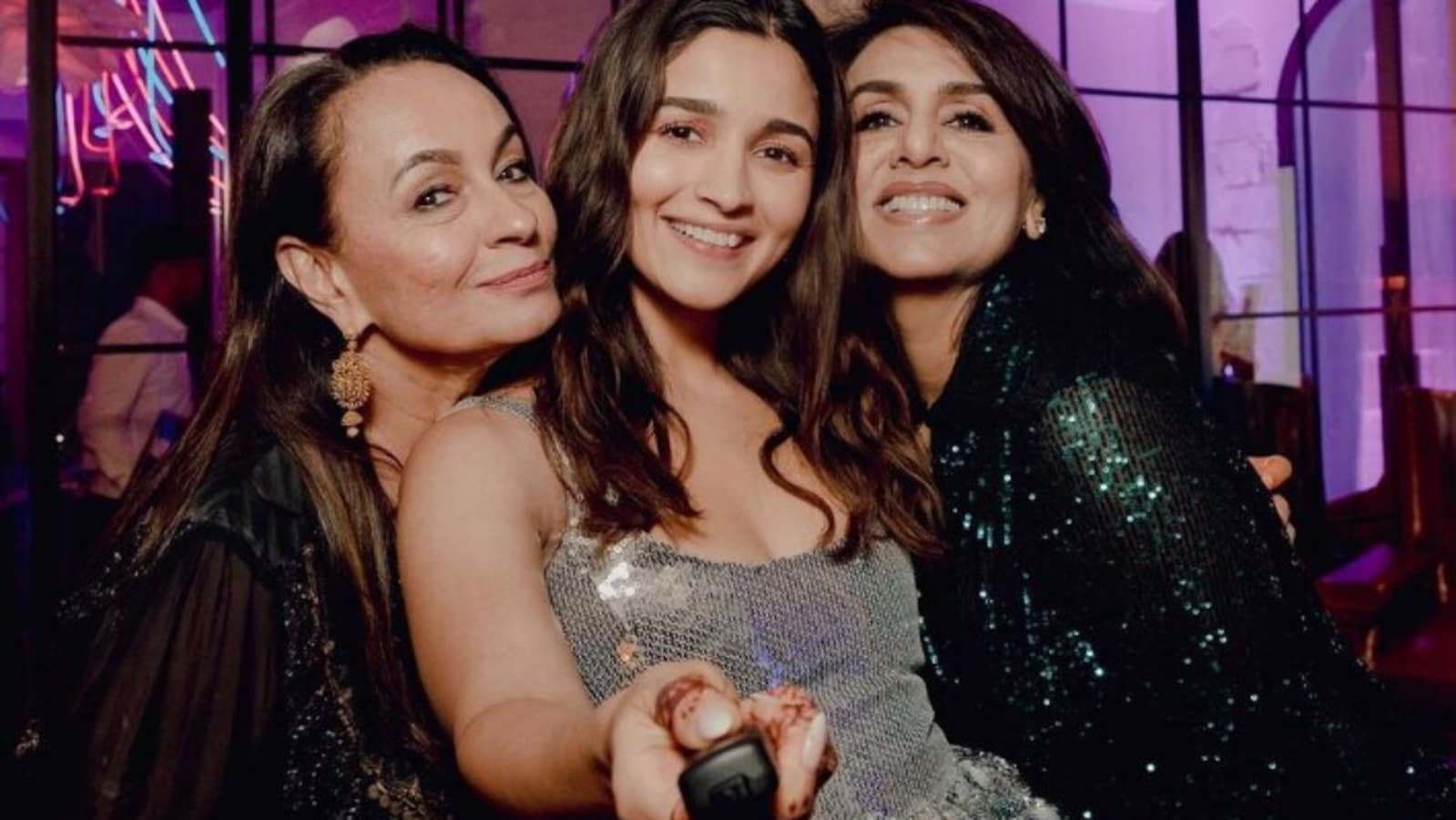 Alia Bhatt has shared an unseen image from her and Ranbir Kapoor’s marriage ceremony reception during which she posed together with her two moms– Soni Razdan and Neetu Kapoor. Alia shared the image on the event of Mom’s Day on Saturday, Might 8, and wished Soni and Neetu. Additionally Learn| Neetu Kapoor offers an replace on ‘bahu’ Alia Bhatt as paparazzi ask her about it. Watch

Alia captioned the image, “My stunning stunning moms,” including a yellow coronary heart and a purple coronary heart. She added, “Joyful Moms Day – ALL DAY EVERYDAY!” The {photograph} was a selfie clicked by Alia at her marriage ceremony reception, during which she had her mom Soni on one facet and her mother-in-law Neetu on the opposite. Bharat Sahni, Neetu’s son-in-law, photobombed the image and peeked from behind Alia and Neetu’s heads.

Neetu had launched Alia as her “bahurani (daughter-in-law)” after her son Ranbir Kapoor tied the knot with the actor at their house on April 14. Sharing an image of the newly-weds, Neetu had written, “Chote kapoor saab and my bahurani.”