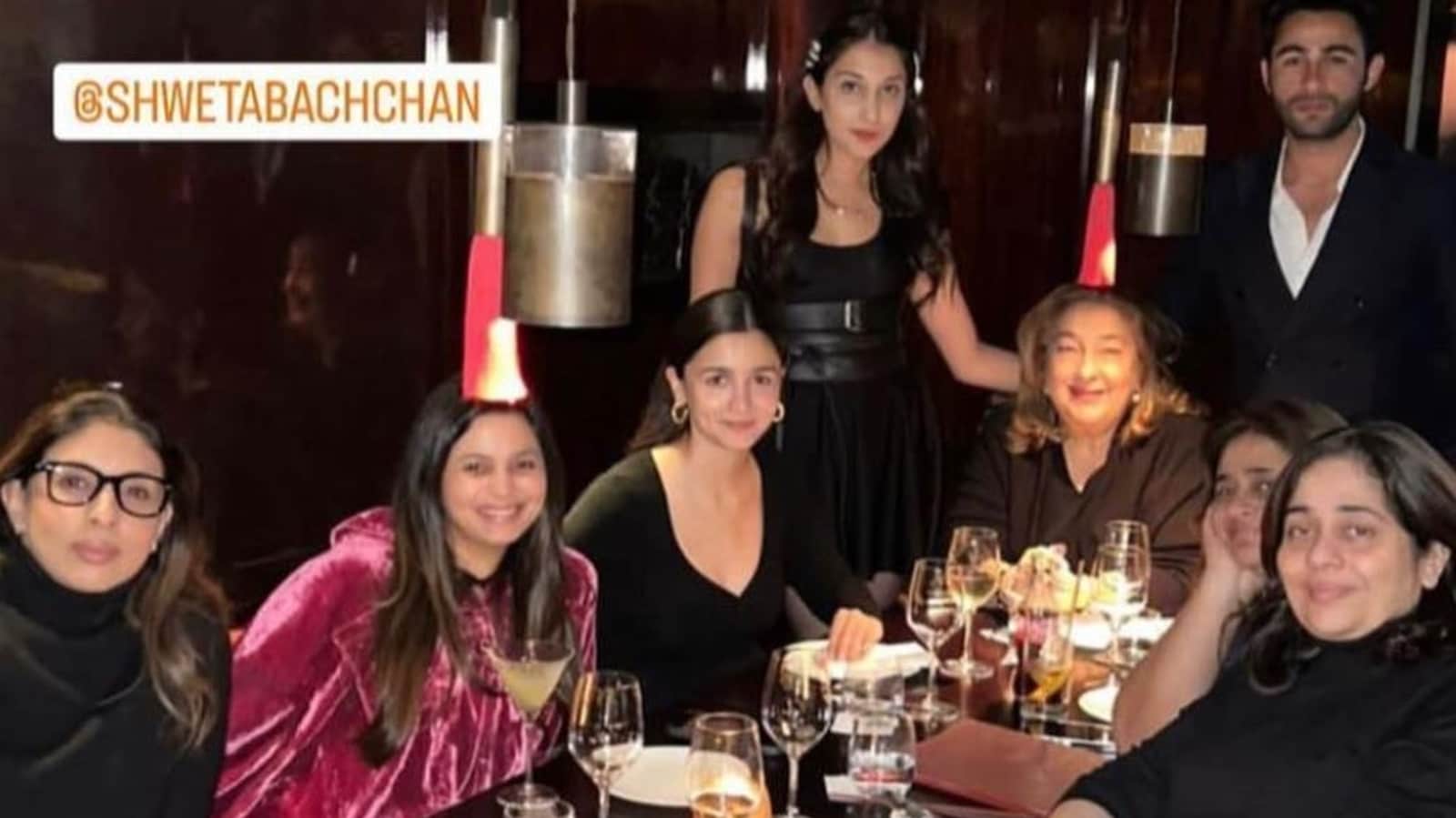 Actor Alia Bhatt, who is currently shooting for her Hollywood debut in London, recently took a break from the shoot. She met her husband-actor Ranbir Kapoor‘s extended family in the city over dinner. Taking to Instagram, Ranbir’s cousin Armaan Jain posted a photo as he posed with his family members. All of them were seen seated around a table at a restaurant. (Also Read | Alia Bhatt reacts to Ranbir Kapoor’s fierce avatar on Shamshera poster: ‘Now that’s a hot morning’)

For the outing, Alia wore an all-black dress and golden earrings while Shaheen opted for a pink outfit. All the other members were also seen dressed in black dresses. The table was laden with glasses and plates. The group posed and smiled for the picture.

In a video shared by a fan account on Instagram, Alia was also seen with actor Saif Ali Khan as they shared a conversation and laughed. Anissa and Armaan were also seen with them. Armaan pulled Alia’s cheeks in the video.

Recently, Alia went out for lunch with her mother Soni Razdan and Shaheen at a restaurant. Taking to Instagram, Soni posted a photo as the trio smiled as they posed for the camera. She captioned the post, “Hello there.” Alia commented, “Hello mommy.” While Soni wore an animal print shirt, Alia opted for a black outfit.

Currently, Alia is shooting for Netflix’s Heart Of Stone, billed as a spy thriller. The film also features Gal Gadot and Jamie Dornan. The project will be helmed by British filmmaker Tom Harper. Greg Rucka and Allison Schroeder have contributed to the script.

Alia will also feature in Ayan Mukerji’s Brahmastra along with Ranbir Kapoor, Amitabh Bachchan, Nagarjuna and Mouni Roy. The film is ready to hit the theatres on September 9, 2022, in 2D and 3D.