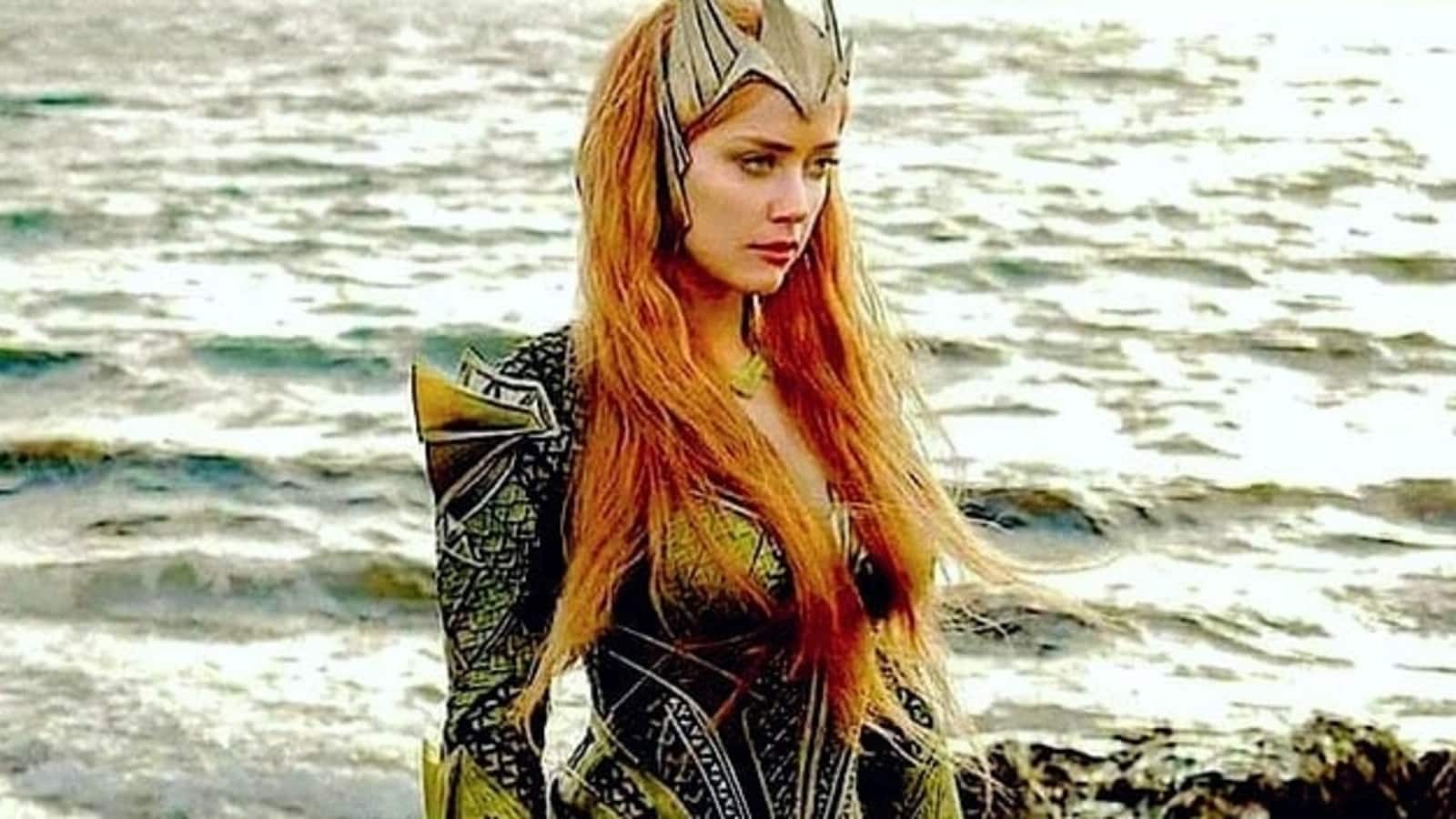 After a new report claimed that actor Amber Heard is being fired from DC’s Aquaman and the Lost Kingdom and replaced by another actor, the actor has responded. The report had claimed that Warner Bros decided to replace Amber after screen testing the film with a select audience. However, a representative of Amber has called the report ‘inaccurate’. Also read: Amber Heard on receiving ‘hate and vitriol’ during trial against Johnny Depp: ‘You cannot tell me this has been fair’

The report came merely days after Amber lost a heavily-publicised defamation trial against ex-husband Johnny Depp in a Virginia court. The court ordered Amber to pay Johnny $10.35 million in damages, saying she had defamed him when she alleged he abused her during their marriage. Through the trial, there was an online petition to get Amber removed from Aquaman, which reached over 4 million signatures by June.

Just Jared quoted a source saying Warner Bros–the studio behind Aquaman and the Lost Kingdom–was trying to remove Amber from the film. “Warner Bros. decided to recast Amber Heard’s role after screen testing the movie. They are going to be doing reshoots with Jason Momoa and Nicole Kidman,” the source said.

There had been a lot of chatter online with Johnny Depp fans urging Warner Bros to fire Amber from Aquaman 2, just like Johnny had been replaced from the Fantastic Beasts franchise after Amber had levelled similar allegations against him earlier. After the report, many speculated that Warner Bros had finally succumbed to that pressure. When The Blast reached out to Amber for a comment, a spokesperson for the actor responded, “The rumour mill continues as it has from day one — inaccurate, insensitive, and slightly insane.”

Amber plays Mera in Aquaman and the Lost Kingdom, which stars Jason Momoa in the titular role. The film, a sequel to the 2018 film Aquaman, also stars Nicole Kidman, Willem Dafoe, Patrick Wilson, Dolph Lundgren, Yahya Abdul-Mateen II, and Temuera Morrison. The film is scheduled to release on March 17, 2023.