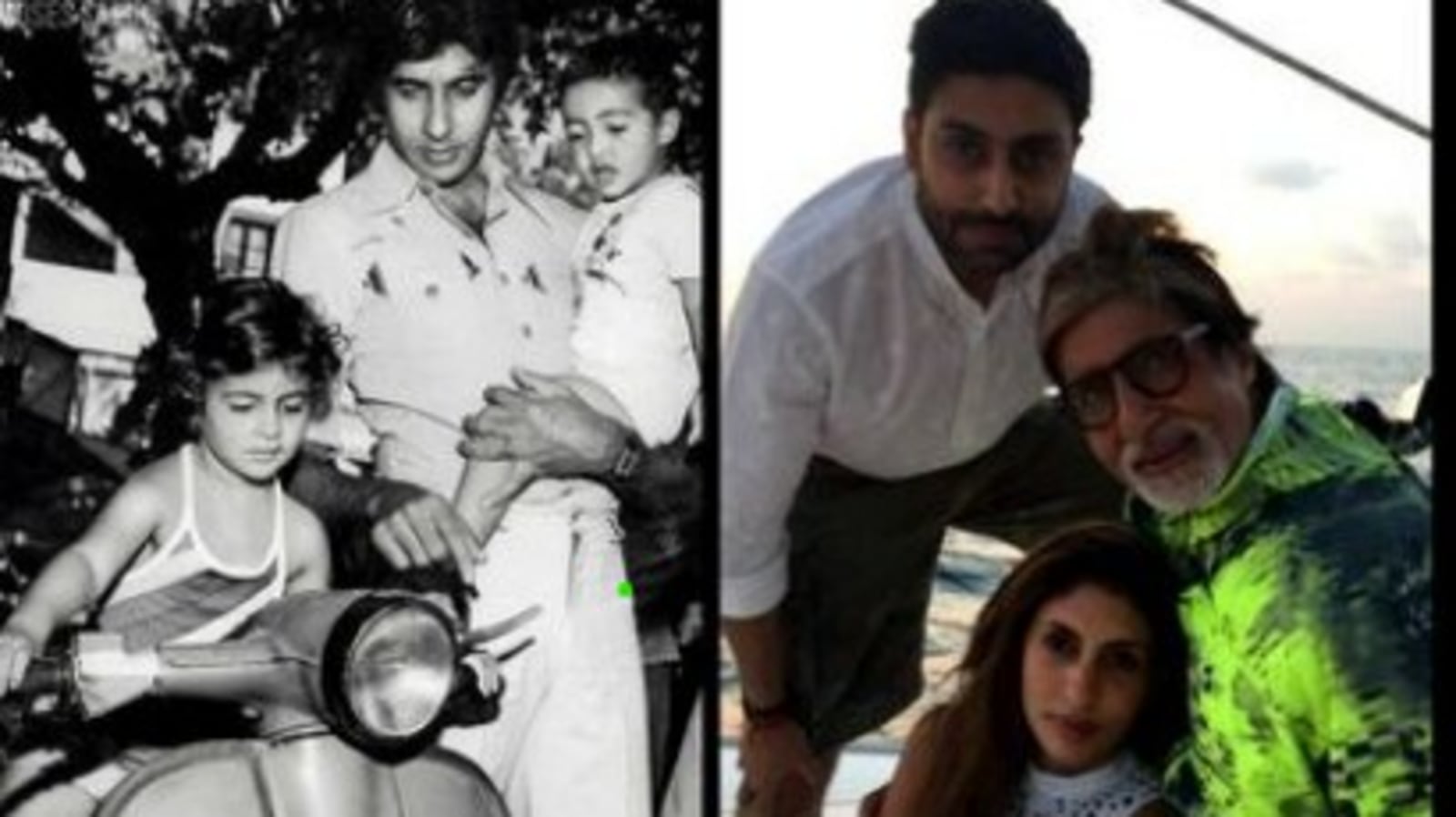 Actor Amitabh Bachchan shared a photo collage on his Instagram account on Tuesday. One of the pictures was an old photo of a young Amitabh with his children Shweta Nanda and Abhishek Bachchan. The second photo was a new one featuring the trio. Also Read: Shweta Bachchan asks ‘papa’ Amitabh Bachchan about 1000 KBC episodes, emotional actor says show changed his world

Sharing the collage, Amitabh wrote, “Ek din aise they, phir aise ho gaye (Once we were like this, and now we are like this).” The left photo was a monochrome one, in which Amitabh is seen carrying Abhishek in his arms while Shweta stood on a scooter. The right picture was a new photo of them.

Many fans dropped heart emojis in the comments section. Complimenting them, one fan commented, “Squad Goals.” Mesmerised by the pictures, another person dropped purple heart emojis and wrote, “Old memories with new memories.”

Amitabh often shares throwback pictures from Abhishek and Shweta’s childhood. Shweta is the elder of the two and married businessman Nikhil Nanda in 1997. She has a daughter, Navya Naveli Nanda, and a son, Agastya Nanda. Shweta has published a book titled, Paradise Towers, and has collaborated with Monisha Jaisingh for a fashion line.

Abhishek and Shweta appeared together on Koffee With Karan in 2018 where they talked about their parents and their bond. Karan asked them who is their parents’ favourite child and while Shweta took Abhishek’s name, Abhishek claimed Shweta was their father’s favourite. Shweta said Jaya’s eyes light up every time Abhishek enters a room, much like her reaction on seeing Shah Rukh Khan in Kabhie Khushi Kabhie Gham. Abhishek said their father wouldn’t care about anyone else and their opinions once Shweta is in the room.

Currently, Amitabh awaiting the release of Ayan Mukerji’s Brahmastra, which will also star Alia Bhatt and Ranbir Kapoor. The film will release on September 9. He also has Goodbye in the pipeline, in which he will play the role of Bhaskar Prajapati. Apart from Amitabh, the film also stars Rashmika Mandanna and Neena Gupta.