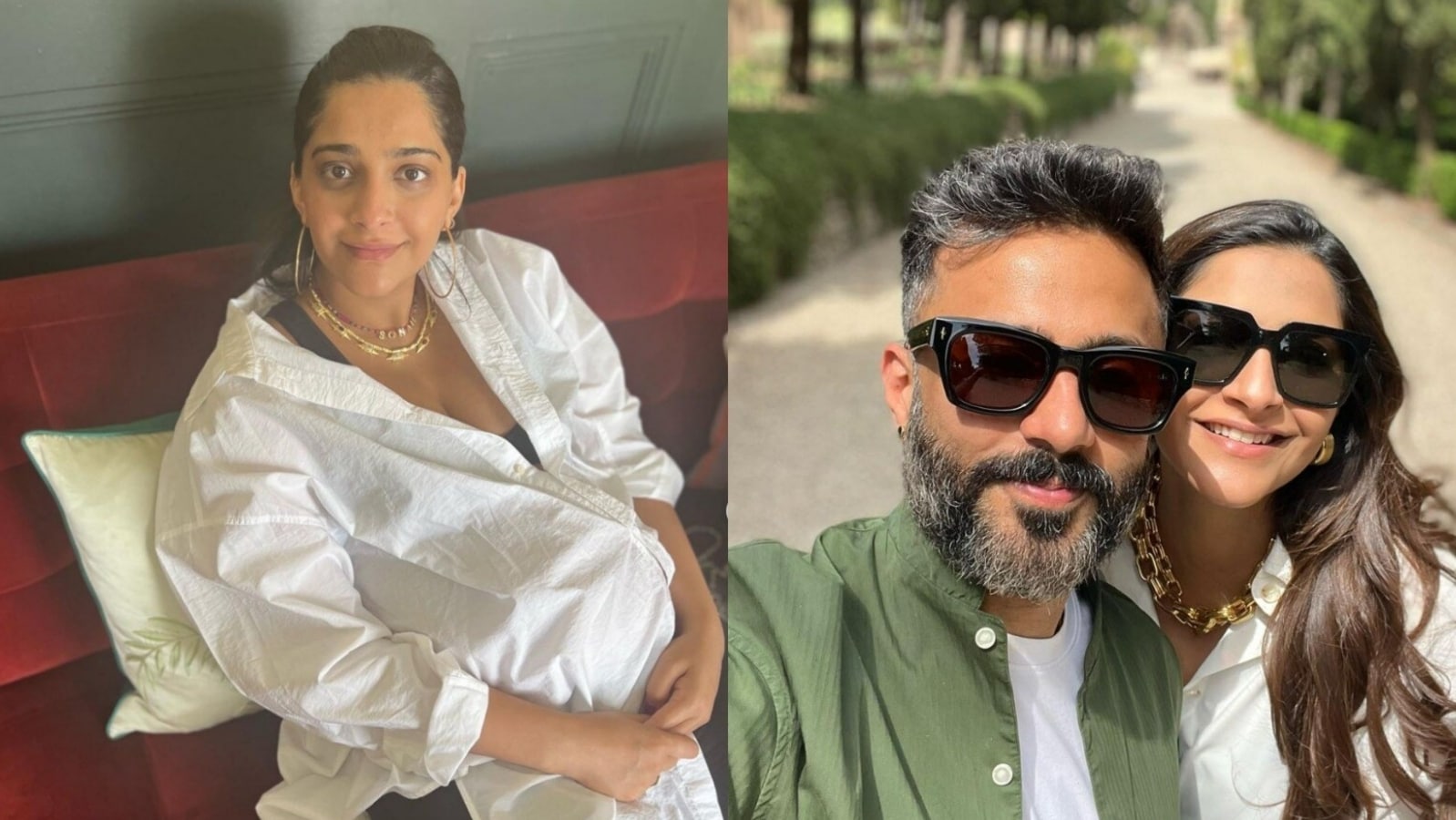 Sonam Kapoor has reacted to a series of candid pictures of herself clicked by her husband, businessman Anand Ahuja. On Thursday, Anand took to his Instagram handle and dropped pictures of the actor who is expecting their first child. The couple recently held a baby shower, which was attended by their close friends and family. (Also read: Inside Sonam Kapoor’s ‘chic’ baby shower with customised menu for each guest and dreamy decor)

In the latest pictures, the mom-to-be posed in a white baggy shirt with dark grey maternity pants as she sat on a couch. Accessorised with gold-tone jewellery, Sonam appeared to be in her no-makeup look as she held her baby bump in all pictures. Sharing the pictures, Anand wrote in the caption, “Love every moment @sonamkapoor.” Responding to the post, Sonam commented jokingly, “I’m a whale” with an emoji of a whale. The actor’s mother Sunita Kapoor has also reacted to the pictures with emojis in the comment section.

Sonam and Anand recently turned hosts for the actor’s baby shower. From a customised food menu to artist Leo Kalyan performing live for the guests, many pictures and videos from the intimate celebration were earlier doing rounds on social media. On the occasion, Sonam stunned everyone in a pink flowy dress. Her sister and film producer, Rhea Kapoor was also a part of the event. Anand and Sonam are currently in London.

Sonam and Anand tied the knot in May 2018. They moved to London in 2020 and announced their pregnancy in March 2022. They shared pictures from their maternity photoshoot and said, “Four hands. To raise you the very best we can. Two hearts. That will beat in unison with yours, every step of the way One family. Who will shower you with love and support. We can’t wait to welcome you, the couple wrote.”

Sonam will next be seen in Shome Makhija’s film Blind. It also stars Purab Kohli, Vinay Pathak, and Lillete Dubey.