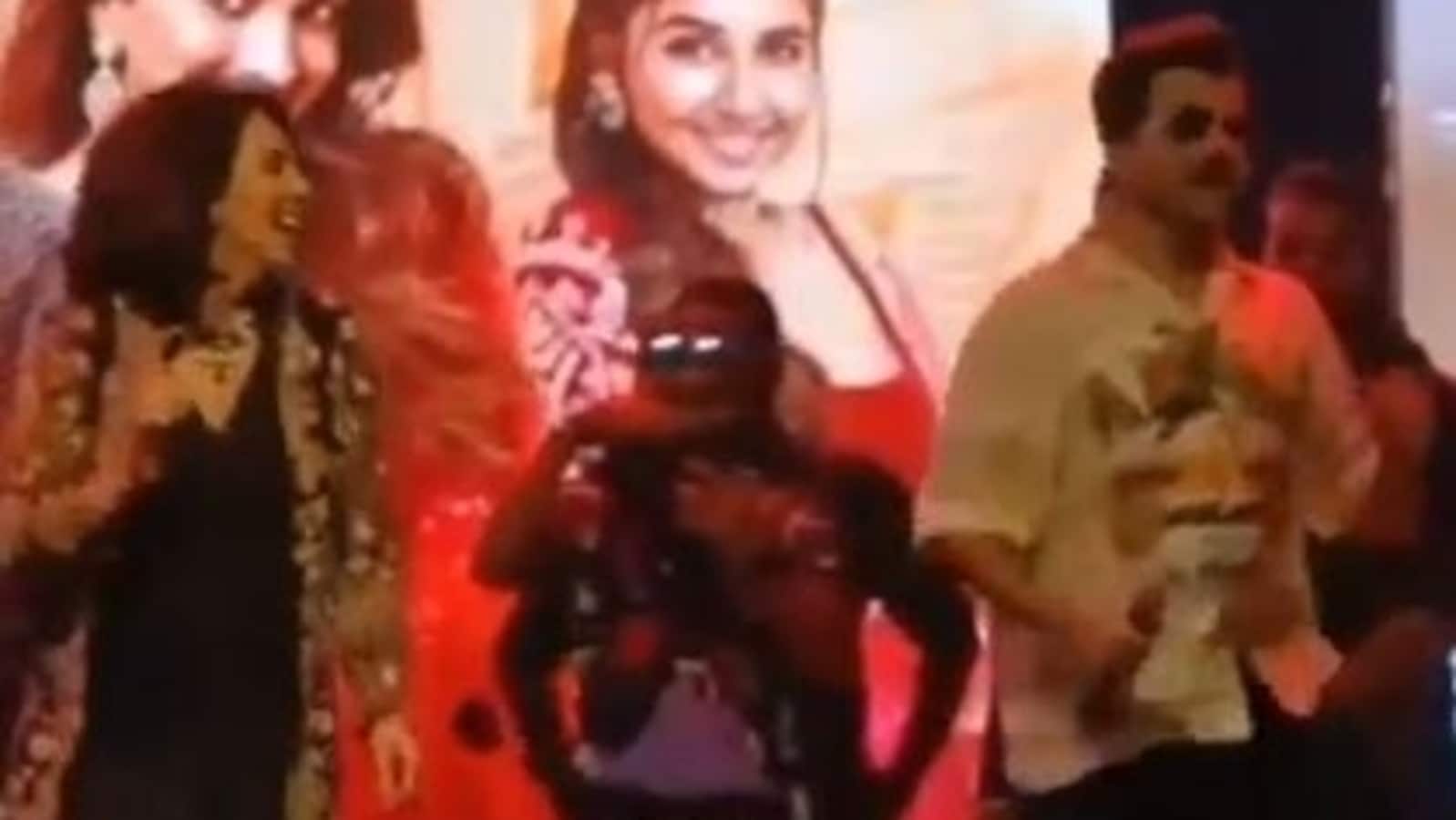 Actors Anil Kapoor and Neetu Kapoor, who are currently travelling to cities for the promotion of their upcoming film JugJugg Jeeyo, danced to the song Ek Main Aur Ekk Tu. In a video shared by trade analyst Ramesh Bala, Neetu and Anil were seen on a stage along with Kiara Advani, Varun Dhawan and Maniesh Paul. The original song, from Khel Khel Mein (1975), featured late actor Rishi Kapoor and his wife Neetu. (Also Read | Neetu Kapoor missed awards function, as she could not go without Rishi Kapoor: ‘I feel awkward, need my son or husband’)

In the clip, Anil was seen lip-syncing and doing one of the steps of Rishi from the song. Neetu was also seen grooving to the track. The audience present at the venue was seen cheering for the duo.

As the video continued, Anil was also seen lip-synching to his song My Name Is Lakhan from Ram Lakhan (1989). While Anil did the hook step of the song, Neetu, Kiara, Varun and Maniesh also joined him. Ramesh Bala shared the video and wrote, “#AnilKapoor and #Neetu Kapoor’s energetic dance on iconic song Ek main aur ek tu in Delhi during #JugJuggJeeyo promotion.”

JugJugg Jeeyo, directed by Raj Mehta, is a comedy-drama which has been produced by Dharma Productions. The film marks Neetu Kapoor’s comeback and is all set to hit the theatres on June 24. Apart from Varun, Kiara, Anil, Neetu and Maniesh, the film also marks the Bollywood debut of social media influencer-actor Prajakta Kohli.

Recently, Neetu spoke about her comeback and Rishi with news agency PTI, “The first day I went on set, I also posted a picture that this was the first time I was stepping outside the house without him. I’m sure he was blessing me, making things easy for me. But to be honest, it was difficult to not act with him. It was tough. Even today, when I’m called for a function, I can’t go. I can go for a shoot, but I can’t go for a film function without him.”

She also added, “Recently, I was invited to a big event, where they wanted to give me an award but I cannot go without him. I feel awkward going alone. I still don’t have that confidence. I need my son or my husband with me. Maybe it’ll take me time to get used to that part. As an actor, I can go and work because there’s my team, they’re with me and so I feel okay. But not otherwise, not now.”