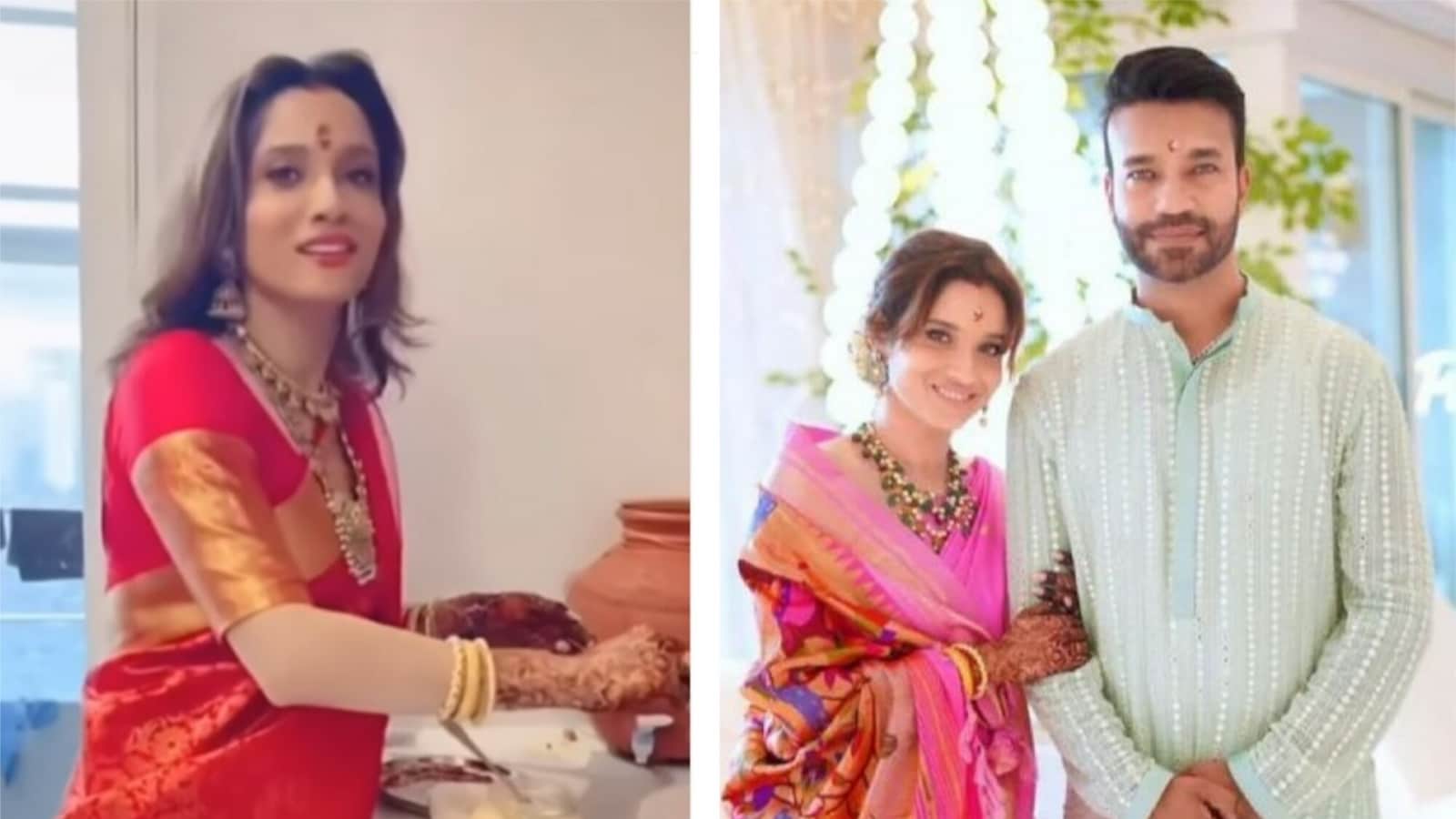 Ankita Lokhande and husband Vicky Jain have finally moved to their new home. As part of the griha pravesh puja, Ankita made a sweet dish in her new kitchen and shared the video on Instagram Stories. The couple recently won reality show Smart Jodi and was handed over a prize money of ₹25 lakh. Also read: Ankita Lokhande-Vicky Jain win Smart Jodi, take home ₹25 lakh prize: ‘We won because we were real’

Ankita shared a video in which she is seen in a red and golden saree, preparing halwa in the kitchen. The person recording the video seems to be teasing her about making halwa.

Ankita had earlier announced moving to her new home with a candid picture. She shared a photo in which she was seen in a pink saree and henna-decorated hands, with Vicky holding her pallu. She captioned it, “Cheers to the new beginnings baby #newhome #blessedwiththebest.”

Her Manikarnika co-star Kangana Ranaut commented on her post, “Congratulations.” TV actor Daljiet Kaur also wrote, “God bless you both with tonssss and tonssss of happiness and togetherness in this house … with abundance of luck.” A fan reacted, “Excited to see your new home.”

Ankita and Vicky recently won Smart Jodi, defeating several other couples to lift the trophy. They were handed over the trophy by actors Riteish and Genelia Deshmukh. Sharing the video on Instagram, Ankita wrote, “Look how far we’ve come my baby. We are meant to be. We were meant to MAKE IT LARGE. #anvikikahani.”

Opening up about their win, Ankita had told ETimes in an interview, “He was very good on the show. I also learnt that Vicky shares the same competitive spirit like me, and in fact, he is better than me. I thought Vicky would be camera-shy, but he was a perfect entertainer, lovable and could even outshine me in many ways. Both of us are fit and communicate well, too.”`