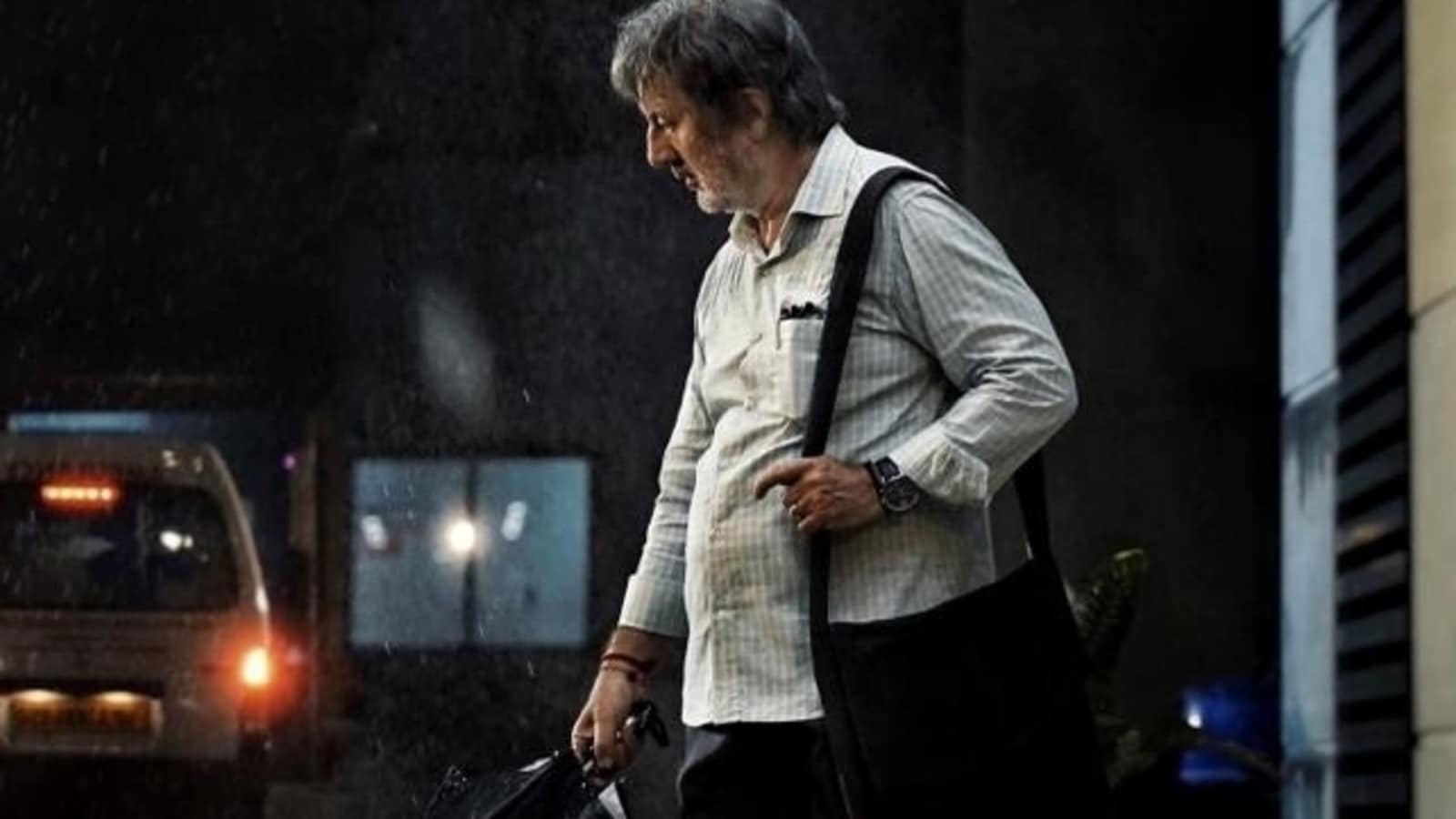 Anupam Kher had been filming his upcoming project, titled, The Signature, since a few weeks. The actor has now wrapped up the filming and unveiled the film’s poster. He is seen as an office-going old man, looking tired as he is about to cross the road, while holding a bag on his left shoulder and an umbrella in the other hand. Also read: Anupam Kher left amused as girl refuses to confirm he is a ‘good uncle’ even after having chocolates brought by him

The actor had earlier announced The Signature is his 525th film, and also stars Mahima Chaudhry. The film is directed by National Award-winning filmmaker Gajendra Ahire and produced by KC Bokadia. It is billed as a touching story of a common man. It also stars Ranvir Shorey, Neena Kulkarni, Manoj Joshi, Sneha Paul.

Mahima is making her acting comeback in Bollywood with this film. It was during the filming that the news of Mahima’s battle with cancer came to light. Anupam had shared a video featuring him and Mahima, in which she talked about her cancer diagnosis. She shared that Anupam called her to do his film when she was getting treated in the hospital. She said that she has been receiving calls to do web shows and films, but she couldn’t say yes because she had no hair. She later got emotional and said that she asked Anupam if she can do the film with a wig as she lost hair due to chemotherapy.

Anupam had also shared a video of his photo shoot with her and called her a “hero” in the caption.  wrote, “Sometimes you gotta laugh through the tears, smile through the pain so that you can live through the sorrows!”

Anupam was last seen as a Kashmiri Pandit in Vivek Agnihotri’s The Kashmir Files. The film was a blockbuster with worldwide gross collection of over ₹300 crore.