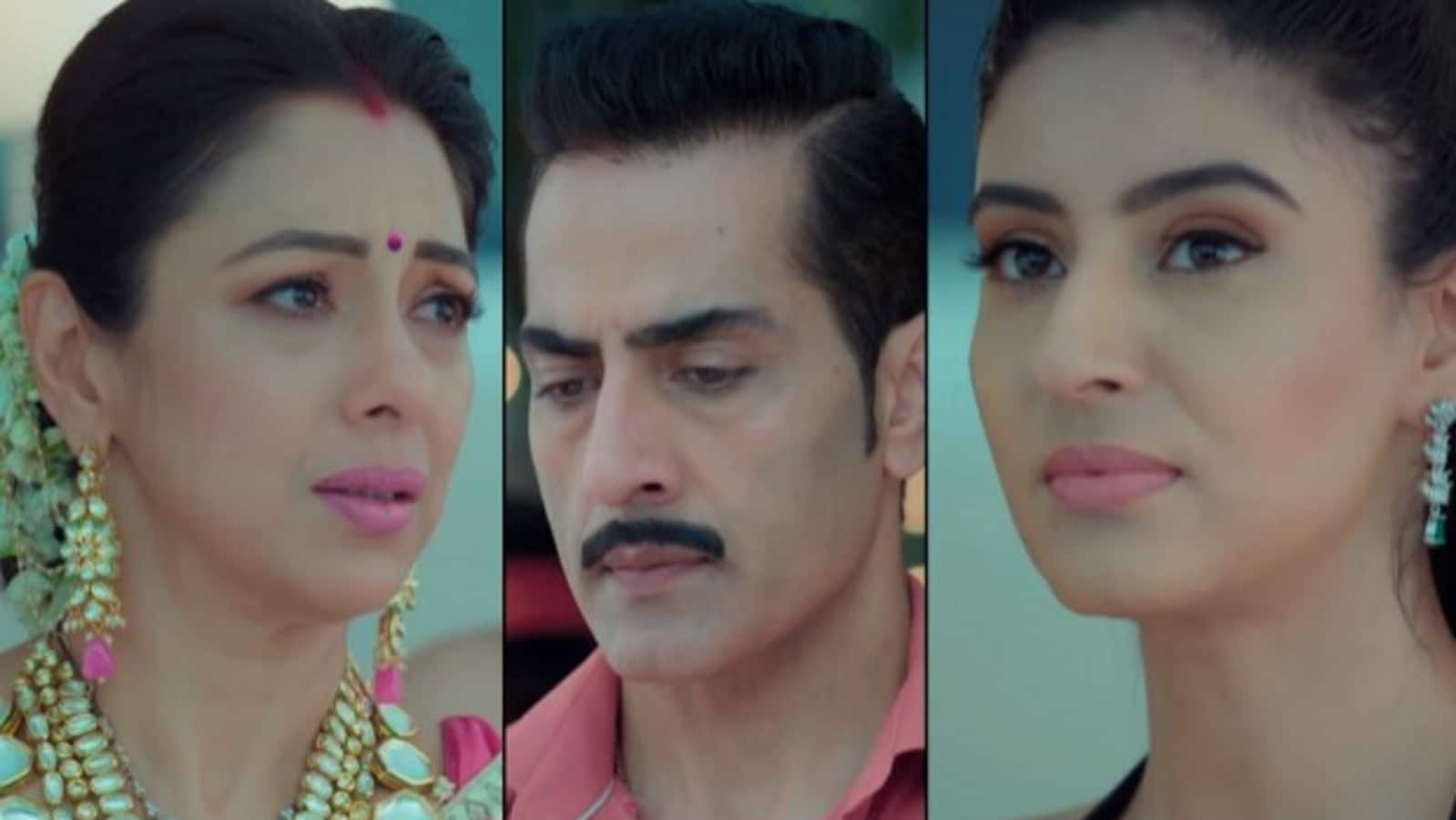 In the latest episode of Anupamaa, Anuj and Anupamaa enter their new home. Barkha will take the opportunity to enter the Kapadia empire. Vanraj and his family will meet a huge shock coming to Anupamaa’s party. (Also Read | Anupamaa written update June 10: Anupamaa feels like a stranger in her house, Barkha plans to enter the Kapadia business)

Anuj and Anupamaa arrive for the housewarming party. Anupamaa gets worried looking at all the media crowding over them. Anuj holds his wife’s hands and makes sure she feels okay. Anupamaa is finally ready to enter the party, only it’s not her party. Barkha makes sure that she overtakes the party so that all the media attention remains on her and Ankush. Clearly, her plan is to make sure that the media knows that Ankush and she have come back to handle the Kapadia business with Anuj.

Anuj tries to introduce Anupamaa to everyone, but here also Barkha keeps on breaking in. Anupamaa gets anxious. She is unhappy because the guests enter the house before GK or Anuj could enter and finish the rituals. Anuj comforts her and they together worship Lord Ganesha at the door. Anupamaa and GK stay distant at the party as they do not enjoy Barkha’s way of housewarming. Will Anupamaa find out Barkha’s true intention or will Barkha be able to fulfil her plans?

Vanraj is stopped at the door

What is worse for Anupamaa than the already disappointing party, her own family being restrained from entering the house. Vanraj and the entire Shah family arrive for the party. Kavya and Leela are stunned to see Anupamaa’s new house. Pakhi also points out their middle-class clothes and appearance, to which Hasmukh explains to her that they should value the person more than his appearance like Anupamaa. Vanraj feels worried about the party.

As they enter the party, one of the guards stops them and finds out that their name is not on the guest list. This agitates Vanraj to the point that a lot of commotion happens outside Anupamaa’s house. Barkha reaches there and disrespects Hasmukh and Vanraj even further considering them outsiders who just came for the food. Thankfully, Anupamaa reaches on time and clears the misunderstanding. However, it seems that the damage is already done. Anupamaa succeeds in winning Hasmukh’s apology back but Leela and Vanraj are still angry. She manages to bring them in, but the tension between Barkha and her family continues to rise.

In the upcoming episodes, we will see more obstacles in Anupamaa’s life as Barkha will continue to take over the party and subsequently the business. She will also try to disrespect Vanraj further. The tension between Barkha and Anupamaa will reach its peak as the two clash over the new house. Keep reading for all updates.