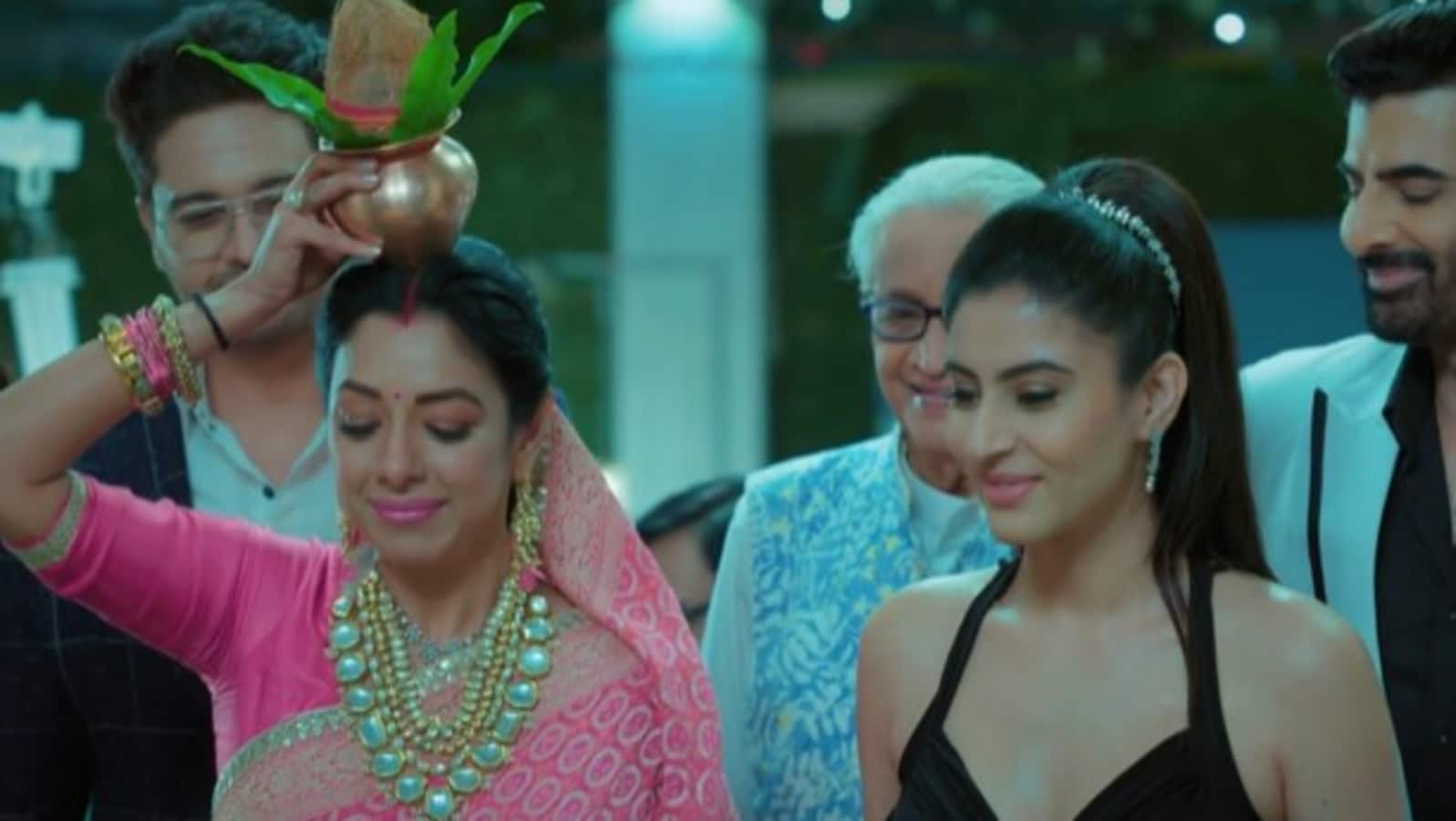 In the latest episode of Anupamaa, she continues to stand against Barkha and her party. Though the duo come together for rituals, Barkha argues with Anupamaa’s idea. Anuj shares an interesting idea. Read this full article to find out who is going to win in this clash of values between Anupamaa and Barkha. (Also Read | Anupamaa written update June 13: Barkha feels embarrassed after Anupamaa tells her importance of rituals over party)

While Barkha invites everyone for dancing, Anupamaa stops the music and replaces it with chants. She gives Barkha a good long explaination on why they should do the rituals first and Barkha finally had to give in. She feels embarrassed asking her guests to leave their shoes outside, but she has to endure as it is not her house yet. Vanraj notices her discomfort and realizes her ill intentions. Meanwhile, Anupamaa and Anuj prepare for the rituals.

They clean the house with the help of Samar, Toshu, Pakhi and Sara. As the rituals start, Barkha gets more and more anxious over her authority in the house. She realizes that whoever is going to be in-charge in today’s events, the media will consider them in-charge of the Kapadia empire. However, she seems to be losing against Anupamaa.

Anupamaa and Barkha come together

It’s time for the final ritual now. The entire family leaves the house, so that the owner of the house can enter first with the holy ‘kalash (pot)’ on their head. Anuj asks Anupamaa to enter the house as she is the owner of the house. Barkha feels lost in her own game as now it will be clear to everyone who the real owner is. However, she is stunned to see that the greed for power that she has is not what Anupamaa aspires to. Anupamaa brings her together for the final ritual as they both are daughters-in-law of the family and deserve equal position in all rituals.

The entire family then enters the house together making it a home for all and not of one person. The next clash between Anupamaa and Barkha happens when Anupamaa is about to put hands full of turmeric on the walls of their drawing room as part of the veneration. Barkha argues against it, but Leela doesn’t stay quite this time. She explains the importance of these rituals and the situation gets a little heated. Vanraj calms Leela down but Barkha remains firm on her decision.

Anupamaa finally explains to her that she cannot give away with the rituals but she doesn’t want to disrespect Barkha as well. So what happens next is a happy shock to everyone. Anuj comes with an interesting idea and brings a white chart sheet for the ‘haldi’ rituals.

All the family members put their hands there and the ritual is completed without painting the walls. This time, Anupamaa has saved her values against Barkha’s plans but her life ahead is not going to be so easy anymore. Barkha is adamant on winning the Kapadia business back so she will keep on coming with new ideas and plans against Anupamaa. Keep watching this space to know more.