Anupamaa written update June 15: Anupamaa and Barkha’s guests get into altercation over Hasmukh 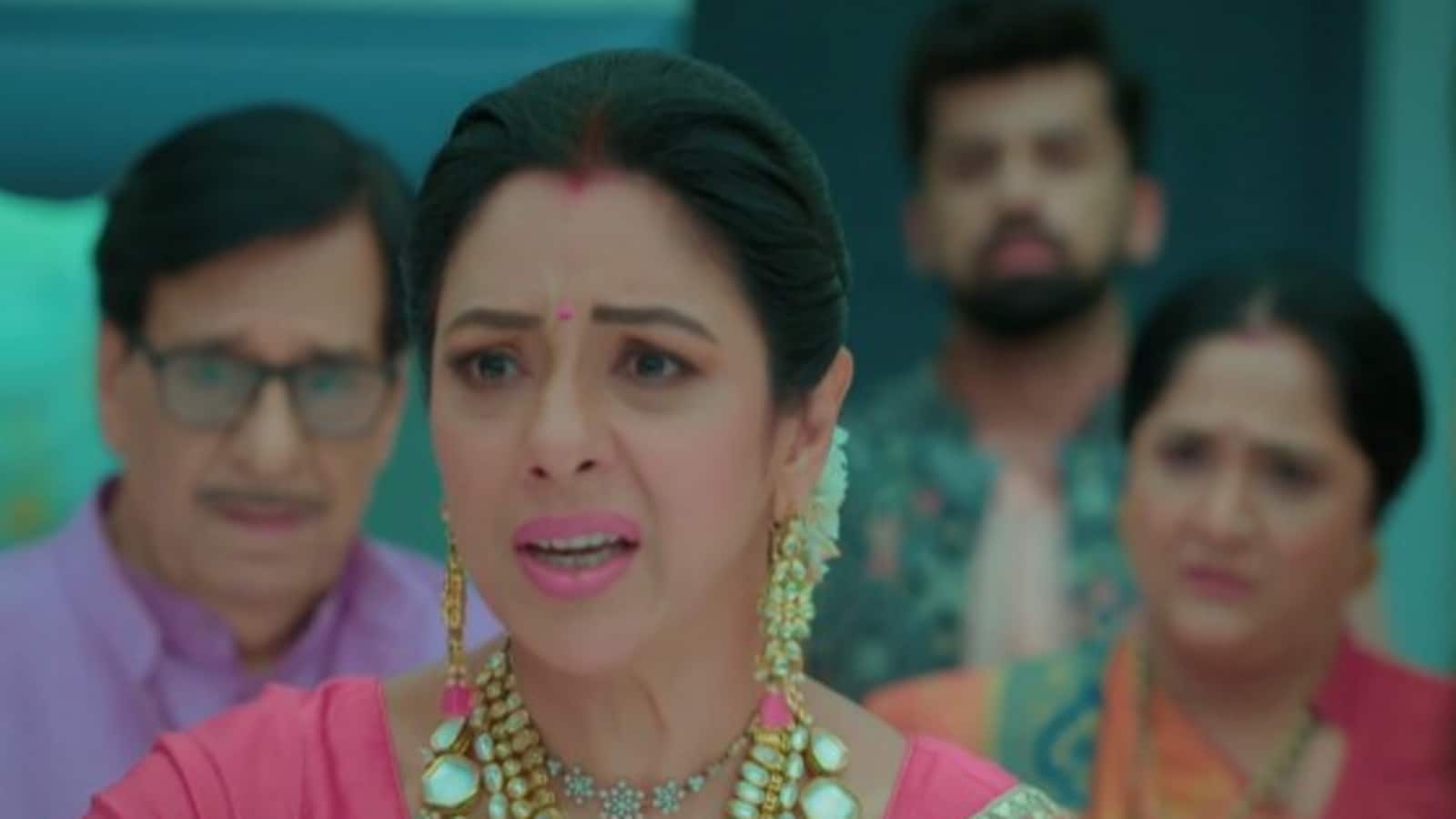 In Anupamaa, Barkha has been trying to sabotage Anupamaa’s rituals and take over the party since the beginning. So far Anupamaa managed to tolerate her behaviour and work her way through it. However, in the latest episode of Anupamaa, things go a little out of hand as one of Barkha’s guests disrespects Anupamaa’s dearest Bapuji, Hasmukh. Read this full article to know more. (Also Read | Anupamaa written update June 14: Anupamaa and Barkha come together for rituals, Anuj shares interesting idea)

The curious case of the nameplates

Finally, Anupamaa has completed the rituals before Barkha could start her party. After the veneration, Barkha and Anuj both leave to bring a surprise gift for the new house. As the two come together, Ankush asks both to reveal their gifts at once. The exciting part comes when the gift wrapper is out and we see the gifts.

Both Anuj and Barkha thought of the same gift, a nameplate for the house. However, Anuj’s nameplate for the house has only Anupamaa’s name on it, while Barkha wants to put the name of the family out there. At this crossroads, it is on Anupamaa now to decide whose gift will she value more- her husband’s or sister-in-law’s. Like every other time, Anupamaa finds a way between. They end up using both the name plates keeping everyone happy.

While the family continues to celebrate after the party, Vanraj and Ankush exchange some words about Vanraj’s intentions of coming to the party. Vanraj also remarks on Ankush’s plans of coming back to the Kapadia empire. Vanraj already feels uncomfortable among Anupamaa’s family members and guests but the real drama is about to start now. Hasmukh has an upset stomach and ends up burping openly. This small incident leads to a huge scene as Barkha’s guest gets offended by Harmukh’s behaviour. She disrespects him openly and Vanraj comes in to protect his father.

Ankush and Vanraj start arguing further and things get heated real quick. By the time, Anuj and Anupamaa arrive, the altercation has already crossed all limits. Somehow, Anuj manages to calm everyone down but Barkha and her guest demand something that initiates another drama. They ask Vanraj and Hasmukh to apologise to them. This enrages Anupamaa and she, in turn, asks Barkha’s guest to apologise to Hasmukh. Anuj also joins Anupamaa and Barkha is left embarrassed in front of her own guests.

Barkha is not going to remain silent after this insult. It remains to be seen what will her next move be to win her authority back. In the upcoming episodes, Vanraj and Leela will leave with the family after constantly being insulted by Barkha. How will Anupamaa win her family’s trust back again? Keep watching this space to know more.