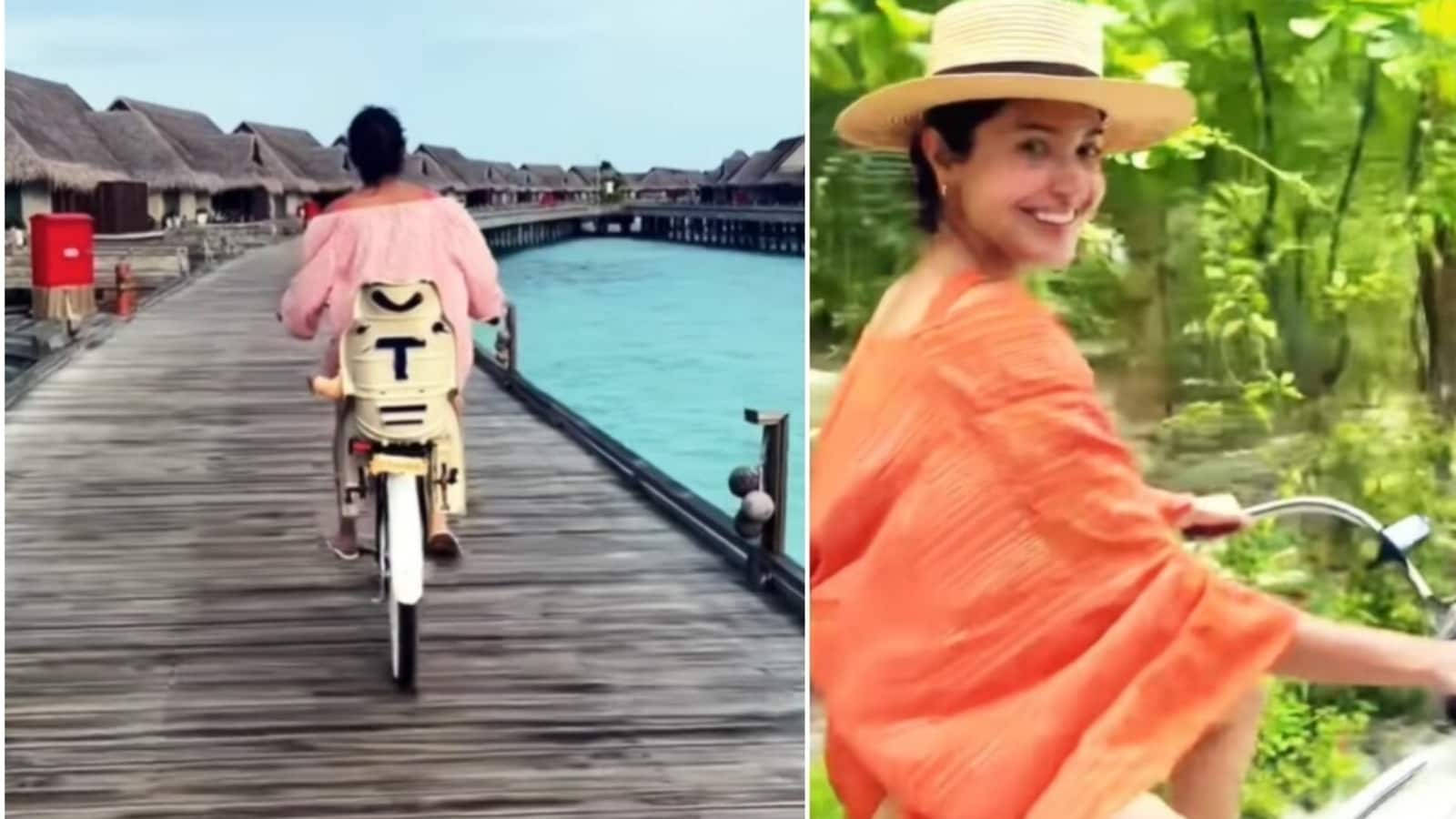 Anushka Sharma is back from her family trip to the Maldives, and is reminiscing her best memories from the holiday. The actor shared a video of her cycling around an island, with one-year-old daughter Vamika Kohli riding pillion. She expressed her wish to ‘pedal back’ to Maldives, as she geared to resume work on her upcoming project. Also read: Anushka Sharma shares ‘shy’ beach pictures of herself from Maldives vacation

Sharing the video on Instagram, Anushka wrote, “Best memories with my beloved two, pedal me back!” In the clip, Anushka can be seen riding a bicycle across several locations in the beautiful destination. She is wearing an orange swimsuit, paired with a hat and a smile on her face. She is seen cycling around as the landscape changes from blue waters to lush greenery.

Reacting to the video, a fan wrote, “What fun!!! And how gorgeous is this place!” Another gushed, “That back seat company,” along with a heart emoticon.

Anushka had earlier shared self-clicked pictures in a orange swimsuit from her vacation. Her husband Virat Kohli had also shared a few pictures from the beach. Earlier, Anushka shared a glimpse of how she rode with Vamika sitting behind her in a kids’ seat, that had her name written on it. She had written along with it, “Will carry you through this world and the next and beyond, my life.”

However, post their return home, Vamika was clicked by the paparazzi at the Kalina airport in Mumbai. While the picture wasn’t used by the media, a few publications printed it. Calling them out by name, Anushka penned a note to express her disappointment. As the couple reacted angrily to Vamika’s pictures on the news portals, Instagram hid all posts with the hashtags Anushka Sharma, Virat Kohli and Vamika Kohli at the time to prevent fans from finding out any of the child’s photos.

Anushka was last seen on the big screen in 2018 with Shah Rukh Khan in the film Zero. She will now begin shoot for sports biopic Chakda Express, based on the life of Indian cricketer Jhulan Goswami.