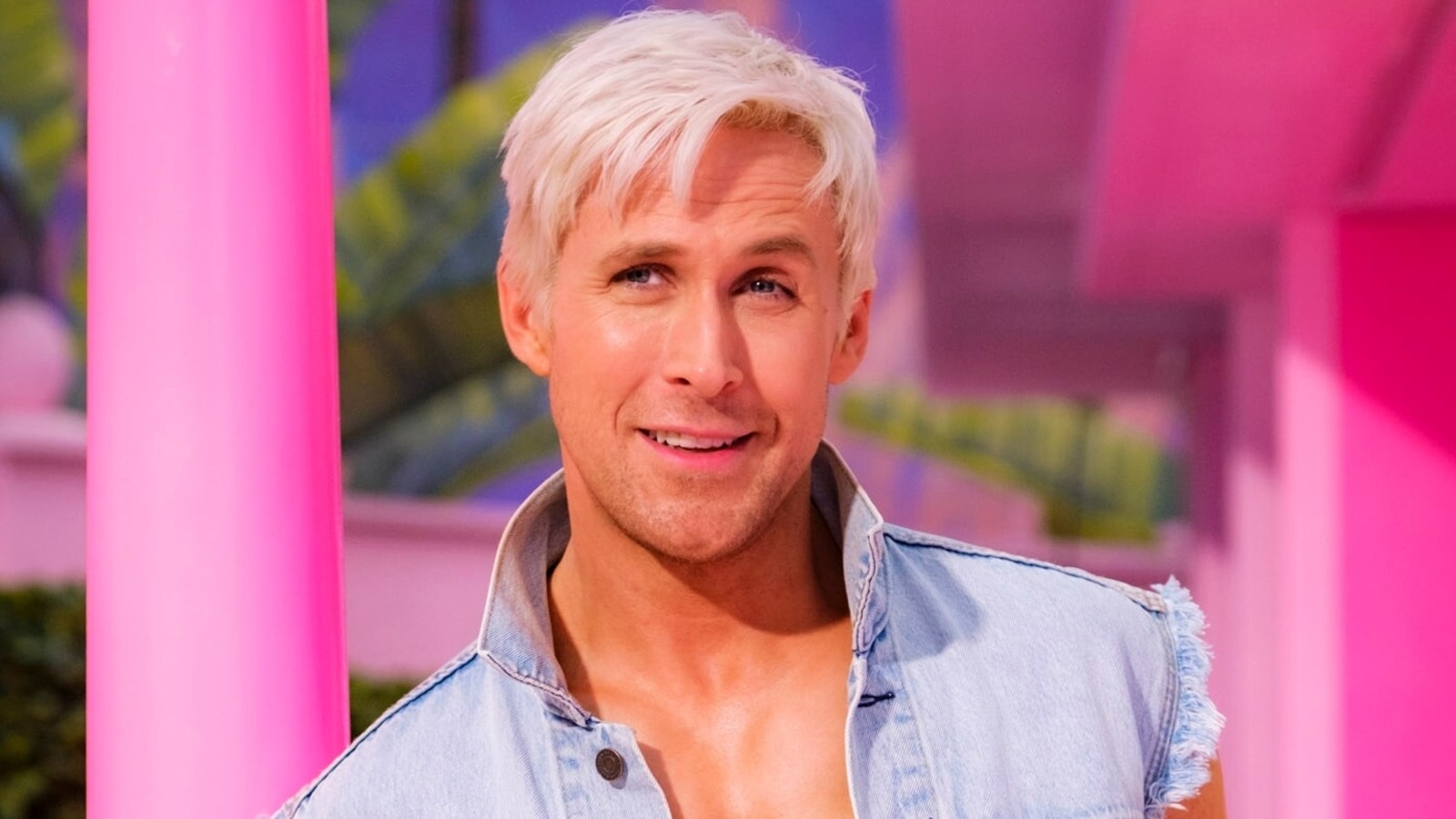 The first look of Ryan Gosling as Barbie’s boyfriend Ken was revealed on Wednesday. Barbie, directed by Greta Gerwig, stars Margot Robbie as the iconic character made famous as a doll. In the photo released by Warner Bros. Pictures, Ryan is showing off six-pack abs and blonde hair. The actor is wearing a sleeveless denim vest without a shirt, and his underpants are emblazoned with his own name. He is in front of a bright pink backdrop. Read more: Ryan Gosling in negotiations to play Ken in Margot Robbie-led Barbie movie

Alongside the photo, the studio also shared that the movie will be released in theatres in July 2023. Ryan Gosling’s fans on social media reacted to the actor’s transformation as Ken. One Instagram user wrote, “Ryan, you nailed it,” while another one said, “Can’t wait for the teaser! Please upload it soon.” One user also said, “OMG! The perfect Ken casting!” Speaking of Barbie, one Twitter user wrote, “This is going to be the greatest movie of all time.” Meanwhile one person tweeted, “This is drag.”

In April 2020, the first photo from the movie was released. In it, Margot Robbie sat in a pink convertible, smiling at the camera. She wore a blue and white halter top with a matching bracelet and headband.

In a 2021 interview with British Vogue, Margot said of the movie, “It comes with a lot of baggage! And a lot of nostalgic connections. But with that come a lot of exciting ways to attack it. People generally hear Barbie and think, ‘I know what that movie is going to be,’ and then they hear that Greta Gerwig is writing and directing it, and they’re like, ‘Oh, well, maybe I don’t…'”

Barbie’s writer and director Greta is known for her films like Lady Bird and Little Women.