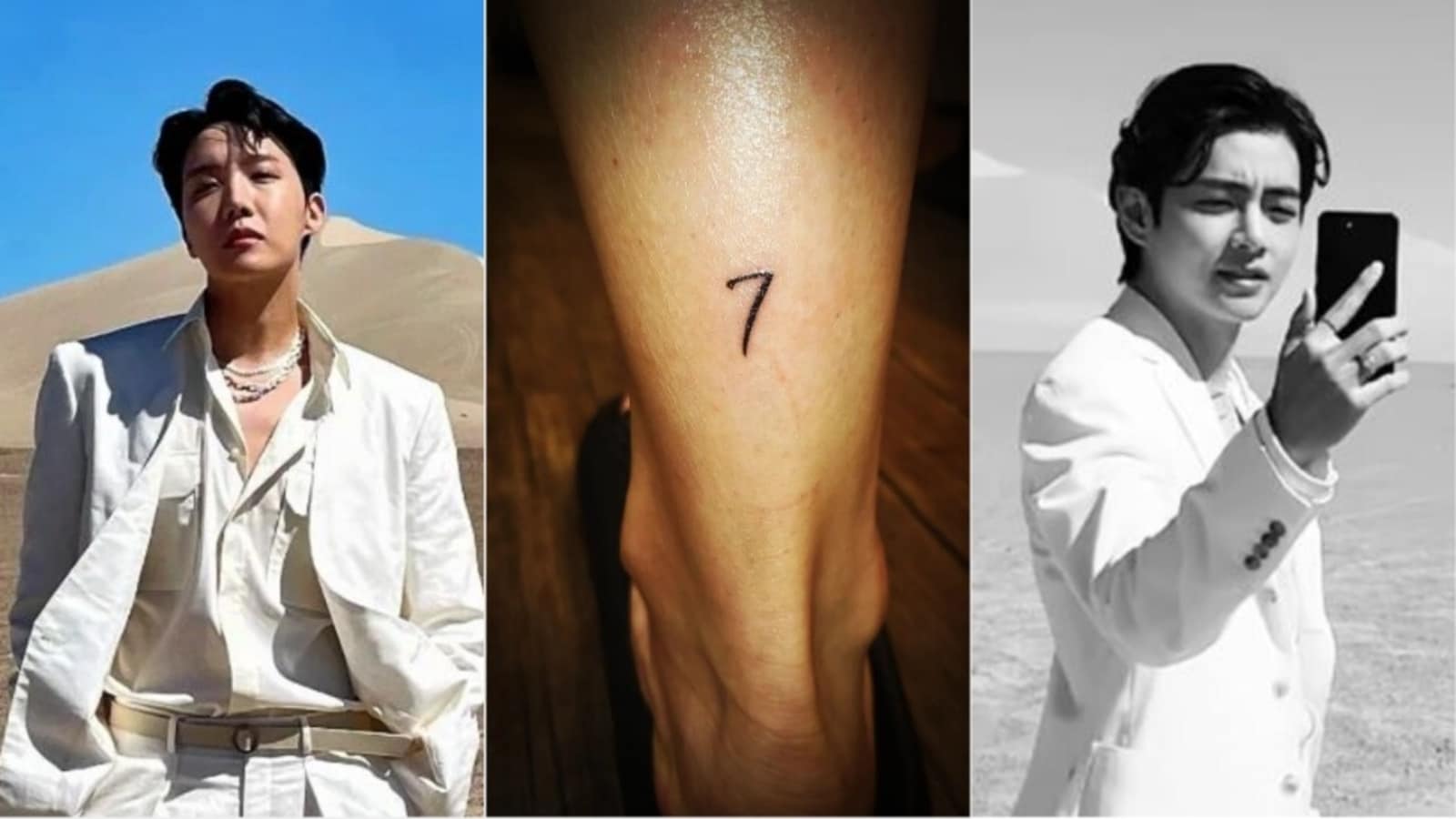 A day after BTS announced that the group is taking a break, J-Hope gave a glimpse of his friendship tattoo. Taking to Instagram, J-Hope also shared a video and pictures from the sets of their new song Yet To Come, a new song from their anthology album Proof. He also gave fans a peek of BTS member V aka Kim Taehyung. (Also Read | BTS: Jungkook is ‘starting to feel turned off’ by his natural voice, reveals why he deleted all songs he wrote)

In the first photo, J-hope shared a close-up picture of his ‘7’ tattoo that he inked at the back of his leg just above the ankle. He tattooed the number with black ink. Earlier, bandmate RM shared a photo of his ‘7’ tattoo which he inked on his leg too. Eagle-eyed fans noticed that Jimin got his friendship tattoo on his finger. V revealed that he and Jungkook are yet to get inked with the friendship tattoo. Suga has so far not revealed if he got inked with the particular tattoo.

On Instagram, J-Hope in the second picture gave a glimpse of himself from the Yet To Come sets as he reclined against the yellow bus. He also posed for the camera with sand dunes and the blue sky as his backdrop. The rapper also shared a selfie as he looked away from the camera.

J-Hope shared a picture of the crew members busy working. His last slide featured V capturing him on his phone as he recorded a video. Though he muted the audio, V was seen saying something and smiling. J-Hope captioned the post, “Yet to come.”

This is J-Hope’s first post on Instagram after he along with fellow BTS members said they are taking time off to focus on solo projects. During their Festa dinner on Tuesday, RM, Jin, Suga, J-Hope, Jimin, V and Jungkook revealed their decision and were also seen getting teary-eyed. However, HYBE said they are not taking a hiatus as previously reported.

During their meal, they spoke about their future in a video posted on Tuesday celebrating the nine-year anniversary of their debut. Suga asked the group if they should talk about why they were going into a hiatus as they sat down for a group dinner. The group spoke in Korean, and the word “hiatus” was used in the English subtitles included on the video.

But a statement from HYBE, the South Korean entertainment company behind BTS, said they’ll still be working on projects as a group, as well as individually. “BTS are not taking a hiatus. Members will be focusing more on solo projects at this time,” the statement said as quoted by news agency AP. The group released a three-disc anthology album, Proof last week.