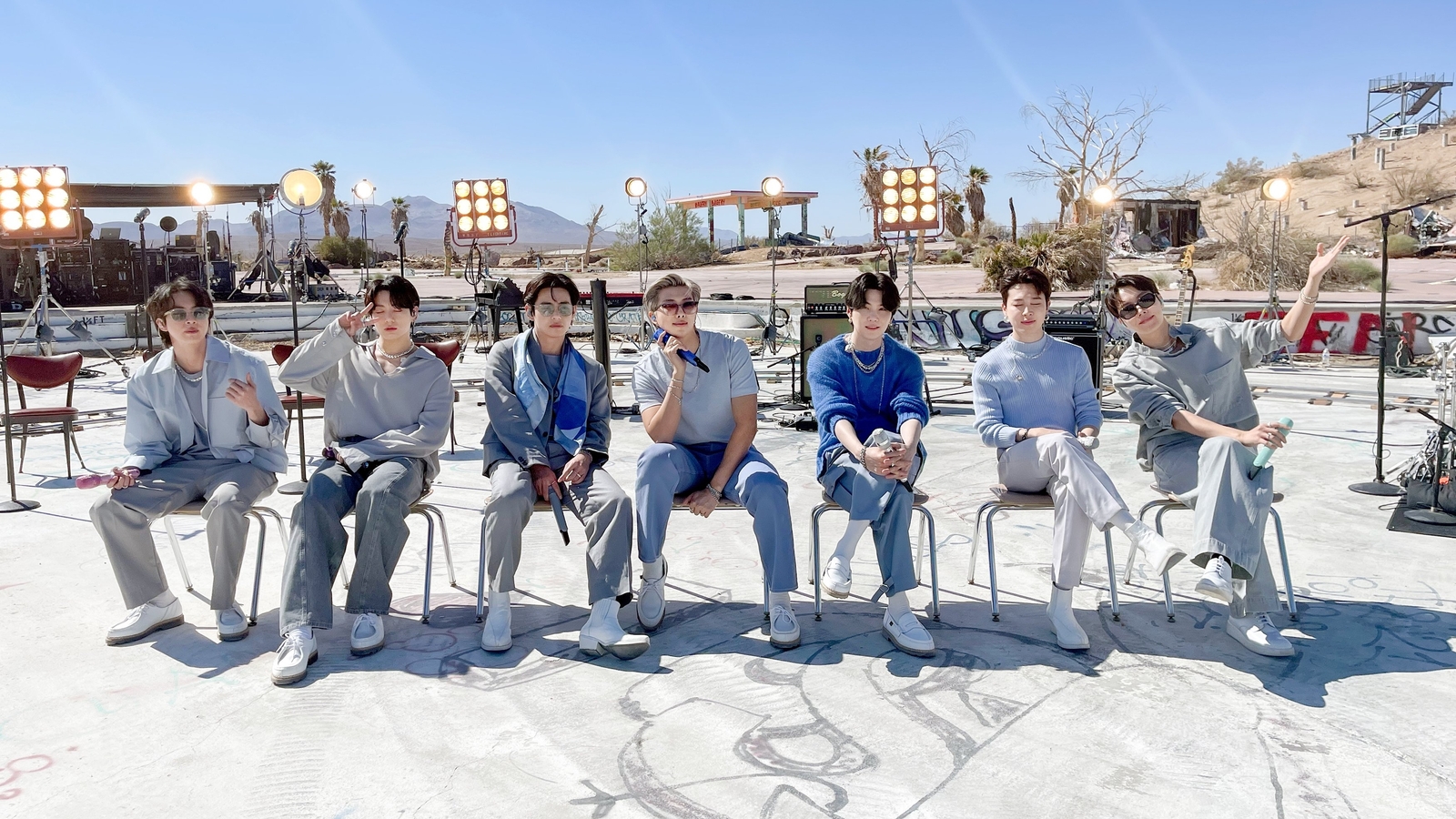 BTS members RM, Jin, Suga, J-Hope, Jimin, V, and Jungkook appeared to have hinted at a hiatus during their streamed annual Festa dinner on Tuesday. The K-pop stars were in tears at the end of the dinner, as they spoke about their plans to focus more on their solo careers. However, Big Hit Entertainment agency that manages the band has clarified that the band is not taking a hiatus. Also Read| BTS in tears as they announce hiatus at Festa dinner to work on solo projects: ‘Not like we’re disbanding’

A statement from Big Hit released just hours after the dinner said that the BTS members will be focusing more on their solo career, but will still work on projects as a group. The word “hiatus” was used in English subtitles in their dinner video as Suga spoke about their individual careers in Korean.

As per AP, Big Hit later clarified there is no hiatus in a statement that read, “BTS are not taking a hiatus. Members will be focusing more on solo projects at this time.”

It comes as shares of Hybe Corporation (Big Hit) plunged by a record after the band said they will be shifting focus on individual projects. As per a report in Bloomberg, Hybe’s shares sank by 27% on Wednesday, marking its lowest close on record since its trading debut in October 2020.

BTS annually take part in a live-streamed FESTA dinner as a part of their anniversary celebrations. The group sat down for dinner and conversation on Wednesday, a day after marking the ninth anniversary of their debut, and spoke about being ‘exhausted.’ They had recently released a new anthology album, titled Proof, and also live performed it on Tuesday.

RM, leader of the group, said at the dinner, “I’ve always thought that BTS was different from other groups But the problem with K-pop and the whole idol system is that they don’t give you time to mature. You have to keep producing music and keep doing something… I’ve changed as a human over the past 10 years, so I needed to think and have some alone time. Right now when we’re at our best I feel like I should be contributing something to the world, but I don’t know what that is.”

Suga had added, “It’s not like we’re disbanding. We should live doing what we want to do…Writing lyrics is the hardest. What message do we want to give? Nothing comes out anymore.”

BTS has been on hiatus before, first in 2019 and later in December 2021. The band or their agency is yet to provide any details on how they will be moving forward with the group as they focus on individual projects.