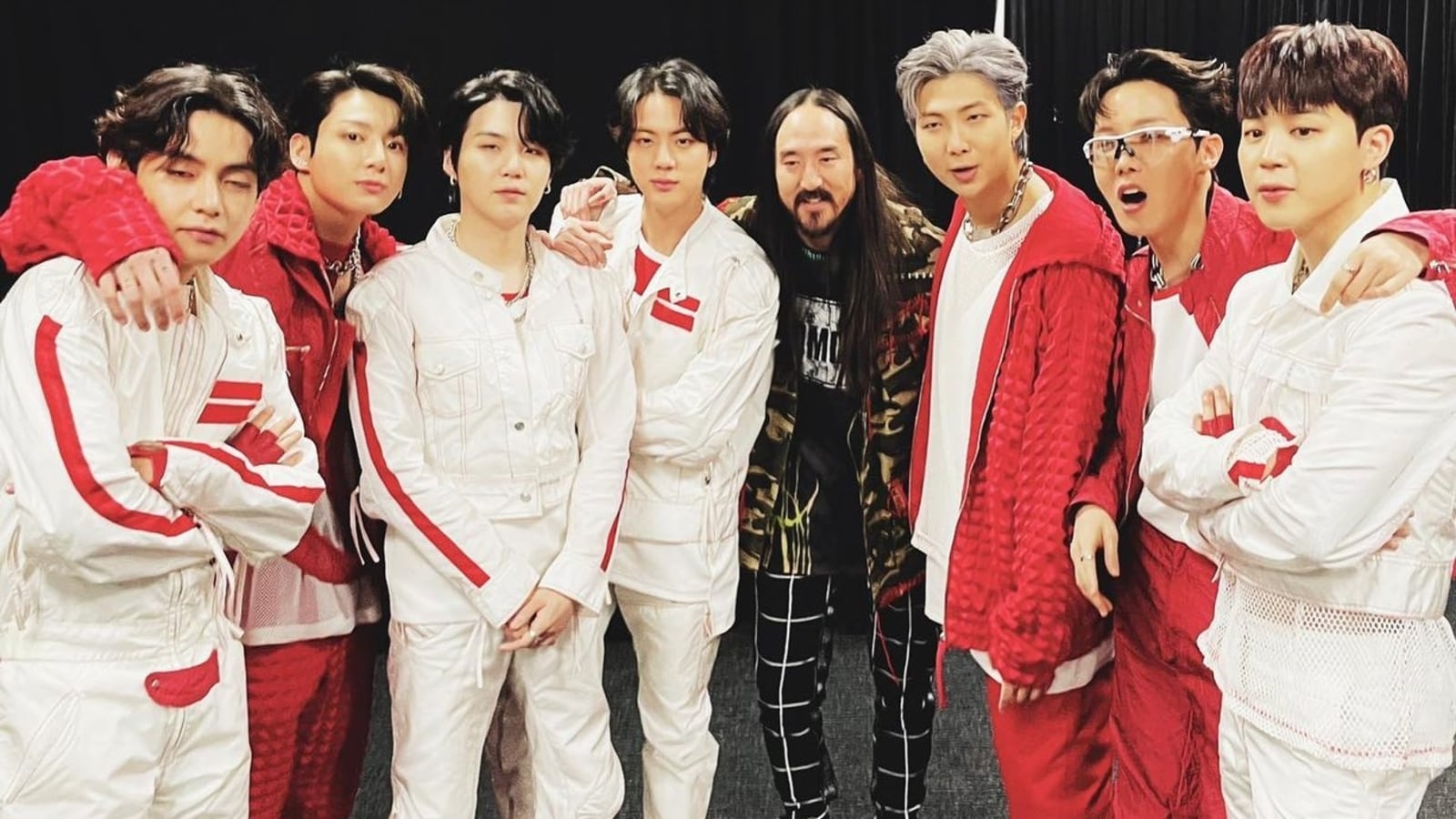 BTS members RM, Jin, Suga, J-Hope, Jimin, V, and Jungkook met producer and DJ Steve Aoki after the primary day of the BTS Permission To Dance On Stage live performance in Las Vegas. On Monday, Steve shared a video on his YouTube channel giving a glimpse of his interplay with the group. He captioned the transient clip, “Backstage with BTS at Permission to Dance Las Vegas.” (Additionally Learn | BTS’ Suga has a hillarious reply to fan after they threaten to sue him, ARMY says: ‘Omg Yoongi you killed it’)

Steve had attended the BTS Las Vegas live performance on the primary day, final week. He additionally posed with followers within the viewers and clicked a selfie with ARMY. The clip additionally confirmed BTS acting on stage of their purple and white outfits.

Because the video got here to an finish, Steve informed the members, “I ought to have worn white or purple.” Whereas RM mentioned, “You look nice”, Steve added, “I am a part of the gang.” Suga was seen stating the white and purple colors in Steve’s outfit. The members additionally did the Aoki Bounce.

After BTS’ day one live performance in Las Vegas, Steve shared photos on Twitter and wrote, “Ooops I forgot to put on purple and white @BTS_twt.” In one other tweet, Steve and the BTS members had been seen doing the Aoki Bounce. Steve additionally wrote, “You knew this was coming! #aokijump #1060. @BTS_twt.”

Up to now, BTS and Steve have collaborated on three tracks–MIC Drop, The Fact Untold, and Waste It On Me. The Korean model of MIC Drop was initially included as a B-side observe on the group’s fifth prolonged play, Love Your self: Her. It was later remixed by Steve and launched in November 2017. Waste It on Me, a track by Steve, options BTS, and was launched in October 2018.