BTS: V says he’ll get friendship tattoo with Jungkook, sings Jimin’s With You; reveals crying after watching Our Blues 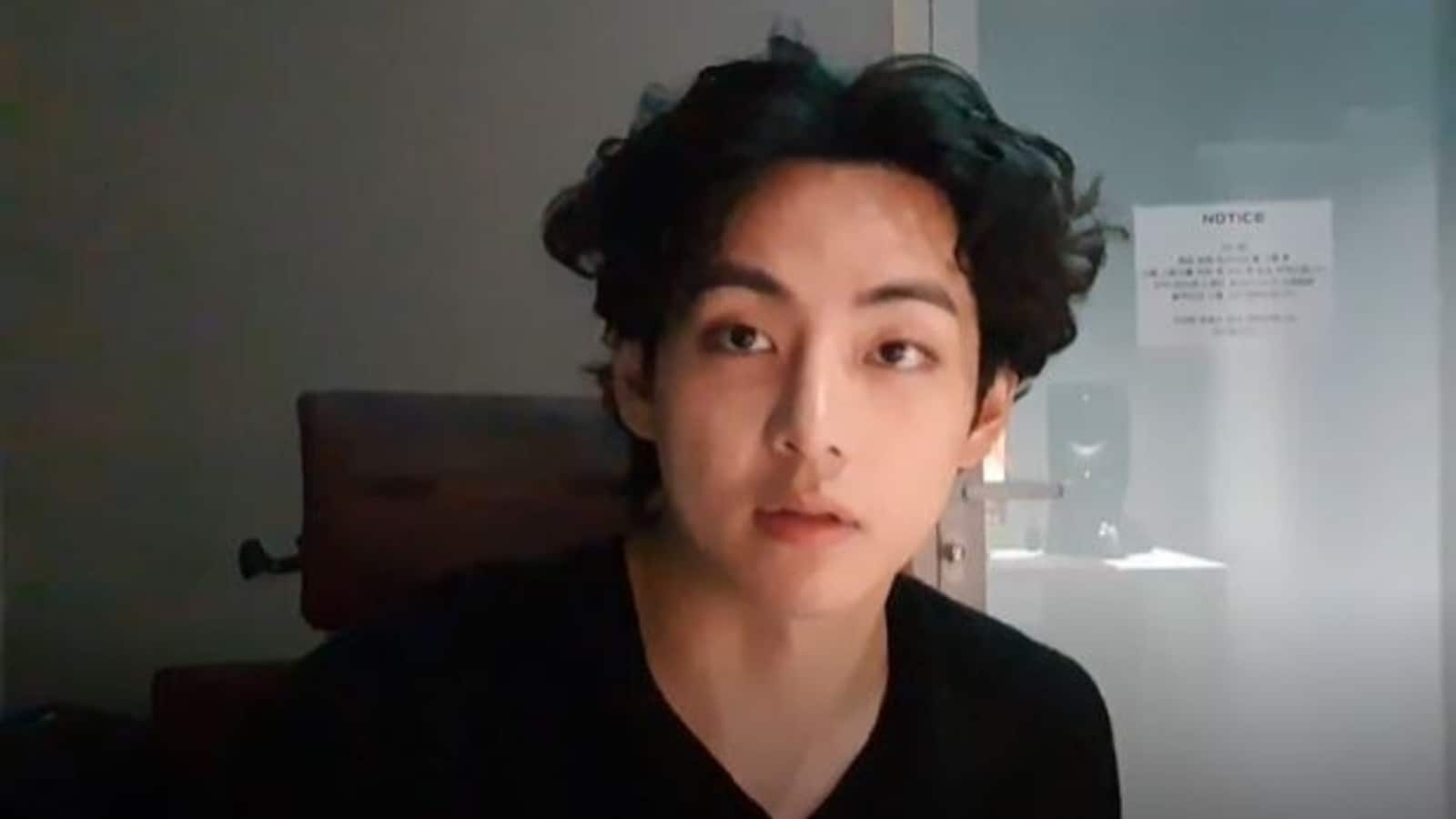 BTS member V aka Kim Taehyung opened up about inking the friendship tattoo and spoke about Jungkook’s recent song My You for ARMY as he interacted with fans during a live session. Taking to V Live on Monday, V also sang several songs and watched Proof Live with fans. During the live session, V revealed that after he finished MCountdown pre-recording, he came to interact with fans. (Also Read | Proof LIVE: BTS perform with ‘special guest’ on group’s debut’s 9th anniversary, speak about their ‘best moments’. Watch)

Speaking about the friendship tattoo, V said as translated by Twitter user @BTStranslation_, “I still… haven’t gotten the friendship ‘7′ tattoo. I haven’t been able to decide where to get it so I’m trying to decide quickly. Will you guys help me decide? I’ll go get it done with Jungkook once I choose where I’ll get it done.” When a fan suggested that he should get the tattoo under the left toe, V said, “I also thought about it.” Recently, RM revealed that he got the tattoo inked on his leg while eagle-eyed fans discovered that Jimin got it on his finger.

V spoke about Jungkook’s new song My You, released ahead of BTS’ ninth anniversary, and said, “Jungkook’s song? I heard Jungkook’s song about a month ago… it’s good, isn’t it? Shall we listen to his song once? He made this song well!!” He also sang My You and later Jimin’s OST debut song, With You, from Our Blues. He also said, “Our Blues…to be honest, from the 13th, 14th episode I’ve been crying at the end of every episode. It’s a show that I don’t think will come out again?” After asking fans, “you want me to turn on Run BTS?” he started singing the song as well.

V also took up the ‘Bangtan Don’t Laugh for 22 minutes’ challenge video as tweeted by @modooborahae. He said, “Everyone come in and if you’re ready, say ‘Yes’ on Weverse. Oh, are you ready? Go to ‘try not to laugh BTS version for 20 minutes’. Which pic/clip did you say was fun? The Hangul Day special? Episode 86? But this is legendary? I definitely won’t smile. Okay, let’s go. What kind of expression can we have? We just can’t show our teeth. The vibe is already funny. Isn’t my hair more of a ‘try not to laugh challenge’?”

The BTS member also spoke about actor Gang Dong-Won and watching the screening of Broker. “Oh, I saw the VIP screening well. I really liked how he came to my Las Vegas concert and I was thankful so I went to his. He’s my role model. I do have a lot of role models. But he’s from my hometown. He’s so handsome.”

BTS’ V started the live an hour before Proof Live and as fans asked him to watch it with them, he said, “I don’t think that’s possible. I got off work… but I also need to go home right?” However, he later said, “Alright, let’s all watch together. I’m going to watch this but since there are people who only have a phone… please go to (the Proof live) quickly.”

Earlier he had said, “Now all the music shows pre-recordings have finished.. since we have the Proof live at 9 PM, I thought I’ll come on live until then.. since a lot of ARMYs came today but a lot couldn’t come so you might be sad, I thought I’d come live for you guys.” Soon after the Proof Live started, V signed off from his live session.