Chhavi Mittal says her radiotherapy sessions post breast cancer surgery are over: ’30 more days and I’ll be a free bird’ 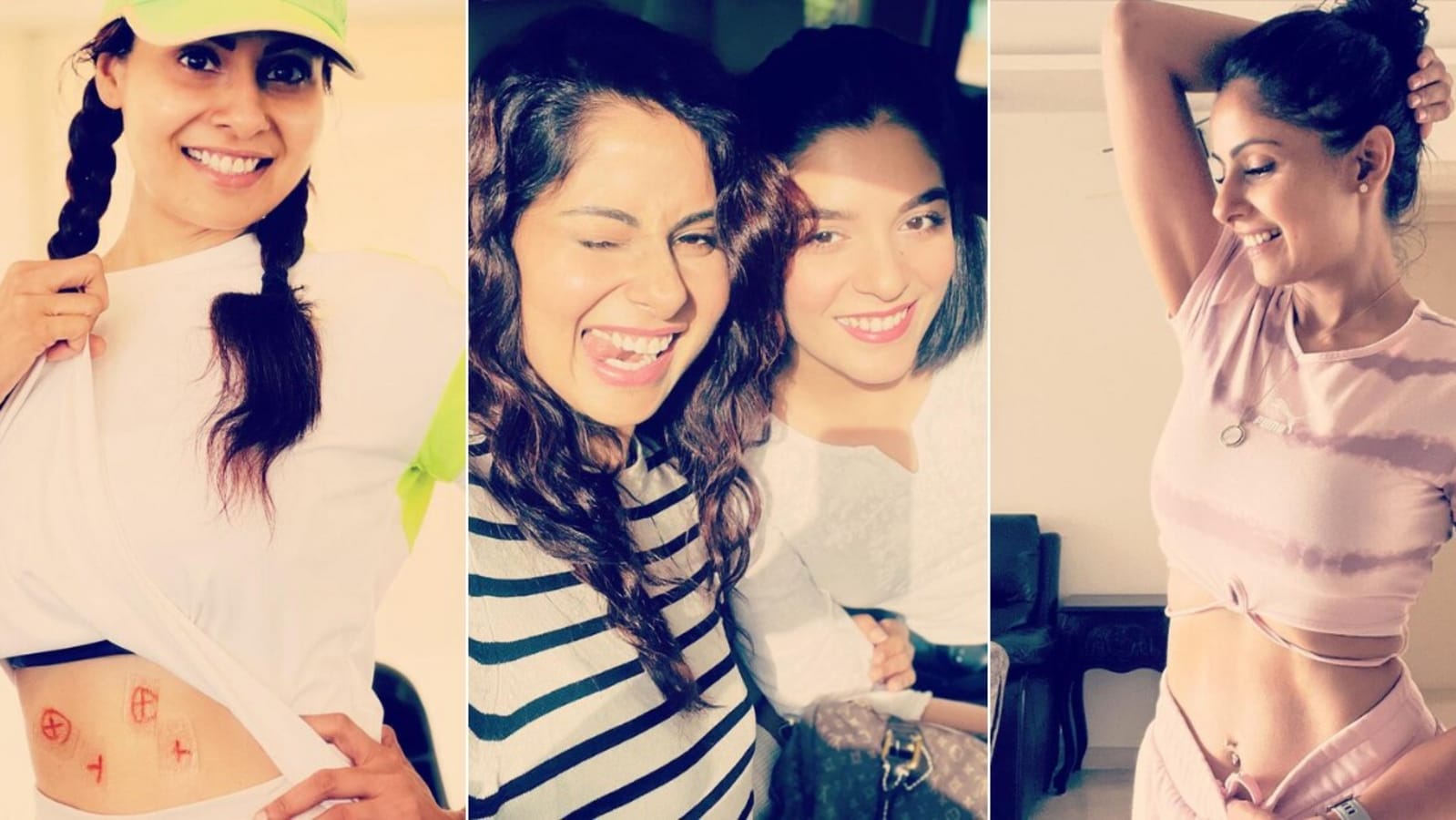 Television actor Chhavi Mittal shared a couple of pictures of herself on Instagram. Sharing the photos, she told her fans that her radiation therapy, part of her breast cancer treatment, has finally ended. Recently, actor Mahima Choudhary got diagnosed with breast cancer. Also Read: Chhavi Mittal dances in hospital room a day before her breast cancer surgery, fans call her an inspiration. Watch

Sharing the pictures, she wrote, “I can’t keep calm coz my radiation is FINALLY OVER!! I only recover from this point onwards. I have to follow all restrictions for 30 more days and then I’ll be a free bird. Image 1 shows my marking-free stomach! Image 2 shows the markings I carried for a month while the radiation took place.”

She added, “And image 3 has a story! I had to hold my breath while the radiation was being given & when I would get breathless and breathe, the machine would stop. So just to make the whole process fun & build on my breath holding time, I would always count in my mind… Mississippi 1, Mississippi 2…. In this picture @poojagor accompanied me for my radiation session and when I shared this tiny bit of info with her, she told me a joke that changed my counting for the rest of the sessions. ‘How does a hippi count his wives?? Mrs hippi 1, Mrs hippi 2,’ Well, these little things made my radiation smooth and I can’t thank the universe enough for how blessed I am! Soon this will all be behind me. Btw, I could hold my breath till Mrs Hippi 32.”

Pooja Gor commented, “And the countdown begins: 1 Mrs Hippie, 2 Mrs Hippie.” Actor Karan V Grover said, “Getting ready to party on your birthday.” One fan wrote, “Just take your time , relax, enjoy the pause , then come back with more determination , lots of best wishes diva.” Another one said, “Fun in sadness can sail you through life. Lots of healing power to you.” While one person wrote, “Mrs. Hippi 32, are you serious? I got goosebumps imagining that,” another one called Chhavi a ‘warrior’ and wrote, “Warrior, more power to you beautiful.”

In April, Chhavi posted about her cancer diagnosis on Instagram and shared that she was fortunate as the doctors could detect the lumps on time. She later underwent a surgery and shared a picture of herself and wrote that she ‘woke up cancer free’. “When the anaesthesiologist asked me to close my eyes and think of something nice, I visualised my beautiful breasts perfectly healthy. And then I went under. The next thing I know, I woke up cancer free. The surgery lasted for six hours, there were multiple procedures done, and it’s a long road to recovery, but the great thing is.. it’s only going to get better now. The worst is over,” she wrote. The actor had earned praise for her positive attitude from fans when she posted a video of herself dancing in her hospital room a day before her surgery.

Chhavi and Mohit Hussein tied the knot in 2004, and welcomed their daughter Areeza Hussain in 2012 and son Arham Hussein in 2019. Chhavi is best known for shows such as Bandini and the YouTube series The Better Half. She is also the creator of web show, SIT.