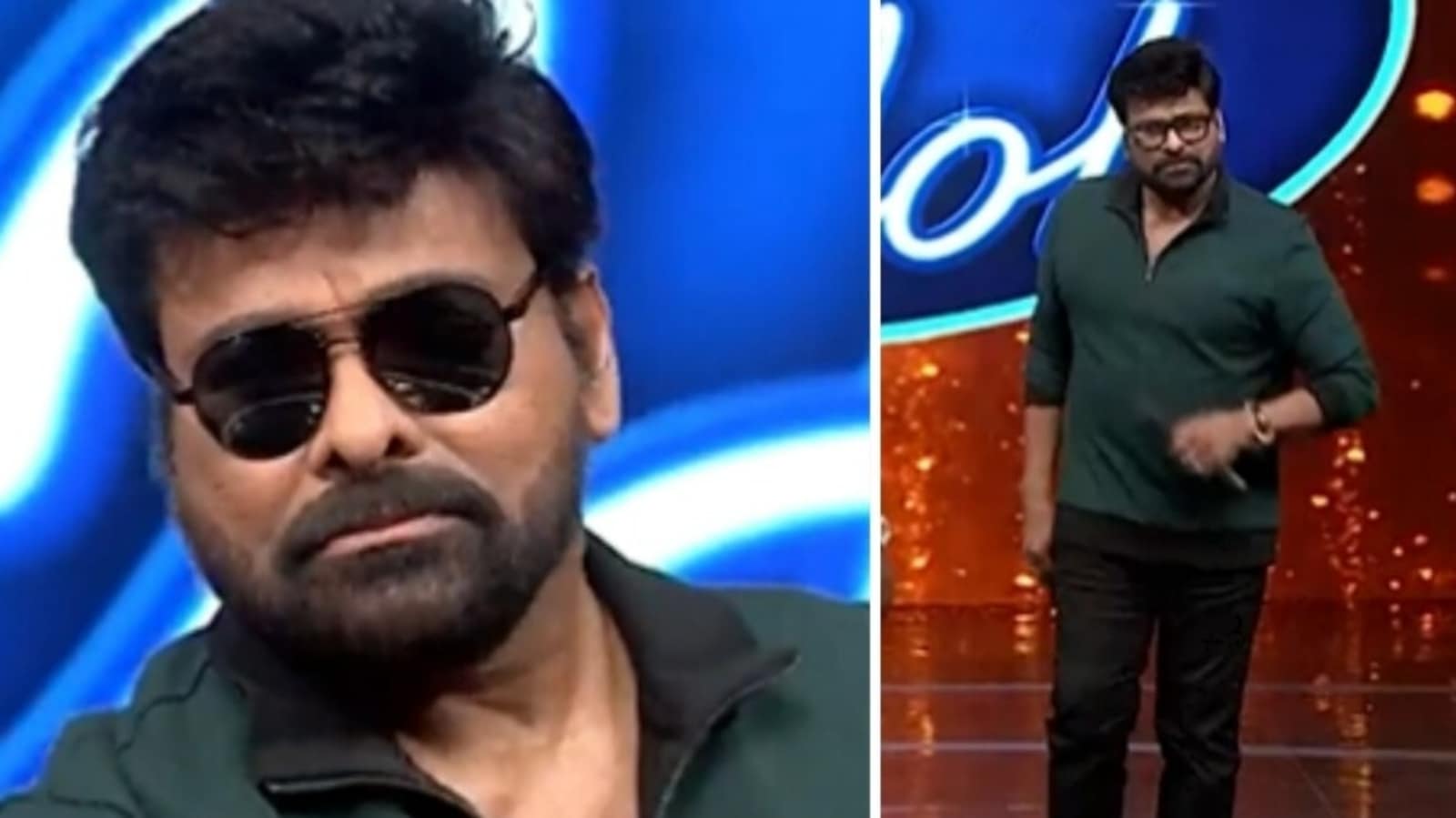 Telegu actor Chiranjeevi, who was seen as the special guest on the finale episode of Telugu Indian Idol, surprised his fans when he imitated his friend Rajinikanth’s walk at the behest of a contestant. The video of Chiranjeevi copying Rajinikanth’s walk was widely shared by their fans on social media, who said they were delighted to see him imitate his Tamil counterpart to perfection. Read more: Chiranjeevi says Ram Charan and Rana Daggubati would ‘sneak out of home’ as kids

Actors Rana Daggubati and Sai Pallavi, who came to promote their latest Telugu release, Virata Parvam, were also seen on the finale episode with Chiranjeevi. When a contestant asked Chiranjeevi if he could mimic Rajinikanth’s signature walk, the latter immediately obliged his request. In the clip, Chiranjeevi was also seen imitating Rajinikanth’s famous hair flip, as he walked in his style

Replying to a tweet with the video clip, one fan wrote that there was no match to Chiranjeevi’s ‘swag’. Another fan wrote why not make ‘Rajinikanth’s biopic’ with Chiranjeevi or at least make him play a character that’s Rajinikanth’s fan.

On the career front, Chiranjeevi’s latest release Acharya did not perform well. The film, which also starred Ram Charan, was directed by Koratala Siva. Acharya, which was released amid high expectations, turned out to be a box office dud, as per trade sources. As per box office tracking portal Andhra Box office, Acharya was adjudged a ‘double disaster’.

Acharya was based on the life of a middle-aged Naxalite-turned-social reformer, who launched a fight against the Endowments Department over misappropriation and embezzlement of temple funds and donations.

Meanwhile, Chiranjeevi is gearing up for the release of his upcoming Telugu film Godfather, a remake of Malayalam blockbuster Lucifer. The film, directed by Mohan Raja, also features actor Salman Khan in a cameo, apart from actors Nayanthara and Satya Dev in key roles. Chiranjeevi also has two more projects in the pipeline.