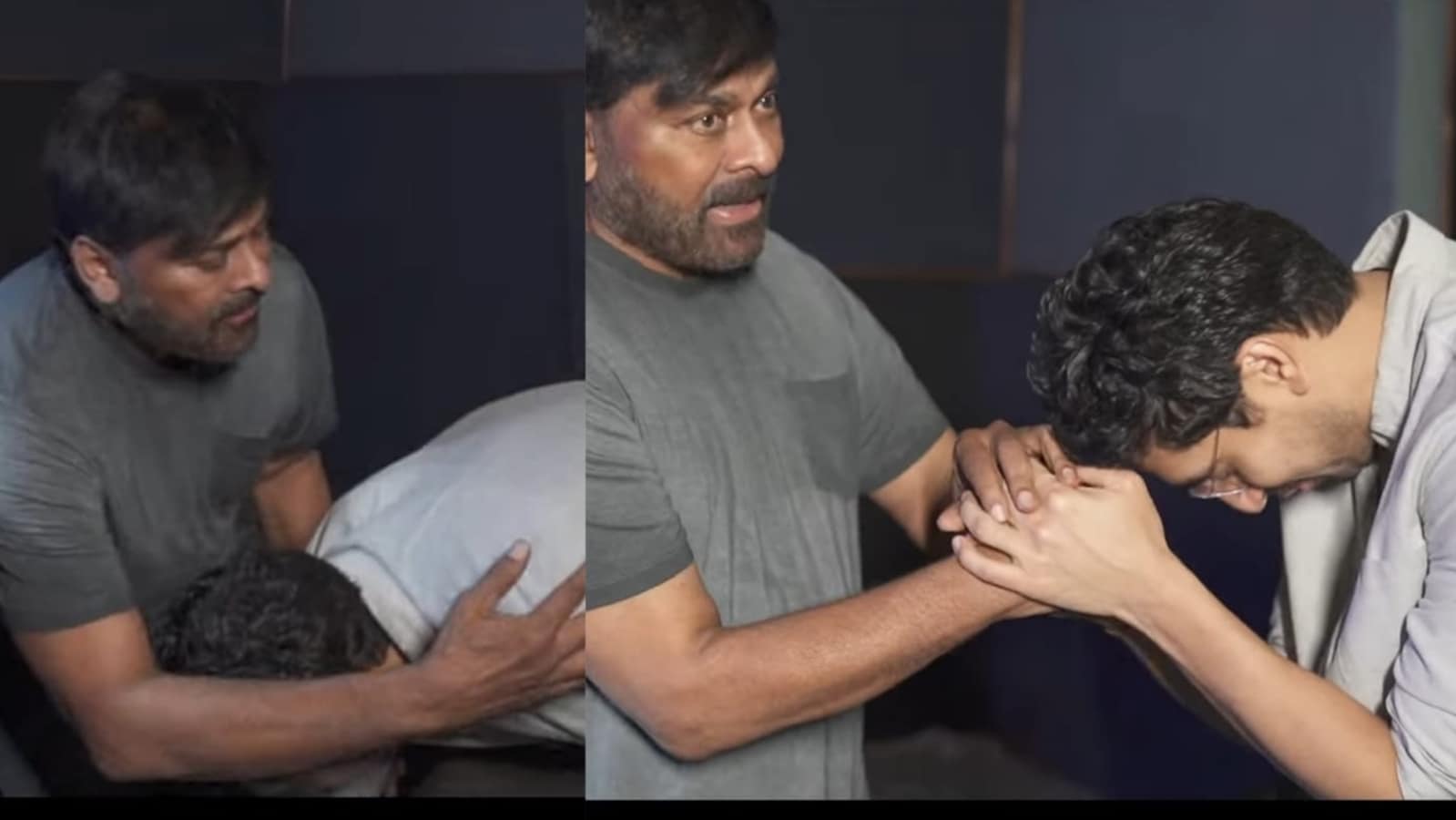 On Monday, the producers of Ayan Mukerji’s upcoming film Brahmastra announced that actor Chiranjeevi was voicing the Telugu version of the film’s trailer. The trailer of the Ranbir Kapoor-starrer will be released on Wednesday, June 15. In a behind-the-scenes video of Chiranjeevi recording his portion for the trailer, Ayan was seen welcoming Chiranjeevi by touching his feet as a mark of respect. The gesture has earned the filmmaker applause from fans on social media. Also read: Ranbir Kapoor says Brahmastra is an attempt to ‘create our own Marvel’ that is ‘rooted in Indian culture’

Along with the announcement, Star Studios released a short BTS video of Chiranjeevi working on the trailer. The video opens with the actor dubbing his lines in Telugu, introducing Ranbir’s character Shiva. It then includes some glimpses from the teaser of the film already released. Following this, we see Ayan welcoming Chiranjeevi touching his feet. The veteran actor, in turn, hugs the filmmaker.

Fans appreciated Ayan’s gesture and also how Chiranjeevi reacted to it. Commenting on the video, one fan wrote, “This is what we sensible audience want Bollywood × south not Bollywood vs south lets unite and become Indian cinema.” Another fan wrote, “It’s just lovely to see Ayan paying respect to Chiranjeevani sir and visa versa just see even in this toxicity between both industries pay respect to each other now it’s our turn we are the one to blame we should stop comparison between south and Bollywood.” Many fans expressed excitement at Chiranjeevi’s involvement in the film, which also stars another Telugu star–Nagarjuna.

Brahmastra is a trilogy, with the first part set to release on September 9. The makers have called it “the beginning of India’s first original universe – the Astraverse”. The film, a sci-fi, fantasy adventure also stars Alia Bhatt, Amitabh Bachchan, and Mouni Roy. Apart from Hindi, the film will release in four other languages – Tamil, Telugu, Kannada, and Malayalam. Filmmaker SS Rajamouli is presenting the film in all the four languages.