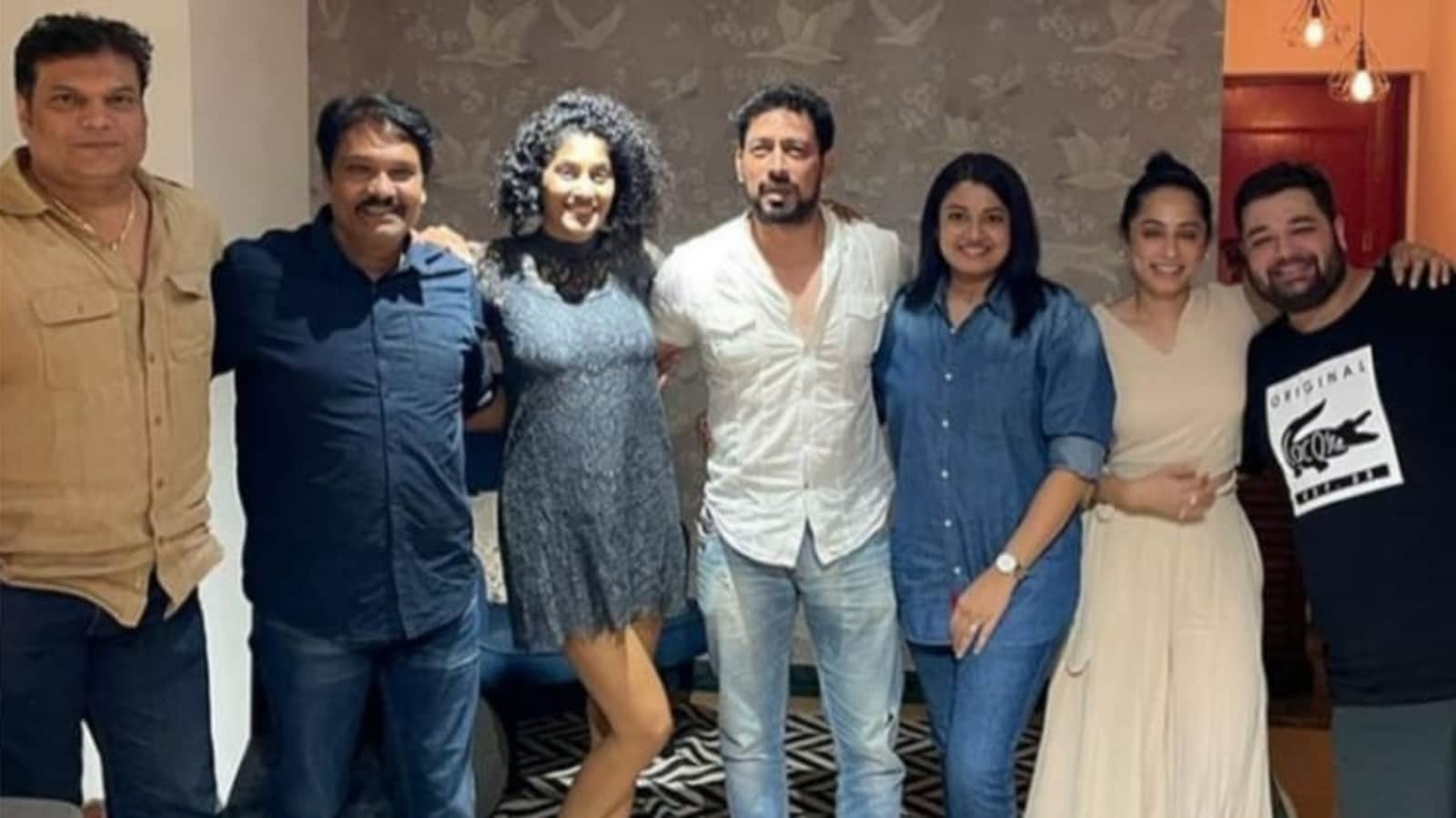 CID may have gone off air for now but the popular star cast of the show recently had a get-together at the residence of Shraddha Musale, better known as forensic expert Dr Tarika on the show. Among those who were part of the reunion were Dayanand Shetty (known for playing Senior Inspector Daya), Aditya Shrivastava (who played Senior Inspector Abhijeet), Dinesh Phadnis (known as Inspector Fredricks) and others. Also read: CID meets Avengers: Endgame, Game of Thrones in hilarious Inspector Daya memes

Sharing several pictures and videos and thanking Shraddha and her partner Deepak, Ajay Nagrath wrote on Instagram, “Thank you so much @detospeaks and @shraddhamusale for having us over and being the perfect hosts you guys are the best! Such a fun filled evening with my loved ones and copious amounts of food and wine. Cheers to many more.”

Shraddha also shared similar pictures of all of them sitting in her living room and captioned the post, “Such evenings. Nostalgic stories, food, leg-pulling, conversations… Great to have to you all home. Being a weekday, travelling at the peak hours with so much traffic and still on time. Yayy! Lots and lots of love. #cid #reunion #cidans.”

Hrishikesh commented on the post, “Lovely time we all had, lots of love to both of you.” Janvi wrote, “We were transported in time.”

Hrishikesh also said about the reunion in his Instagram post, “What a time we all had when we all are together how time flies. Never ending stories Of lifetime, lots of love to both of you for being such a wonderful host @shraddhamusale @detospeaks and extended family.”

CID, spearheaded by actor Shivaji Satam as ACP Pradyuman, went on air in 1998 and was one of the longest running television shows in India. The series aired on Sony TV for 20 years.