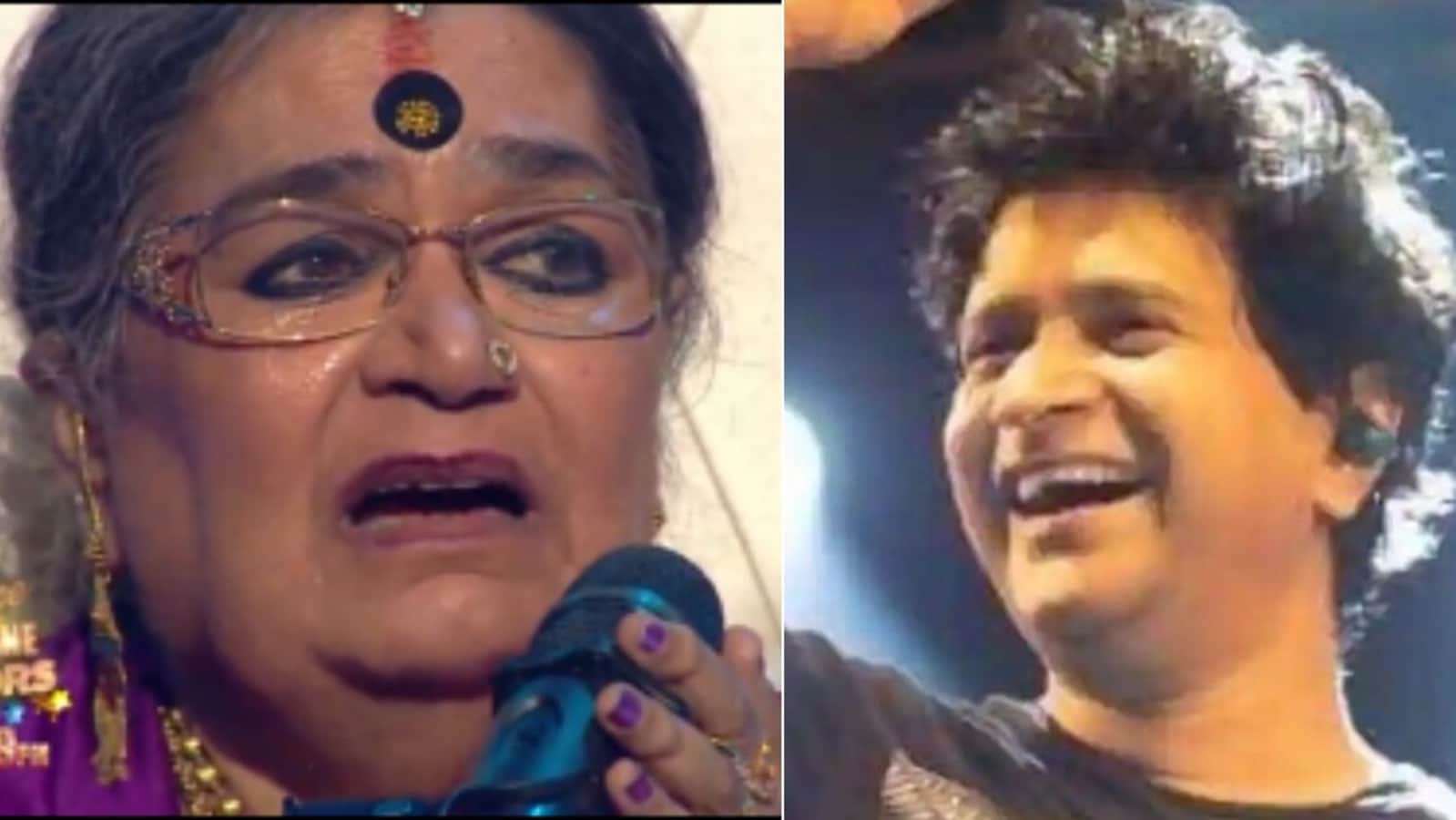 Last month, Indian music industry lost one of the most talented singer KK. He died shortly after his concert at a college festival in Kolkata’s Nazrul Mancha. Singer Usha Uthup, who will be seen as a guest judge in an upcoming episode of Dance Deewane Juniors, got emotional as she remembered KK during the show. Also Read: KK didn’t want to come out of car after seeing ‘too much crowd’ at concert venue, says singer who performed before him

In a promo clip shared by Colors TV’s Instagram handle, Usha is seen saying, “The saddest loss we had recently, KK, a complete youth icon and he related with everybody. This one is dedicated to him.” She then sang KK’s 1999 song Pyaar Ke Pal. Other judges of the show, Neetu Kapoor and Marzi Pestonji got emotional as Usha performed. Usha also got emotional while singing the song. Show’s host Karan Kundrra later hugged Usha.

One fan commented, “Awwww how cutely karan hugged her.” Another one said, “We will miss you KK and this song is another level emotions.” While one said, “KK will always be alive in our hearts,” many others dropped heart emojis in the comments section.

KK performed at a concert organised by Gurudas College at Nazrul Mancha in south Kolkata for almost an hour on May 31. He was “feeling heavy” after reaching his hotel, and soon collapsed, officials said. He was taken to a nearby private hospital, where doctors declared him brought dead.

KK, regarded as one of the best singers in India, had not taken a formal training in music but emerged as one of the most popular singers of the late 90s and 2000s after his debut with Gulzar-directed 1996 film Maachis. He later recorded songs in several languages, including Hindi, Tamil, Telugu, Kannada, and Bengali. Some of his most popular songs include Yaaron, Tu Hi Meri Shab Hai, Tadap Tadap Ke Is Dil Se, Awarapan Banjarapan, Aankhon Mein Teri Ajab Si, Khuda Jaane, Zindagi Do Pal Ki and Tu Jo Mila, among others.