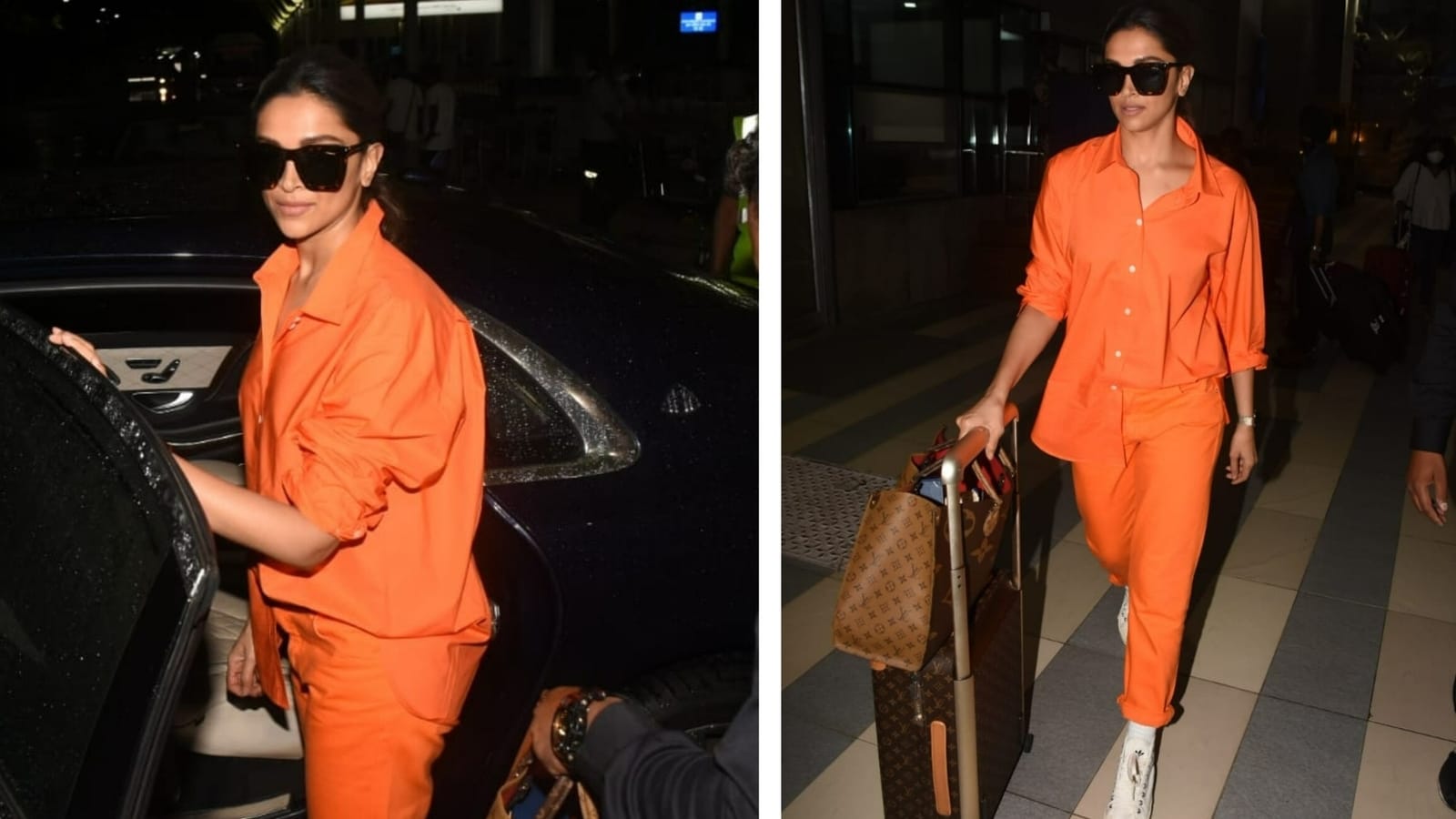 Deepika Padukone returned to Mumbai on Monday. The actor was in Hyderabad for the filming of Project K with actors Amitabh Bachchan and Prabhas. She had visited a hospital in Hyderabad after reportedly feeling uneasy on set. On her way out of the Mumbai airport, Deepika was spotted in an orange shirt and matching pants with big sunglasses. Also read: Deepika Padukone is fine, visited hospital for ‘routine check-up’, says Project K producer

A paparazzo account shared a video of Deepika walking out of the airport with her luggage. She did not wear a mask. The actor did wave to the paparazzi as she got inside her car that was waiting for her.

A concerned fan commented on the video, “She looks so tired or maybe unwell.” Another said, “She looks so ech.. She attended Cannes and didn’t even take a break and start shooting for her film. Hope her hard work pays off, stay healthy DP.” A fan even said, “She lost weight I think.”

Deepika made headlines when she was reportedly rushed to a Hyderabad hospital when she complained of uneasiness on sets during the shooting of Project K with Amitabh. Producer Aswini Dutt however, clarified that it wasn’t a ‘health scare’ but a ‘routine check-up’. He told Deccan Chronicle, “Earlier she was down with Covid-19, but after recovering she left for Europe. And straightaway from Europe, she landed on our film sets. After mild fluctuations in her BP, she visited the hospital for an hour for a routine check-up just to make sure that everything was normal.”

“Deepika ji is a true professional. We wanted her to have some rest, but she resumed shooting with Amitabh Sir directly. Her dedication is amazing,” he added.

Earlier in May, Deepika was among the eight-member jury at the Cannes Film Festival. She regularly walked the red carpet at film screenings and was also spotted at a few parties. Husband Ranveer Singh had also joined her in Cannes for some time.