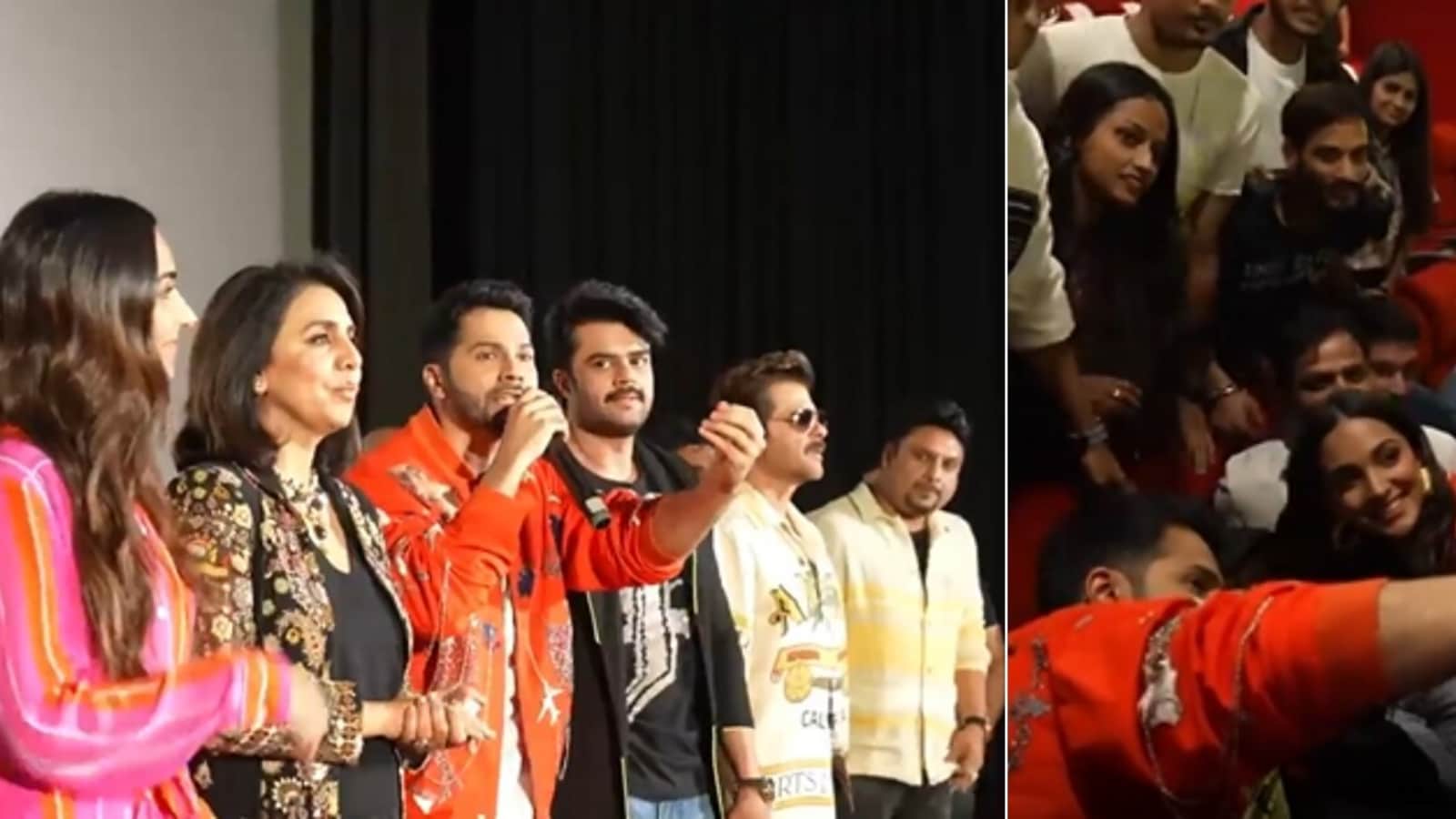 Varun Dhawan and Kiara Advani’s JugJugg Jeeyo is all set to release on June 24. On Monday, film’s producer Karan Johar and the cast of the film shared a video on their social media handles. The video was of a special screening that was a organised for a bunch of viewers and their reviews were heard by the cast of the film. Also Read: JugJugg Jeeyo song Nain Ta Heere shows Varun Dhawan, Kiara Advani’s school-time romance; fans laud Guru Randhawa. Watch

Sharing the video, Karan wrote, “Our first reviews are in and they are by the FANS! Overwhelmed by the love and we can’t wait for you ALL to watch this on the big screen on 24th June. #JugJuggJeeyo. Advance bookings open now.”

The video showed Varun, Kiara, and their co-stars Anil Kapoor, Neetu Kapoor, and Maniesh Paul interact with fans after they had watched the film at a special screening in Delhi. One excited fan can be seen saying “Varun Dhawan is back in theatres after two long years.” Another person says, “After seeing this film I can say that it is not a one time watch film. If anyone reviews this film saying that, then that person is the biggest idiot.” Later Varun says that this special screening was done only in Delhi. All the actors later took selfies with the viewers. Also Read: Varun Dhawan, Kiara Advani eat vada pav in Mumbai Metro for Jugjugg Jeeyo promotions, fans ask ‘is it allowed?’

In the film, Kiara plays Varun’s wife. Maniesh plays his brother while Anil plays Varun’s father with Neetu as his wife. The story revolves around both Varun and Anil’s characters trying to separate from their wives but not approvingt of each other’s decisions. Directed by Raj Mehta, JugJugg Jeeyo is produced by Karan Johar’s Dharma Productions and Viacom18 studios.