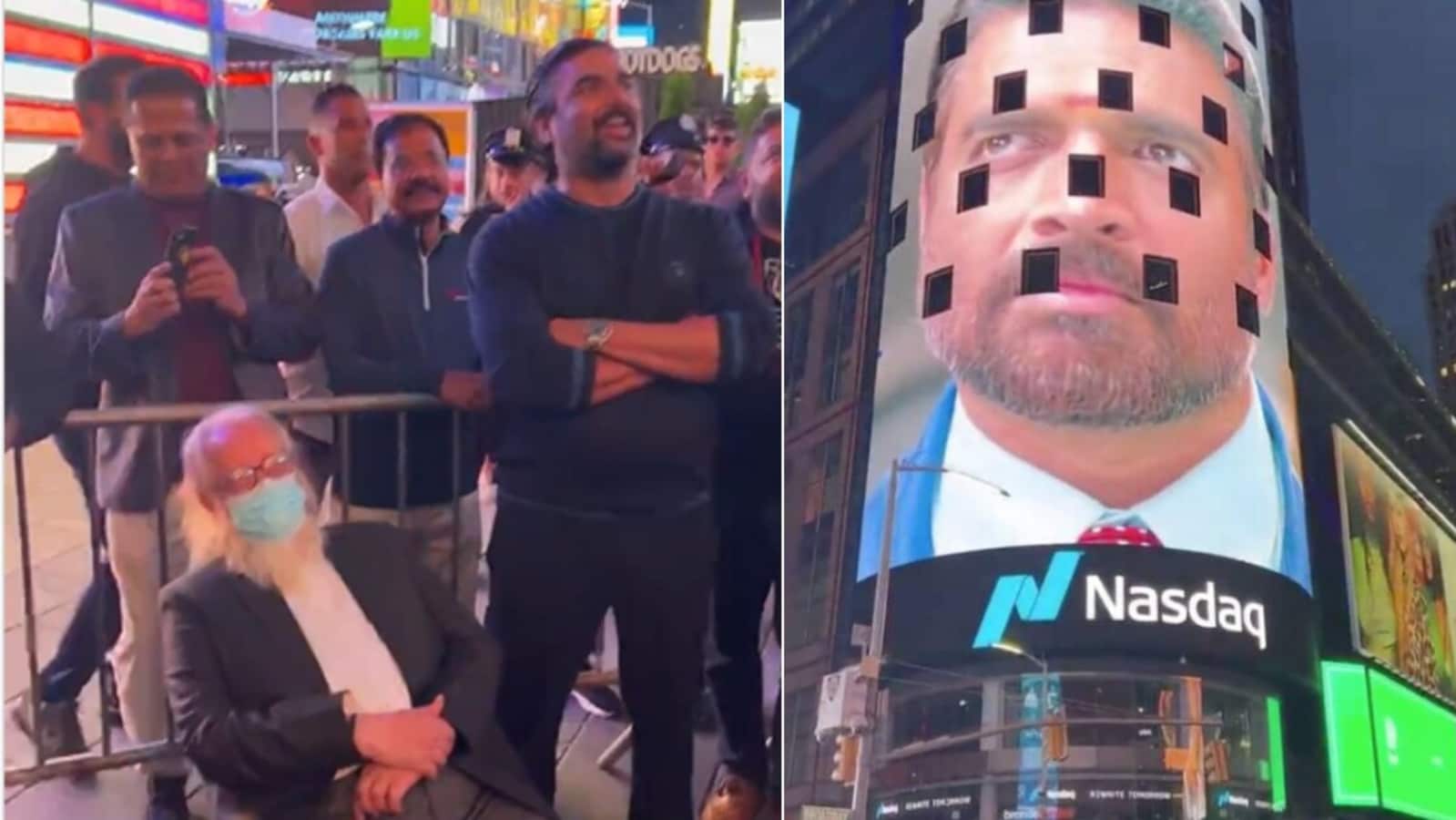 Actor R Madhavan is currently awaiting the release of his upcoming film Rocketry: The Nambi Effect. On Sunday, the film’s trailer got screened on a billboard at Times Square. Madhavan shared a video from Time Square, which also featured ISRO’s former scientist and aerospace engineer Nambi Narayanan–on whose life the film is based. Also Read: R Madhavan, Nambi Narayanan meet astronaut Sunita Williams while promoting Rocketry: The Nambi Effect in US

Actor Aanchal Agarwal commented, “So happy for you,” Isha Deol called it “Awesome.” Rohit Roy said, “Waaaaah ! Mubarak mere bhai (Congratulations my brother).” One person wrote, “Mind blowing, stayed up to watch the history being created love you my brother.” One fan commented, “Amazing!! All the best!! Can’t believe we met you.” While one said, “Really amazing, Maddy!!! Eagerly looking forward to the film,” many others fans dropped heart, folded hands and flower emojis in the comments section of the post.

After creating waves at Cannes 2022, R Madhavan’s directorial Rocketry: The Nambi Effect has now reached the US for a 12-day promotional tour. Set to release worldwide on July 1, the film captures the spy scandal that changed Nambi Narayanan’s life forever and unravels the truth behind it all. Starring Madhavan in the titular role, the film also features Phyllis Logan, Vincent Riotta and Ron Donachie, with special appearances by Shah Rukh Khan and Suriya.

During an interview with ANI, when asked about Nambi’s reaction to seeing the film, Madhavan stated that he would not like to share much prior to the release of this film. He said, “Mr Narayanan was not disappointed. Anything I say about that reaction would be just presumptuous of me and I think I am fairly quiet and humble about what I have managed to achieve in the film, I would like to talk about it after the film releases, but I would tell you that Mr Narayanan was not disappointed.”

The film has been shot in India, France, Canada, Georgia and Serbia. It will be out in six languages worldwide, including Hindi, English, Tamil, Telugu, Malayalam and Kannada.