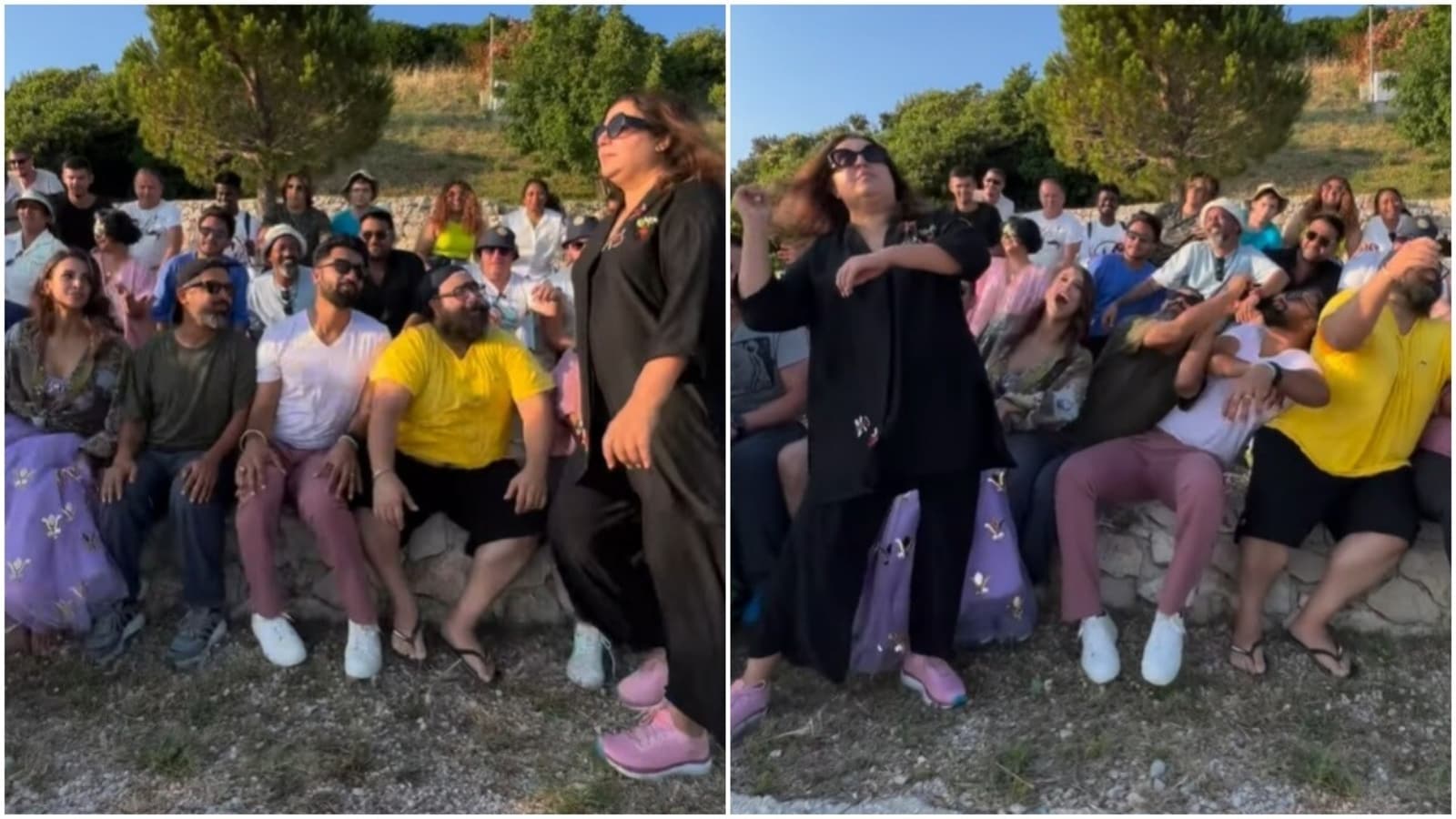 Farah Khan, who accompanied Vicky Kaushal and Tripti Dimri to Croatia for the shoot of their next, has shared a funny video as she wrapped up her work. The choreographer-filmmaker got a funny farewell from the entire team of the Anand Tiwari film and their video is proof that they left no stone unturned in making Farah feel special. Also read: Vicky Kaushal and Tripti Dimri shoot romantic song in Croatia, fans feel they ‘bring a breath of fresh air’. See pics

The video shows the entire film crew including Vicky, Tripti and Anand Tiwari sitting on a pavilion in three parallel lines. As Farah walked by, they all jumped to their right while sitting. Farah stopped them from moving along with her by doing a dhumka, making all of them to move to the other side.

Farah shared the video with the caption, “When the whole crew dances you know its been a great shoot! Thank you #croatia @vickykaushal09 you were lovely @bindraamritpal @anandntiwari @tripti_dimri.” The video had the Main Hoon Na song Tumse Milke Dil Ka Hai Jo Haal playing in the background. Her friends and fans gave their own verdict on how they all managed to record the hilarious video.

A fan also commented, “This is so cute.” Another wrote, “Haha wow mam you rock and so does everyone there!”

Earlier, several pictures from the shoot of the film, said to be titled Rola, surfaced online. They showed Vicky and Tripti shooting for a romantic song sequence on a rocky beach. More pictures showed them in different costumes, shooting on a street and on a boat.