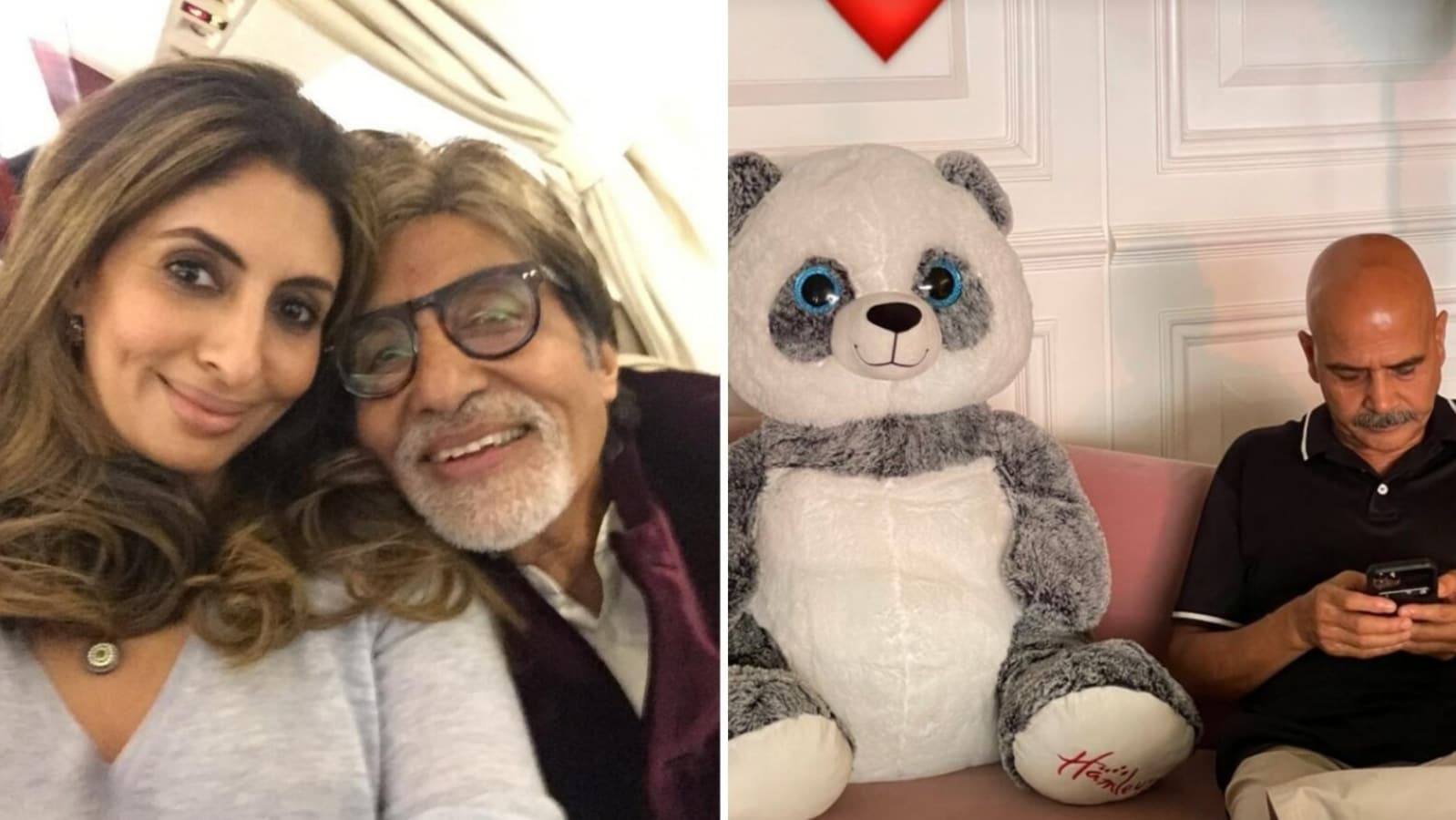 Shweta captioned their selfie, “Rishtey mein toh sirf mere lagte hai (He is all mine). Anushka Sharma, too, shared a picture of her father on her Instagram Stories. In the photo, her father, Ajay Kumar Sharma seems to be engrossed in his mobile phone. The picture seems to have been captured at Anushka’s house in Mumbai; he is seen sitting next to a giant teddy bear, most likey belonging to the actor’s daughter Vamika. Celebrating the special day, the actor shared the picture with a red heart emoji.

Actor Ajay Devgn shared an unseen picture with his son Yug Devgn from a film set. Talking about his childhood with his late father, filmmaker Veeru Devgn, he wrote, “It’s moments like these that take me back to the days when Papa used to be the one behind the camera as I curiously peeked from the sides. Trying to absorb his love for filmmaking as much as I could.” An hour later, he tweeted, “Happy Father’s Day to Shomuji (Kajol’s father). I’m marking your birth anniversary today with a special thought & a prayer. Your presence is missed each day.”

Happy Father’s Day to Shomuji (Mukherjee).
I’m marking your birth anniversary today with a special thought & a prayer. Your presence is missed each day🙏 pic.twitter.com/EOoYGFfgxa

Meanwhile, actor Sanjay Dutt shared pictures with his children, Trishala, Iqra and Shahraan on social media. He also penned a heartfelt note remembering his late father Sunil Dutt, “I love you, Dad! Thank you for every little thoughtful thing you did for me, for us… for our family! You will always be my great source of strength, pride and inspiration. I was blessed and lucky to have been your son for you were the best role model I could ask for! I hope and pray to be as good as a parent as you have been.#HappyFathersDay to mine and to all fathers out there.”

Madhuri Dixit shared a picture with husband Shriram Nene and their sons, Arin and Ryan. She wrote, “A father is a tough shield that protects his kids. Come what may, he will always go great lengths to protect them, but also teach them the lessons that nobody else can. Happy Father’s Day to the world’s best dad! Our boys are slowly growing into the young gentlemen we always envisioned.”