Halsey’s concert in chaos after sudden rain, her staff kicks a drenched rodent off stage. Watch 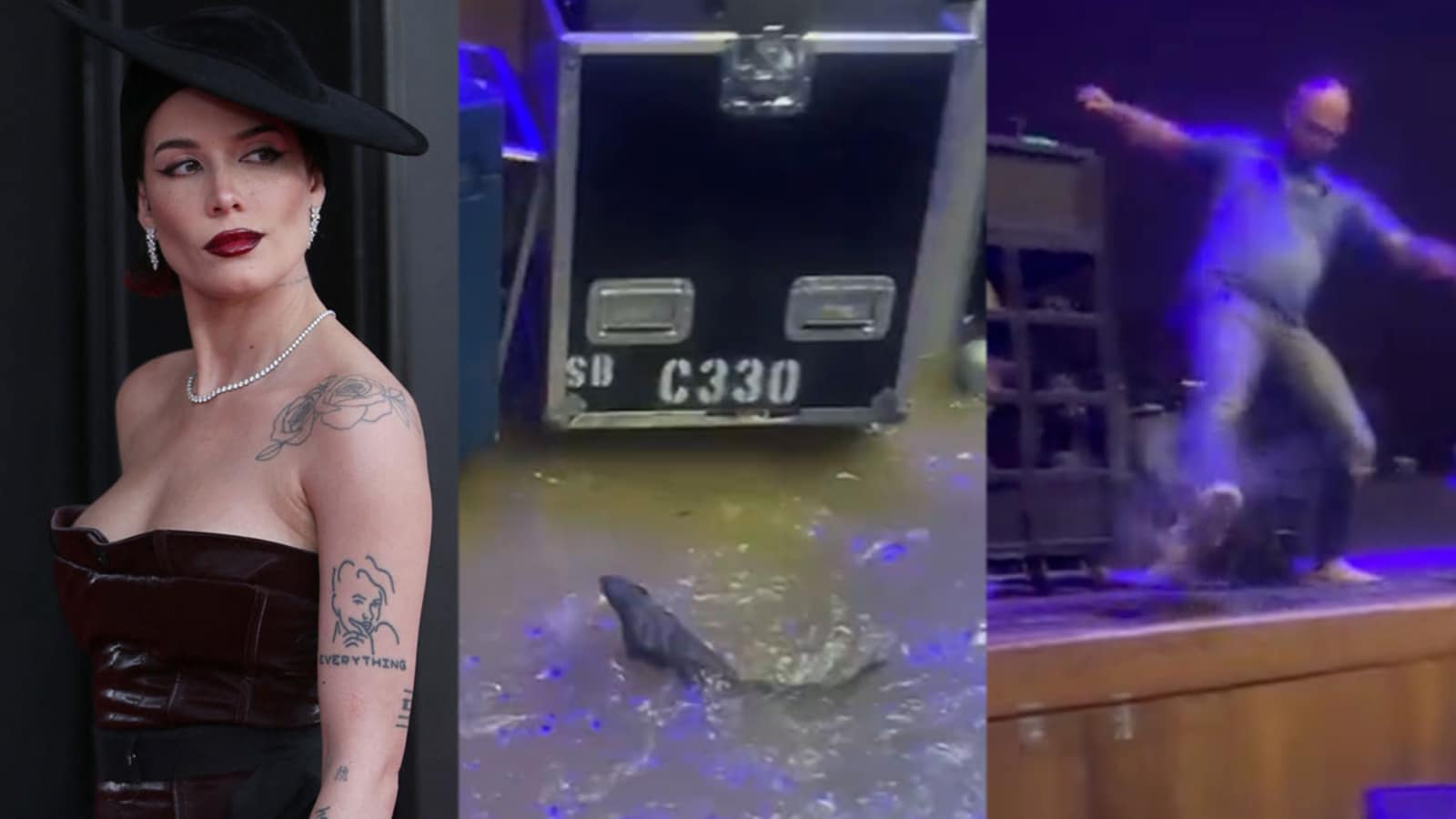 Halsey’s Maryland concert, part of her Love and Power Tour, was recently washed out due to storm and flash floods. The concert, which was to be held at the Merriweather Post Pavilion in Columbia on Wednesday, was cancelled last minute as the venue got flooded and some rodents were also seen struggling in the the muddy waters. A video of a squirrel trying to get onstage to save itself from the floods has also surfaced online. A staff member is seen kicking the squirrel back into the water as soon as it got on stage. Also read: BTS call Halsey-Ed Sheeran their best friend, joke ‘we are just business’ when asked if they get along

As the video went viral on the web, many fans expressed concern about the squirrel, while many also talked about the fate of the concert. A Twitter user shared the video with the caption, “There’s no way this halsey Maryland show is real like WHAT.” The user further added, “Btw the squirrel is safe now and has taken shelter backstage.”

A Twitter user reacted to the video in sarcasm, “Poor thing was just trying to meet Halsey.” Another asked, “What is even happening at this concert.” Many others slammed the kicking of the “poor squirrel”. A viewer wrote, “He didn’t have to kick it.” Another said, “that kick wasn’t necessary.” A comment also read, “everyone in the comments feeling bad for the squirrel but i’m just laughing how random this is.”

After the show was cancelled, Halsey expressed her disappointment on Twitter. She wrote, “I am beyond disappointed with the way the venue handled everything tonight and my rescheduled date will be happening somewhere else. I hear you guys loud and clear I promise.”

She further added, “Maryland I don’t even know what to say. I’m heartbroken and panicked and I just want to know when/that you all get home safely. I love you guys more than anything. I promise I wanted to (perform) more than anything. But I couldn’t because it would have been SO unsafe if I went out there and people rushed the stage during or after the storm. A lot of things were out of my control tonight but I promise everything I COULD choose, I chose your safety.”