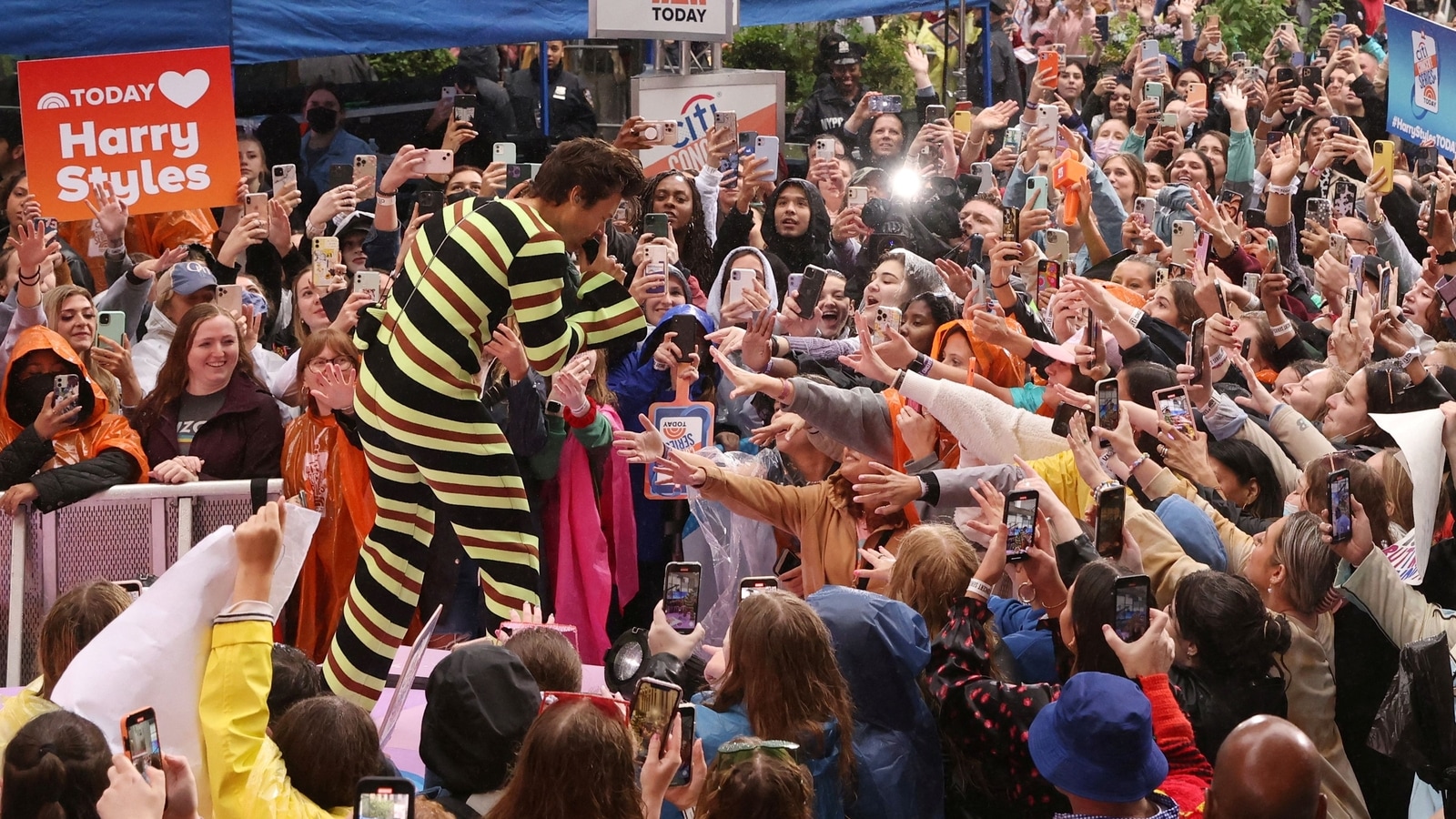 On Saturday evening, during singer Harry Styles’ concert in Glasgow, a man fell from the top tier of a stand at Ibrox Stadium. Several people, who witnessed the man falling tweeted about it on Twitter and said that it has ‘traumatised a lot of people. Also Read: When Harry Styles proposed to a desi fan at a One Direction concert, watch

As per a BBC report, the man landed on other people in the lower tier but managed to avoid serious injuries. He was attended to by the medical staff later that night. About 50,000 fans attended the concert at Rangers FC’s stadium. This was the first big concert in the football stadium in close to two decades. The concert was part of Harry’s ongoing Harry Styles: Love On Tour, which sees him perform in 32 cities around the globe.

A Police Scotland spokesperson told BBC: “Officers were made aware of a man falling from a club deck at a premises on Edmiston Drive, Glasgow, at around 10:15 pm on Saturday, 11 June, 2022. There were no suspicious circumstances and the man was seen by medical staff.”

Many fans, who were at the venue, and witnessed the incident, took to social media to share it was ‘terrifying and traumatising’. A Harry Styles fan, who attended the concert, tweeted, “Still in shock after @Harry_Styles concert @Ibrox. A guy fell from the tier above onto the main stand one row in front of us. No security to be seen. I had to run to the main door at street level to bring help. Everyone was in shock around us and so upset. Hope the guy is OK.”

Another one said, “Y’all.. at the Glasgow Harry styles concert I literally watched someone fall from the balcony. It was so f***ing scary. But my sister saw him talking to security after so we think he’s okay,” replying to this comment, one said, “this happened a few rows in front of me, it was f***ing awful, but they were sitting upright and on a seat as we were all leaving so hopefully they were ok.” In the same thread, one wrote, “We were literally behind where he fell it was terrifying, there were young girls near us who were absolutely traumatised. I’m glad to hear he’s okay.”