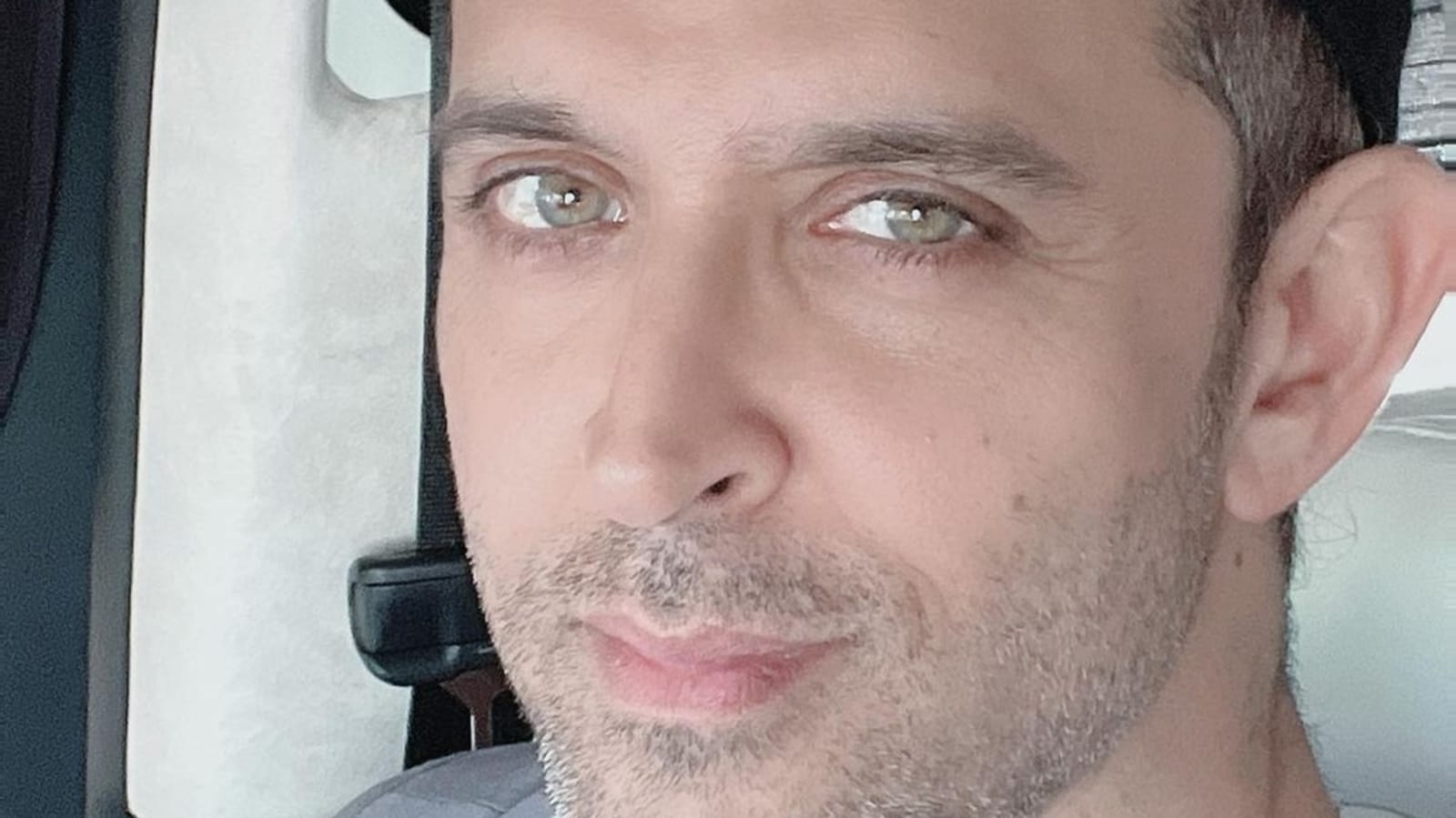 Actor Hrithik Roshan shared a picture of himself and surprised his fans and friends from the film fraternity. In the picture, a clean-shaven Hrithik is seen looking at the camera. Hrithik was last seen in the 2019 film War, which also starred Tiger Shroff in the lead role. Also Read: Hrithik Roshan talks of Saif Ali Khan’s ‘powerful presence’ as they wrap Vikram Vedha filming; Kareena Kapoor reacts

One fan said that in the picture, Hrithik looked like his character Rohit from his debut film Kaho Naa Pyaar Hai which released in 2000 and wrote, “Oh god! That’s Rohit from KNPH.” Another one asked, “Are you ageing in reverse?” A fan asked, “Who is this 20-year-old boy?” Another person said, “OMG who is this kid?”

A few days ago Hrithik shared on his Instagram handle that he has finished the filming of his upcoming film Vikram Vedha. The film is the Hindi remake of the Tamil film of the same name. This marks the first time Hrithik and Saif will be seen together on the screen in almost two decades. They last worked together in 2002’s film Naa Tum Jaano Na Hum. Vikram Vedha is set to be theatrically released on September 30 this year.

Apart from this, Hrithik also has Siddharth Anand’s Fighter in the pipeline. The film will star Deepika Padukone opposite him and Anil Kapoor will essay a supporting role.

Fighter marks the first collaboration between Hrithik and Deepika. In an interview with Bollywood Hungama, Deepika said that she always wanted to work with Hrithik. She had said, “Yeah, I have always wanted to work with him. I feel like it’s the… You know, sometimes it’s not about working with someone. I feel like there are so many things. It has to be the right script, it has to be the right director, the right time in your life. So many things that decide (whether to do a movie or not). So yeah, I guess it’s the right time for us to come together.”