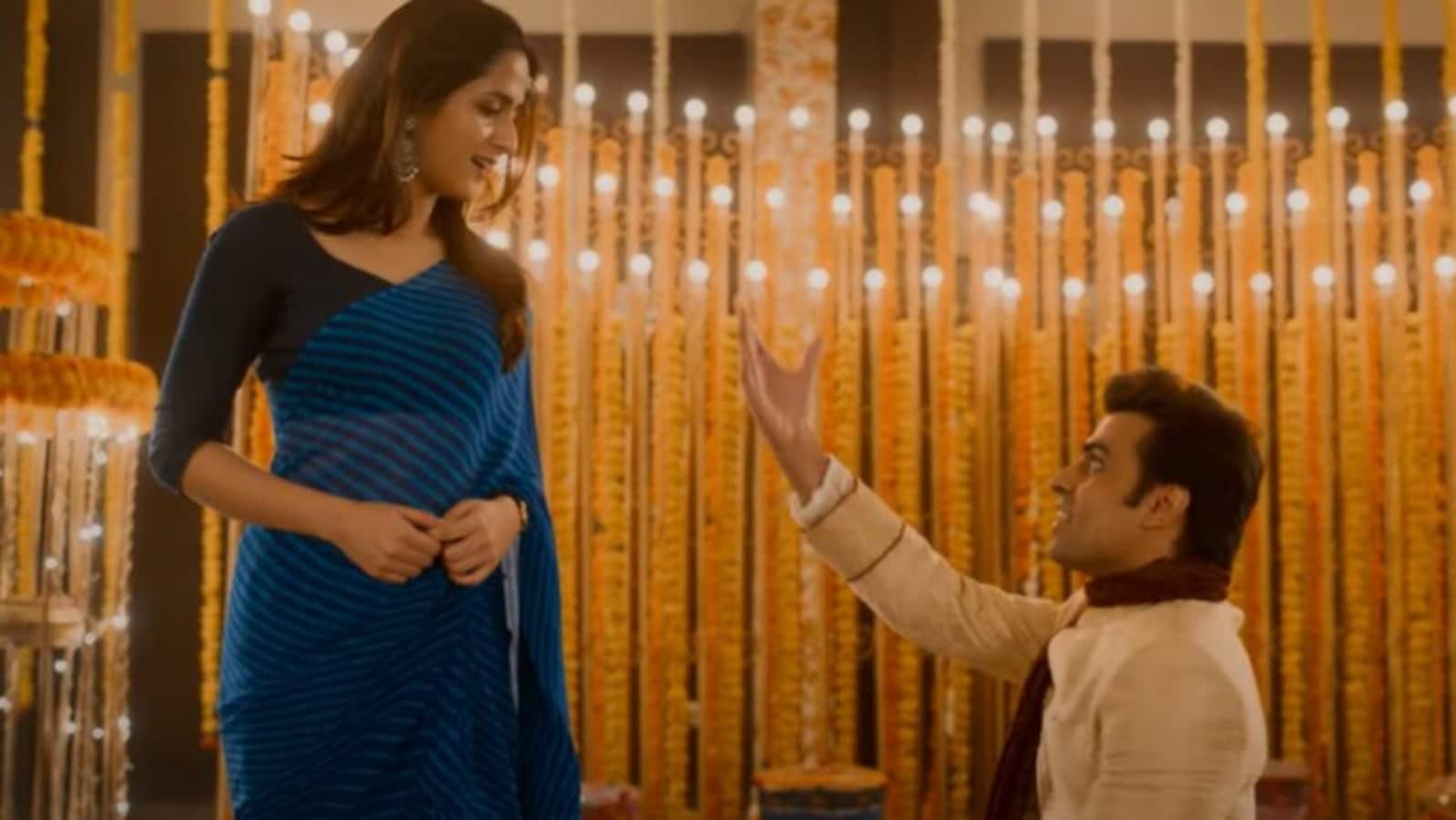 Netflix has released the trailer of its upcoming sports comedy-drama Jaadugar, starring Jitendra Kumar in the lead role. The trailer shows Jitendra as a musician with no athletic talent, but now he has to prove his worth to the woman he loves by winning a football match. The film stars Jaaved Jaaferi as his coach and Arushi Sharma as his romantic interest. Also Read| Panchayat Season 2 memes will make you laugh, cry, cringe at the same time

The trailer starts with Jitendra Kumar introducing himself as Meenu, aka ‘Magic Meenu,’ who is a part-time lover and a full-time magician. Meenu lives in a football-loving town Neemuch, and is part of a football colony team, but has no skills in sports. His teammates also have their own eccentricities and their coach, played by Jaaved, struggles to motivate them to win an inter-colony tournament. Meenu, meanwhile, ignores his coach’s requests and focuses on his magic.

However, things change when Meenu falls in love with Arushi Sharma’s character during an eye checkup. Meenu proposes marriage to her, but will have to take his colony’s football team to the finals in order to marry her. With the tables turned, his coach refuses to take Meenu back to the team, and he struggles with convincing him as well as learning to play football in order to unite with the love of his life.

Directed by Sameer Saxena and written by Biswapati Sarkar, the Netflix original will start streaming on the platform on July 15. The film is produced by Posham pa Pictures and Chalkboard Entertainment. As per the official synopsis, “Set in a football-loving town Neemuch, Jaadugar is a story of a small-time magician, Meenu, with no athletic skill who must prove his worth in a prestigious inter-colony football tournament, in order to marry the love of his life. There are just two things against him – the girl doesn’t love him back and his team hasn’t won a game in years!”