Jin teased solo Variety show just before BTS announced break, said he wants to have fun on his own, be ‘happy’ 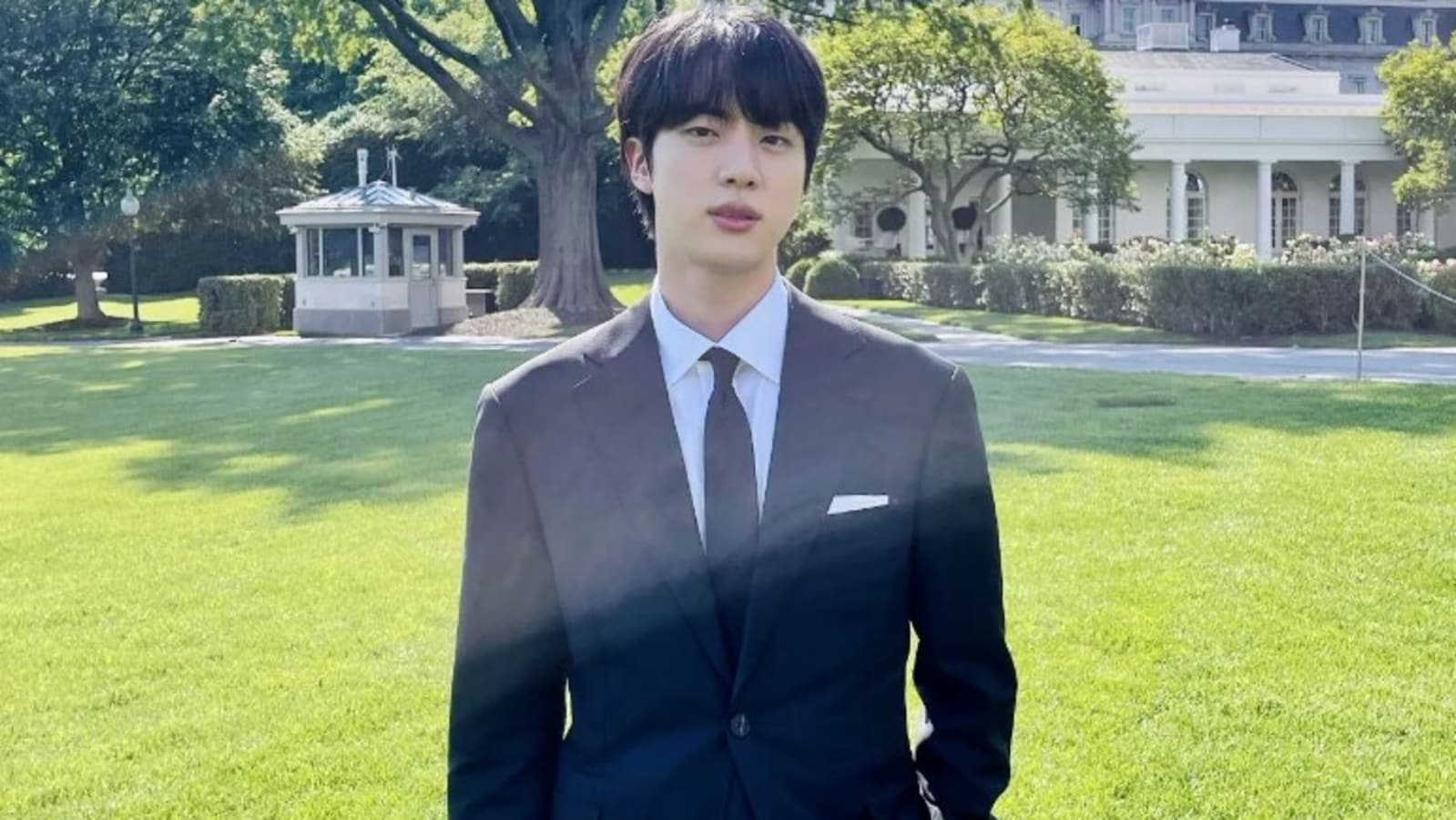 BTS members RM, Jin, Suga, J-Hope, Jimin, V, and Jungkook revealed on Tuesday that they will be focusing more on their individual careers rather than just the K-pop band. In an interview that was released just hours before they made the announcement at their annual Festa dinner, Jin had spoken about having fun on his own and also teased a potential solo Variety show. Also Read| BTS not taking hiatus; will do group projects while ‘focusing more’ on solo careers, clarifies Big Hit

Jin, whose real name is Kim Seok-jin, has previously co-written and released three solo tracks with BTS: Awake, Epiphany, and Moon. Talking of solo projects in his recent interview, he also spoke about how he struggled to handle something on his own.

He told Weverse magazine about presenting something on his own, “It used to be that any time I had to do something, I thought it was such a big deal. Like, How can I handle something this big right now? I would always feel discouraged, but my personality has changed a lot now, I think. I think the biggest change in my mind is that now, even if there’s a major project in the works, I think I can do it now. Now, instead of, ‘How can I handle this?’ it’s ‘I can handle this!’ when I’m making songs for other people to listen to.”

The musician, who released a new version of Epiphany in BTS’ recent album proof, revealed that it was part of his new personality, where he does what he wants when he wants, When asked if this is his way to strike a balance between the band and his personal life, Jin said ‘he wants to be able to have fun on his own too without inconveniencing anybody else.’

He then teased a potential solo Variety show, saying, “I thought about going on a variety show to make myself happy, not for the group or because of my popularity or for work, because filming those shows might put me in a happy mood. There are some things about variety shows that are tough, of course, but it’s also a chance to laugh your head off on set all day. I talked about how I felt like I was watching both the other members and ARMY at the most recent concert, right? So I want to do it to enjoy myself – I’m on stage and putting on a performance, but watching a BTS concert up-close at the same time. I’m on a variety show, but watching that show up-close.”

At the streamed dinner, the band members had promised the ARMY that they will be back one day, while Jin had said, “Remember nothing works according to plans,” talking of how many times their plans have changed previously. Big Hit later clarified that the band members were talking about shifting their focus on their solo careers instead of announcing a hiatus.