John Cena meets 19-year-old fan with Down Syndrome who fled Ukraine with mom, fans say ‘this bought tears to my eyes’ 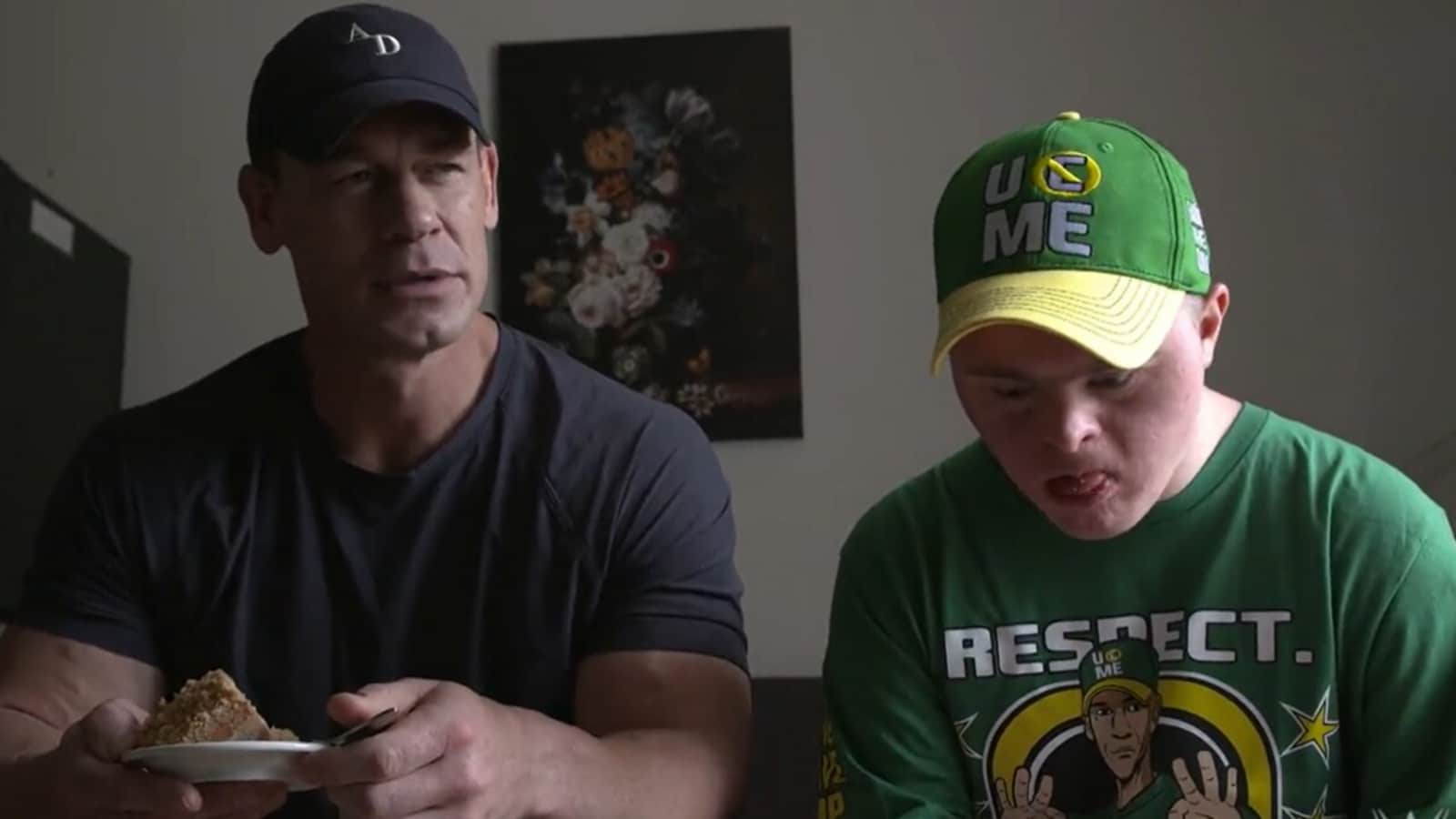 Professional wrestler, actor John Cena met a fan who fled Ukraine with his mom. John met the 19-year-old fan with Down Syndrome during his European trip. WWE shared the video on its social media handles and garnered reactions from fans. Also Read: Peacemaker star John Cena reveals he unsuccessfully auditioned for these Marvel, DC superhero roles

The video was shared on WWE’s Twitter handle with the caption, “@JohnCena meets Misha, a teen who fled Ukraine after his home was destroyed. To motivate Misha on their journey to safety, his mother told him they were on their way to find Cena.”

In the video, John can be heard saying, “When I read about Misha’s story, it reached out to me, not just Misha’s story, but the story of Misha’s mom as well. Having three days off from work right at the time when I read this story, and being an hour away by air, it turned immediately into, ‘We’re going.’” He continued, “And that means spending an afternoon building blocks and eating cake. That’s a special afternoon when it comes to the new friends I was able to meet.”

John greets Misha with a handshake and gave him a hug and said, “I’ve come a long way to see you. I’ve heard many things about you.” At the end of the video, the boy’s mother said, “John, thank you. You have a big heart.”

One fan commented, “Made me smile.” Another one said, “There isn’t a celebrity who connects with his fan in a manner like Cena does, especially kids.” Complimenting John, another one wrote, “Mr. Cena is one of the most stand up, class act people. The way he goes out of his way for his fans and especially kids is like nothing else! Take the 2:41 to watch this and try not to have happy tears for Misha and his family!” While one said, “I’m not crying. you’re crying,” another one commented, “John Cena is an absolute treasure & genuinely seems to be one of the kindest humans. This brought tears to my eyes.”

John’s first film The Marine was released in 2006. He later appeared in films such as, The Suicide Squad, Bumblebee, Blockers, Fred: The Movie and many others.