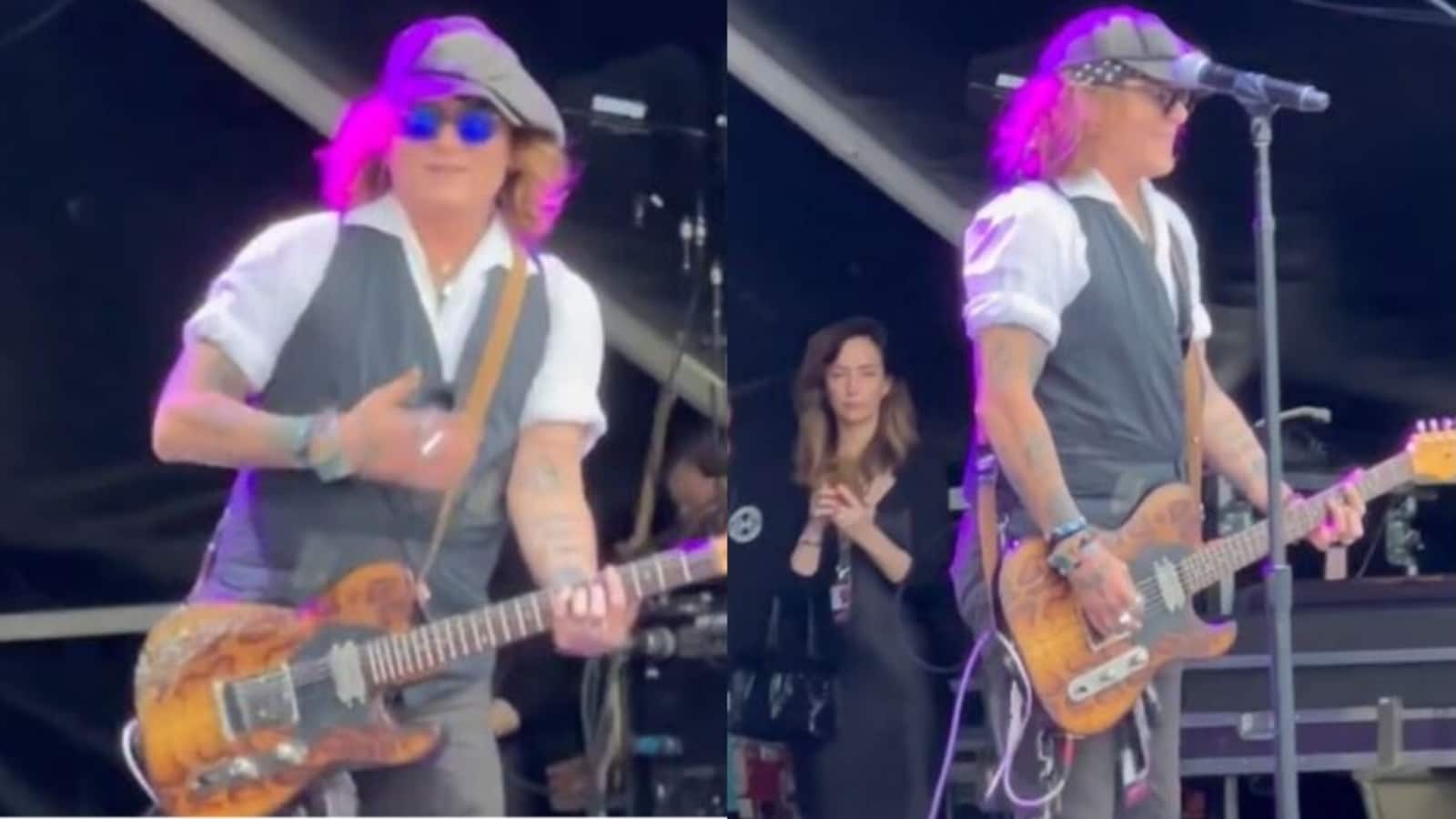 Weeks after his trial win against his ex-wife, actor Amber Heard, actor Johnny Depp performed with musician Jeff Beck in Helsinki. As per a new report, Johnny has ‘moved on’ after the trial. It also said that the actor looks ‘forward to continue working’ and ‘wants his career back’. Earlier this month, a jury ruled in Johnny’s favour in his defamation case against Amber. (Also Read | Johnny Depp’s face as Jack Sparrow used in Disney light show after four years; fans demand apology. Watch)

While performing in Helsinki, Johnny was seen smiling and greeting fans in the audience. In one of the videos, Johnny was also seen nodding his head and mouthing something as he looked at someone. He also kept his hand on his chest for a brief moment in one of the clips.

People quoting a source reported, “The trial was necessary, but he is happy that it’s over. Although he is relieved about the jury’s verdict, he isn’t gloating about it. He isn’t even talking about the trial now. He filed the lawsuit, because he considered it necessary. He has moved on though. He is now able to get back to what he loves doing. He enjoys performing and has a busy summer ahead. He is also looking forward to continue working. He just wants his career back. He loves filming.”

After the recent six-week trial in Fairfax County, Virginia, a seven-person jury reached a verdict on June 1, deciding that Johnny, proved that Amber defamed him in the 2018 op-ed. He has maintained that he never assaulted Amber and claimed she physically harmed him. The jury awarded Johnny $15 million in damages, which was later refused to $10.35million due to a Virginia law limiting punitive damages. In her countersuit, Amber won one of the three defamation counts and was awarded $2 million in damages. She now has to pay Johnny $8.35 million.

Recently, Amber was spotted shopping at a discount department store. As per TMZ, Amber visited the TJ Maxx in New York’s Bridgehampton. She wore a white-coloured oversized T-shirt and a pair of blue denim. She was accompanied by her sister Whitney Henriquez.