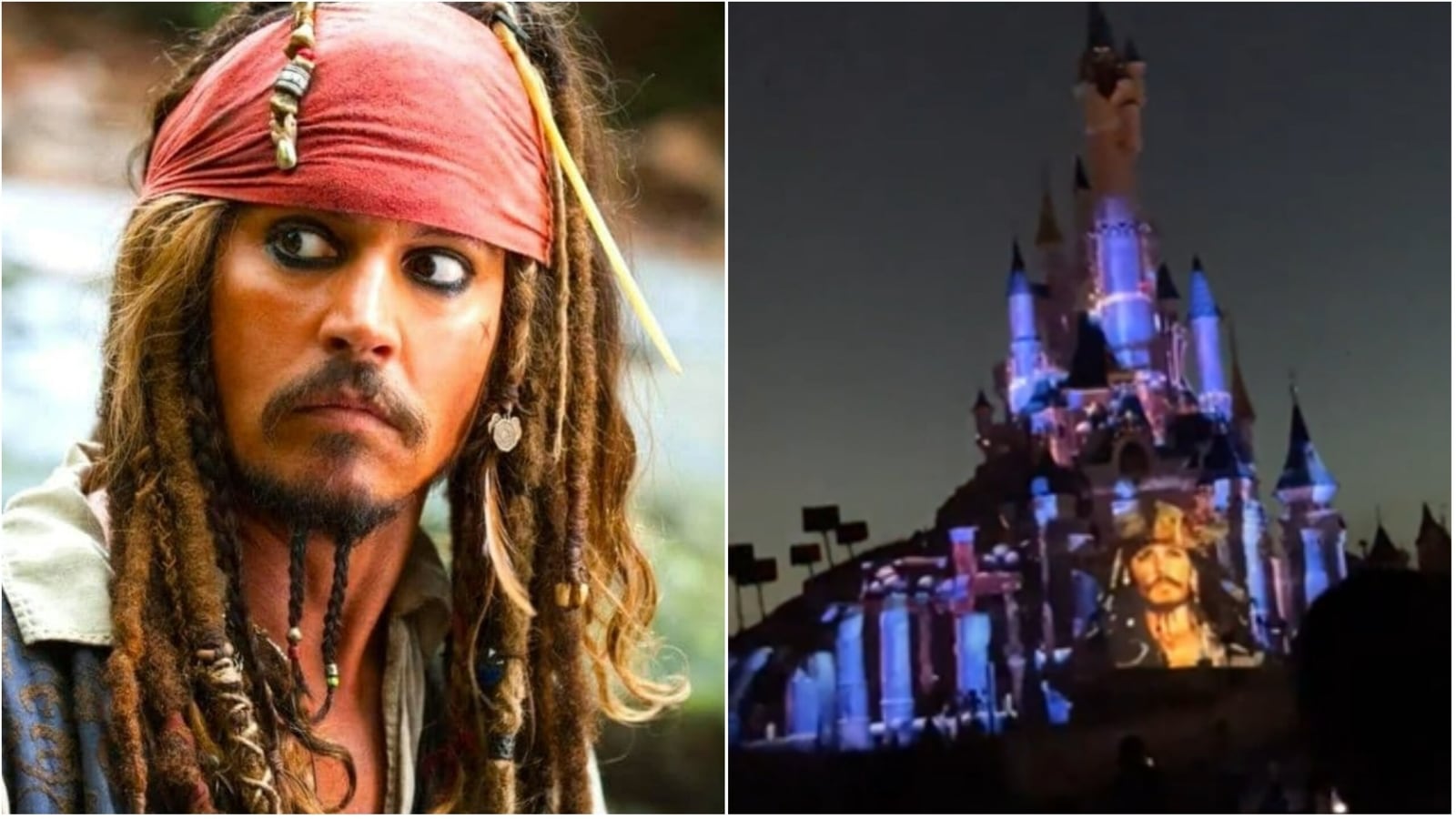 Disney has brought Johnny Depp‘s face back onto its castle after a jury ruled in the actor’s favour in a defamation trial against his ex-wife Amber Heard. It also comes just weeks after Johnny said that ‘nothing on this earth’ would tempt him to reprise his role as Captain Jack Sparrow in the Pirates of the Caribbean franchise, which he had allegedly lost, after Amber said she was a domestic abuse victim in a 2018 article. Also Read| Amber Heard seen shopping at discount store after lawyers said she can’t pay Johnny Depp in defamation case

Disney, who had distanced itself from Johnny just four days after Amber’s article was published in 2018, projected the actor’s image as Jack Sparrow onto the castle at Disneyland Paris. Images and videos shared by people on social media showed Johnny being featured in a Pirates of the Caribbean display.

Cheers could be heard from the audience as Johnny’s face appeared on the screen, and was followed by a line said by him in the film. More scenes of Johnny from the film were projected, while the series’ theme music played. The light show also featured fireworks and fountains.

It is the first time since 2018 that Disney has used Johnny’s image as Jack in the light show. Disney production chief Sean Bailey had said in 2018 that Johnny was no longer a part of the blockbuster franchise, telling The Hollywood Reporter that they ‘want to bring in a new energy and vitality,’ a reason which not many found believable. Losing his prized role as Jack Sparrow had been a central claim in Johnny’s defamation suit against his ex-wife Amber.

During the recent trials in the case in Virginia, Johnny had told Amber’s lawyer that ‘nothing on this earth’, not even ‘$300 million and a million alpacas’ could get him to go back to work with Disney on a Pirates of the Caribbean film. He also said, “Two years had gone by of constant worldwide talk about me being this wife-beater. So I’m sure that Disney was trying to cut ties to be safe. The #MeToo movement was in full swing at that point. They didn’t remove my character from the rides. They didn’t stop selling dolls of Captain Jack Sparrow. They didn’t stop selling anything. They just didn’t want there to be something trailing behind me that they’d find.”

Fans are now demanding an apology from Disney, and want the the company to reinstate him in the role of the popular pirate. One wrote, “Yeah so @Disney care apologising to Johnny Depp?” Another commented, “Maybe it’s a sign…….. Pirates of the Caribbean 6 ????” A third one wrote, “That is beautiful!!! Best thing I’ve seen in ages. Honoring the man and the character he created. He did create that character. Wrote lines, made the walk and the accent. All him. He is a genius. Finally. Now apologise Disney.”

In its verdict on June 1, the jury found both Johnny and Amber guilty of defamation, but awarded him a bigger compensation. Amber currently owes him $8.35 million.