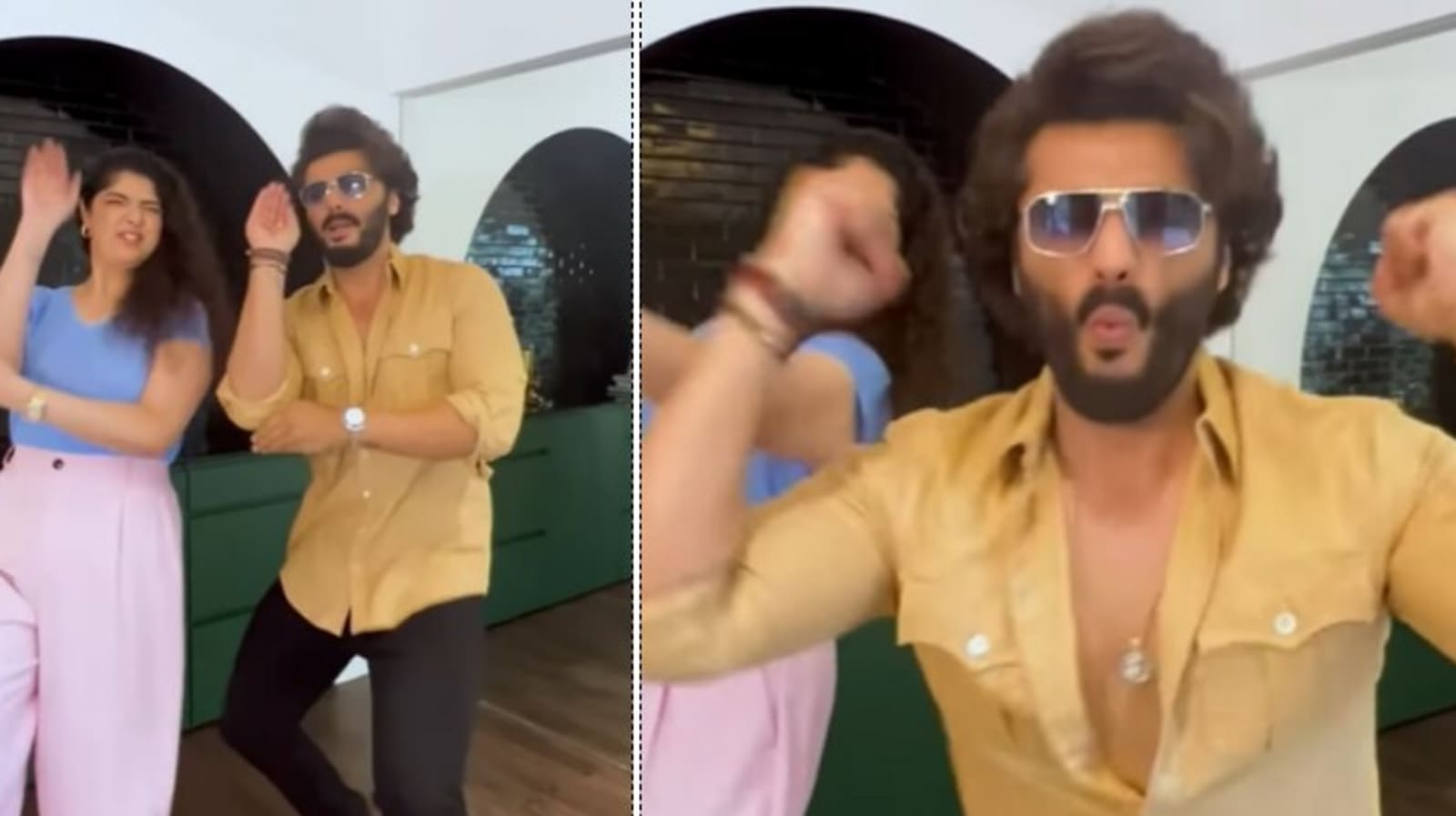 Sidharth Malhotra and Kiara Advani to Sara Ali Khan and Janhvi Kapoor, many celebs have been grooving to the tunes of JugJugg Jeeyo’s The Punjaabban Song at different events. On Saturday, actor Arjun Kapoor, shared a video of him dancing to the song with his sister Anshula Kapoor. Their uncle, actor Sanjay Kapoor, as well as JugJugg Jeeyo’s lead, Varun Dhawan reacted to the ‘epic’ video. Read more: Arjun Kapoor makes ‘sansanikhez khulasa’ for Varun Dhawan to clear his name on being accused of not dancing

Arjun danced to The Punjaabban Song with actors Kiara Advani, Sara Ali Khan, Ayushmann Khurrana, Parineeti Chopra, Sidharth Malhotra, Janhvi Kapoor, Anil Kapoor, and others, at an awards function on Thursday. A few days later, he shared a video of him shaking a leg to the song again, this time with his sister Anshula. Sharing their clip, the actor wrote on Instagram, “Have done this one with my ‘Extended’ family and now doing it again with my ‘Family’ family! Here’s a special one for my brother @varundvn #JugJuggJeeyo mere Lala (my son)! Best wishes to the entire team.”

In the video, the siblings are seen doing the hook step to The Punjaabban Song. Arjun is also seen imitating actor Anil Kapoor by pouting like his uncle, as he copies one of his famous dance steps. Anil reacted to the post and dropped a heart emoji. While Anil’s younger brother, actor Sanjay Kapoor, left the funniest comment on Arjun’s post. “You’re behaving like Anil chachu (uncle); come right in front of the camera… poor Anshula,” he wrote. Varun commented on Arjun’s video, “Epicness.”

Produced by Karan Johar’s Dharma Productions and Viacom18 studios, JugJugg Jeeyo releases in theatres on June 24. It stars Varun Dhawan, Kiara Advani, Neetu Kapoor and Anil Kapoor in lead roles. Actors Tisca Chopra, Maniesh Paul and Prajakta Koli will also be seen in the film directed by Raj Mehta. The trailer of the family drama was released in May.