Jungkook dedicates new song My You to ARMY on BTS’ 9th anniversary, fan says: ‘This is making me cry’ 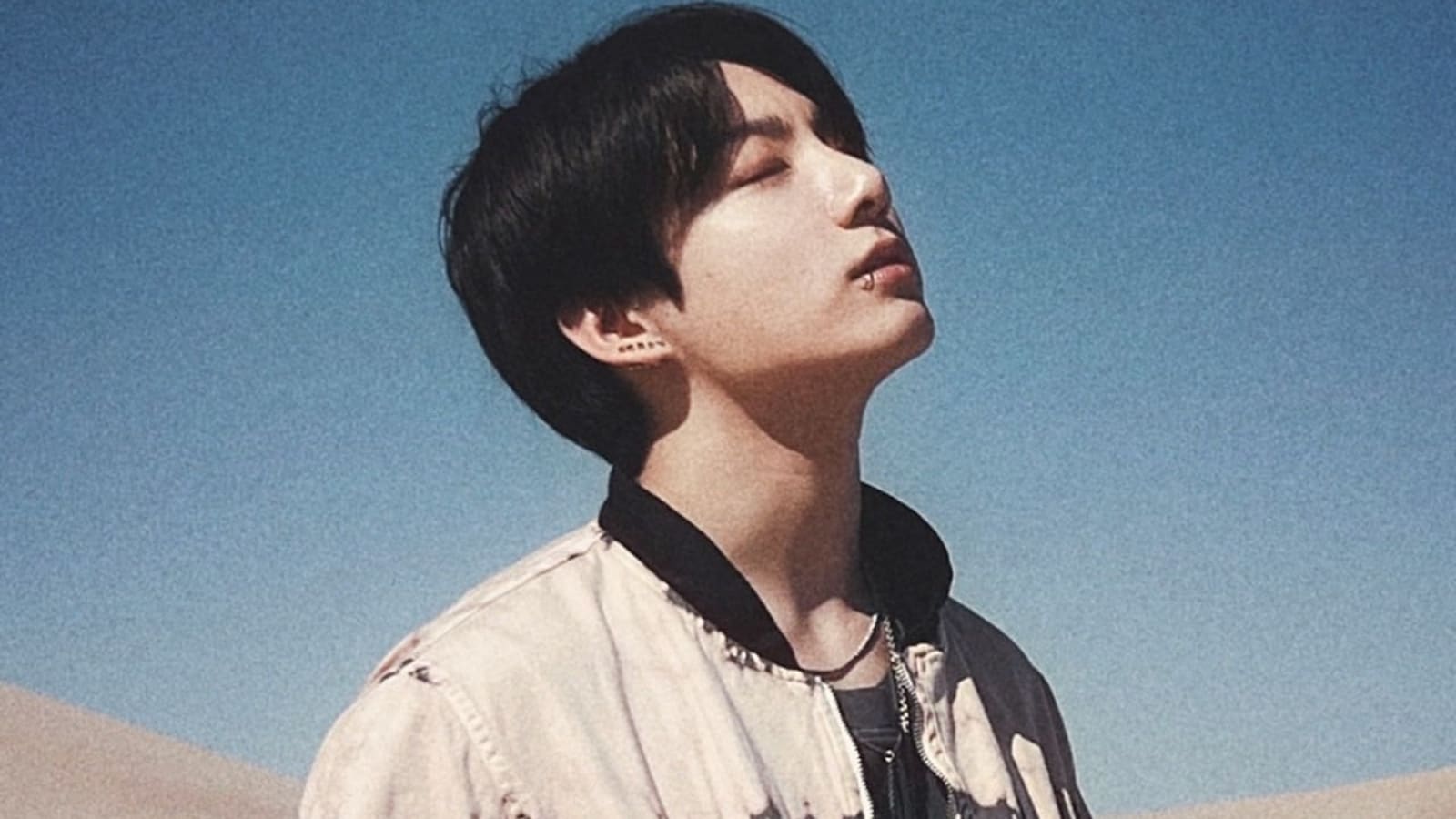 BTS‘ youngest member Jungkook has dedicated a new song, titled My You, to ARMY on the group’s ninth anniversary. The over three-minute-long song is a solo by Jungkook and has been co-produced by Jungkook and Hiss Noise. It has been sung in both Korean and English. The music video features lyrics on several social media and music platforms. (Also Read | J-Hope on giving shout-out to fellow bandmates with Run BTS in new album Proof: ‘We all went through a lot’)

As the video starts, a screen of a phone is shown with Jungkook’s message flashing on it. The song starts after his message, “Hi, I have something to say.” Ahead of dropping the track, Jungkook took to Twitter and shared a screenshot of a text message with ‘hi (bunny emoji)’ written on it. He captioned the post, “22.06.13 00:00 AM.”

Reacting to the song, a fan wrote, “It’s like he poured all his emotions in the song… seriously butterflies are dancing in my stomach his voice is soo soothing.” Another one wrote, “Jungkook is more than an idol !! There’s no such artist that cares and loves so much like he’s to ARMY, I feel appreciated by him.” One fan also commented, “This song is soo cute and looks how clearly he expresses his love for armies.” One more comment read, “Jungkook’s voice is so beautiful and the song itself is a masterpiece,”

A comment read, “Jungkook is a gem, he is more precious than anything that glitters. Where can you see someone who loves you unconditionally like him? No one, never. My heart is always full of joy because of him. Thank you JK, we love you so much.” One more comment read, “I don’t know but this is making me cry every time I listen to it. The lyrics are so touching. It strikes my heart at once…At this moment I could only say that….. I’m so thankful to be by your side now.”

Jungkook also shared a message for ARMY on the BTS blog. As translated by Twitter user @BTStranslation_, he said, “When I think about you guys (ARMYs) these emotions fill me up and overwhelm me so much that I sometimes think about ‘what would I do if all of this disappears, if this is all a dream’ I thought about things like that. Therefore I came to write a song on that basis and I wondered if the song’s vibes might become too sad/depressing so I filled up the song lyrics with pretty words.”

“It’s a song solely for you guys (ARMYs) & even to me who made this song, and to you all who are listening to it, eventually I hope it can become a song that’s makes one feel hopeful, shining by ourselves, and gives strength. ARMY, you all, thank you always, and let’s go on making even more great memories in future. My ARMY, I love you,” he added.

Jungkook’s gift for ARMY comes a few days after BTS released their new anthology album Proof. The album featured three new songs – For Youth, Yet To Come and Run BTS. It also comprised several of their old tracks.