Justin Beiber says right side of his face is paralysed after virus attack, calls it ‘pretty serious’ condition 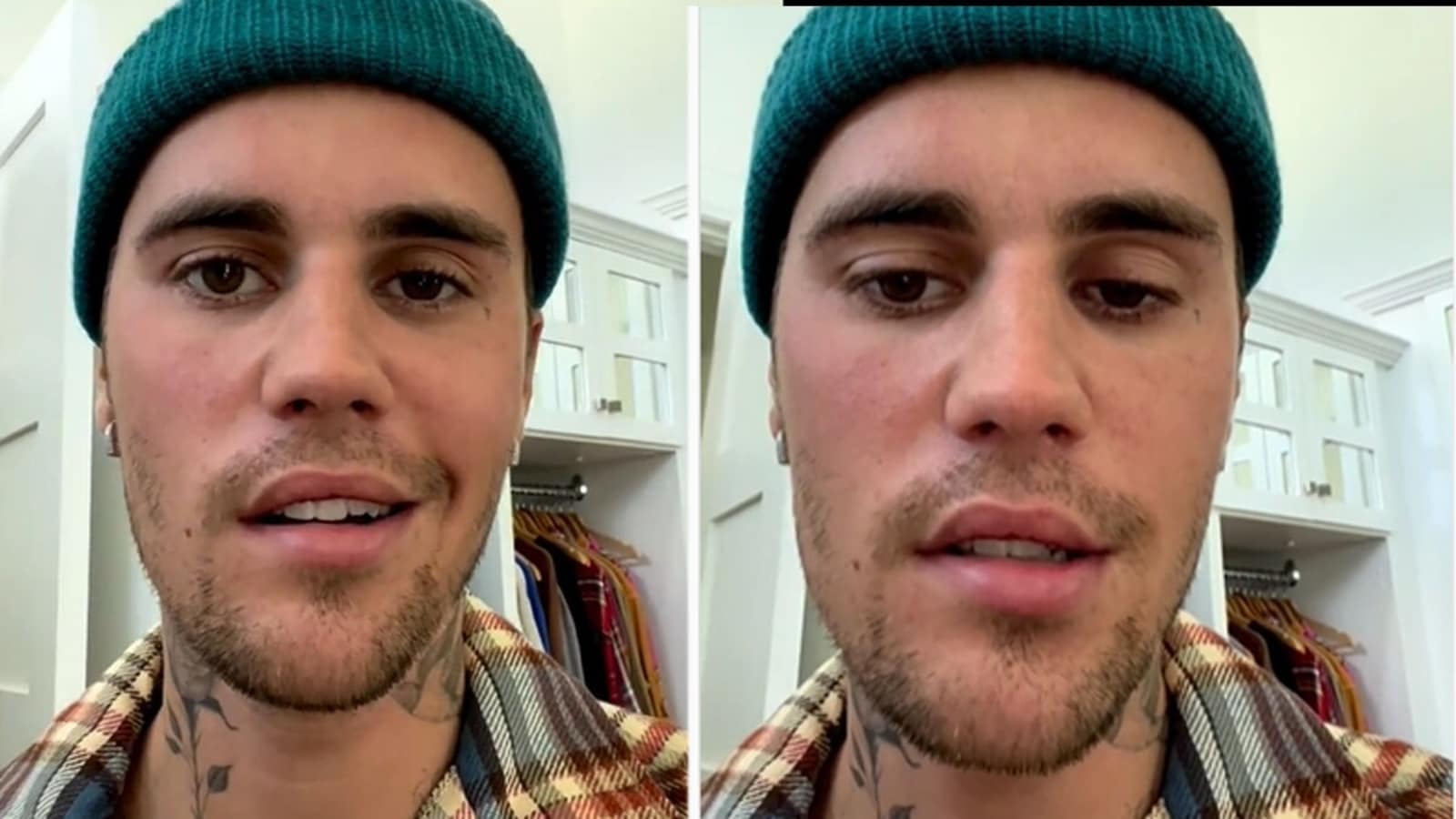 Singer Justin Bieber, 28, has revealed he has been diagnosed with a rare disorder that paralyzed half of his face and therefore he has postponed his tour until he gets better. The Grammy winner shared a video on Instagram on Friday in which he talked about his condition. He said he is suffering from Ramsay Hunt syndrome which causes facial paralysis and affects nerves in the face through a shingles outbreak. Also read: Justin Bieber to perform in Delhi on October 18: How to register, buy tickets, venue details and more

Justin shared the video after he cancelled his shows in Toronto and Washington, D.C. The singer demonstrated in the video that he could barely move one side of his face, calling the ailment “pretty serious.” He captioned it, “IMPORTANT PLEASE WATCH. I love you guys and keep me in your prayers”

“For those frustrated by my cancellations of the next shows, I’m just physically, obviously not capable of doing them,” he said in the video, adding, “My body’s telling me I’ve got to slow down. I hope you guys understand.”

Justin said he’s unsure how long he’ll take to heal. However, he appeared positive about making a full recovery through rest and therapy and said that he has been doing facial exercises. “I’ll be using this time to just rest and relax and get back to a hundred percent, so that I can do what I was born to do,” he said.

Justin’s video had 14 million views in a few hours and thousands of prayers and wishes in the comments section for him to get better. Shawn Mendes wrote, “love you so much. I admire you so much.” Justin Timberlake wrote, “Love you, bro. Prayers up and sending lots of healing vibes!”

In March, his wife, Hailey Bieber, was hospitalized for a blood clot in her brain.

Justin shot to fame as a 13-year-old as his mother used to upload his singing videos on YouTube. He went on to become a global pop phenomenon with hit chartbusters like Baby and Believe. He has two Grammy wins among 22 nominations, including a record and song of the year nods this year for Peaches.