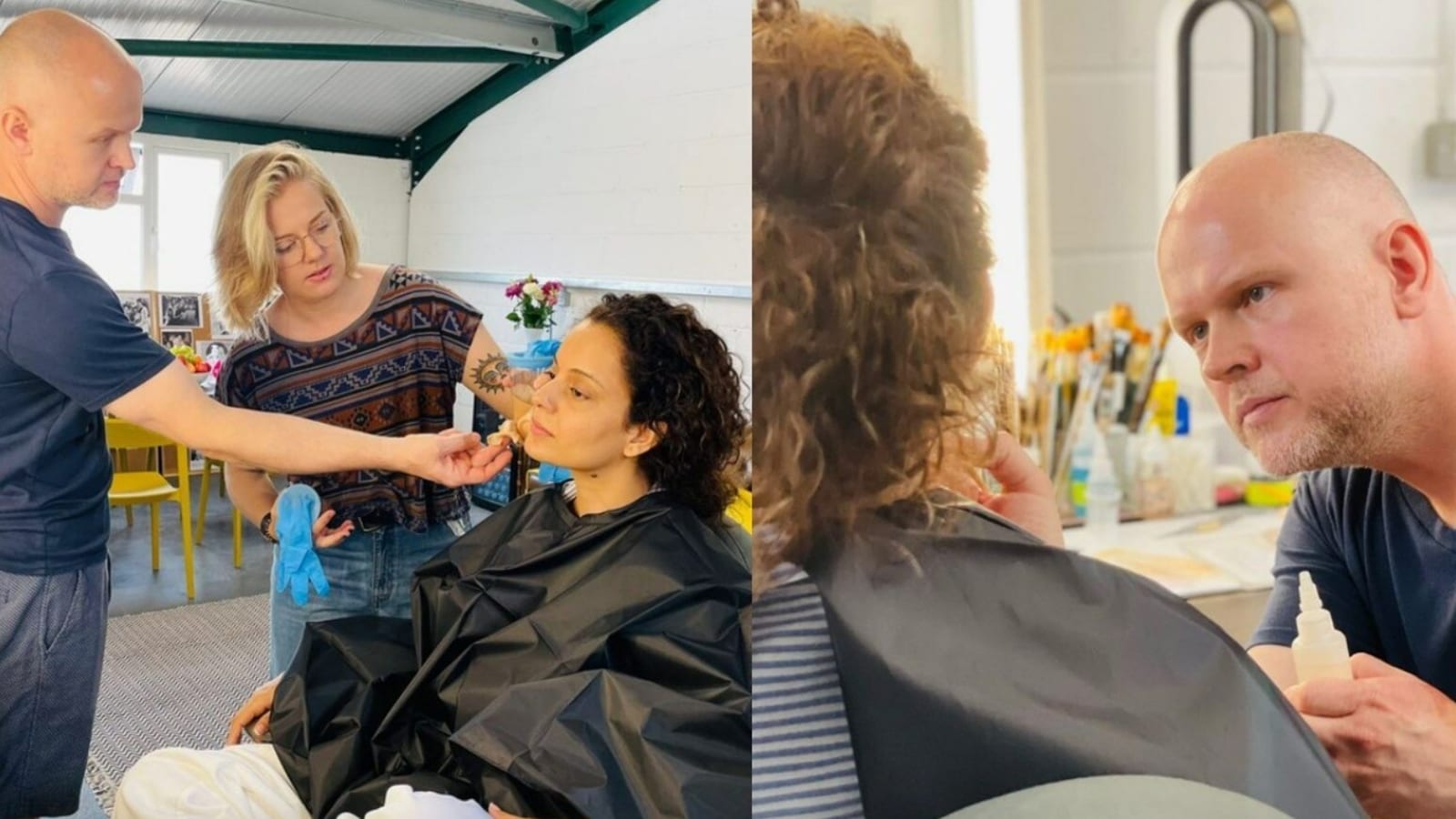 Kangana Ranaut has got renowned prosthetic makeup artist David Malinowski on board for her upcoming directorial Emergency. The actor will be playing the role of Indira Gandhi in the political drama. Sharing a picture with the artist, she took to her Instagram stories and said, “Welcome to the team Emergency @djmalinowski.” (Also read: Kangana Ranaut spends break with family picnic in Himachal)

She added to her next story, “Please to have Academy Award winning artist for character transformation in Emergency.” Kangana has also added glimpses from her film workshop session with David. It read, “Exciting transformation for my second directorial.” David Malinowski has won several awards including the 2018 BAFTA and Oscar for Best Makeup and Hairstyling in the 2017 film Darkest Hour. Some of his other work includes World War Z (2013) and The Batman (2022).

Kangana announced her project Emergency in 2021. While the film will be directed by the actor herself, it’s written by Ritesh Shah, who also wrote Kangana’s last film Dhaakad. She had updated about the film on Koo last year, “Pleased to wear director’s hat again, after working on Emergency for more than a year I finally figured no one can direct it better than me. Collaborating with fabulous writer Ritesh Shah, even if it means sacrificing on various acting assignments I am determined to do it, my excitement is high. This is going to be a tremendous journey, my leap to another league #Emergency #Indira.”

According to Kangana, Emergency is ‘not the biopic of Indira Gandhi’. She had clarified in a statement that the film ‘is a political drama that will help the generation to understand the socio-political landscape of current India.’ Apart from Emergency, Kangana also has Tejas, Manikarnika sequel and Sita: The Incarnation in her kitty.