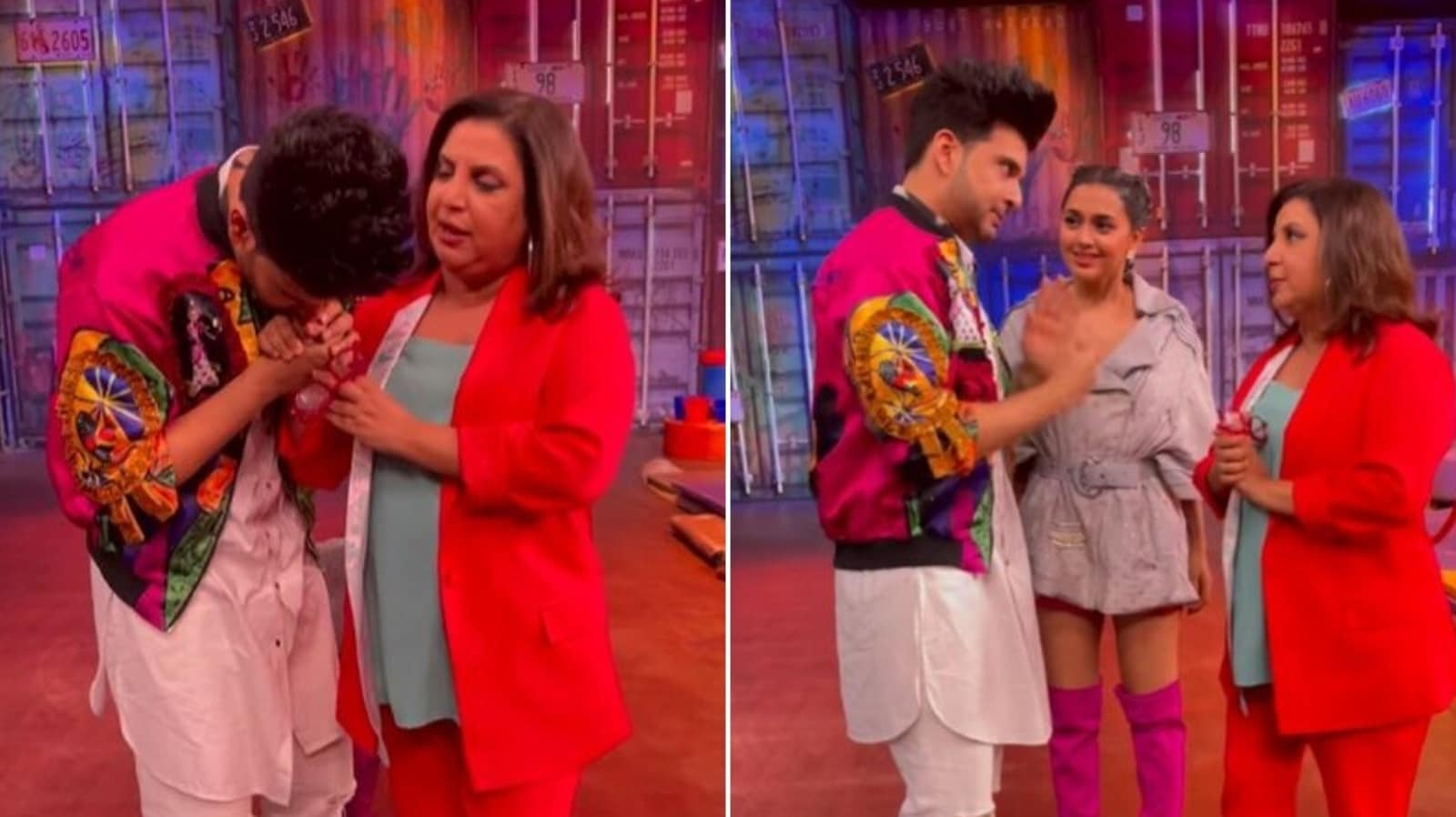 Tejasswi Prakash and Karan Kundrra met Bharti Singh and Farah Khan on sets of their show Khatra Khatra and even had a fun encounter with Farah. He kissed her hands, flirted with her while Tejasswi acted as if she was offended by the gesture. (Also read: Karan Kundrra says Tejasswi Prakash is delaying their wedding plans)

In a promotional video shared on the official Instagram account of Colors TV, Karan could be seen telling Farah, “Kuch nahi (nothing),” when she asked him if Tejasswi has anything that she does not. He could just manage to kiss Farah’s hands when Tejasswi jumped in the middle and yelled, “Really? Really Karan?”

Karan then changed tracks and said, “Ma’am, I was just asking how do you get dates for a wedding? I want to get dates for my wedding with Tejasswi, do you have any idea?” Both Tejasswi and Farah gave him stern looks and walked out on him.

Bharti Singh then entered the frame and told Karan, “Main Hoon Na (I am there for you),” and the two hugged each other. Sharing the video, Karan wrote on Instagram, “Kaisi kaisi ‘khatra’naak situations se sambhalna padhta hai ek bhale ladke ko love you @farahkhankunder ma’am @bharti.laughterqueen I know you will always have my back @tejasswiprakash my doll yes I’m serious.”

Karan and Tejasswi Prakash were seen together on Salman Khan’s reality show Bigg Boss 15, where they started dating after spending much time together. Tejasswi won the show in January this year and fans as well as media have been asking them questions about their marriage plans.

While Tejasswi often puts the blame on Karan for not even proposing to her, he recently claimed she does not have the time for marriage.