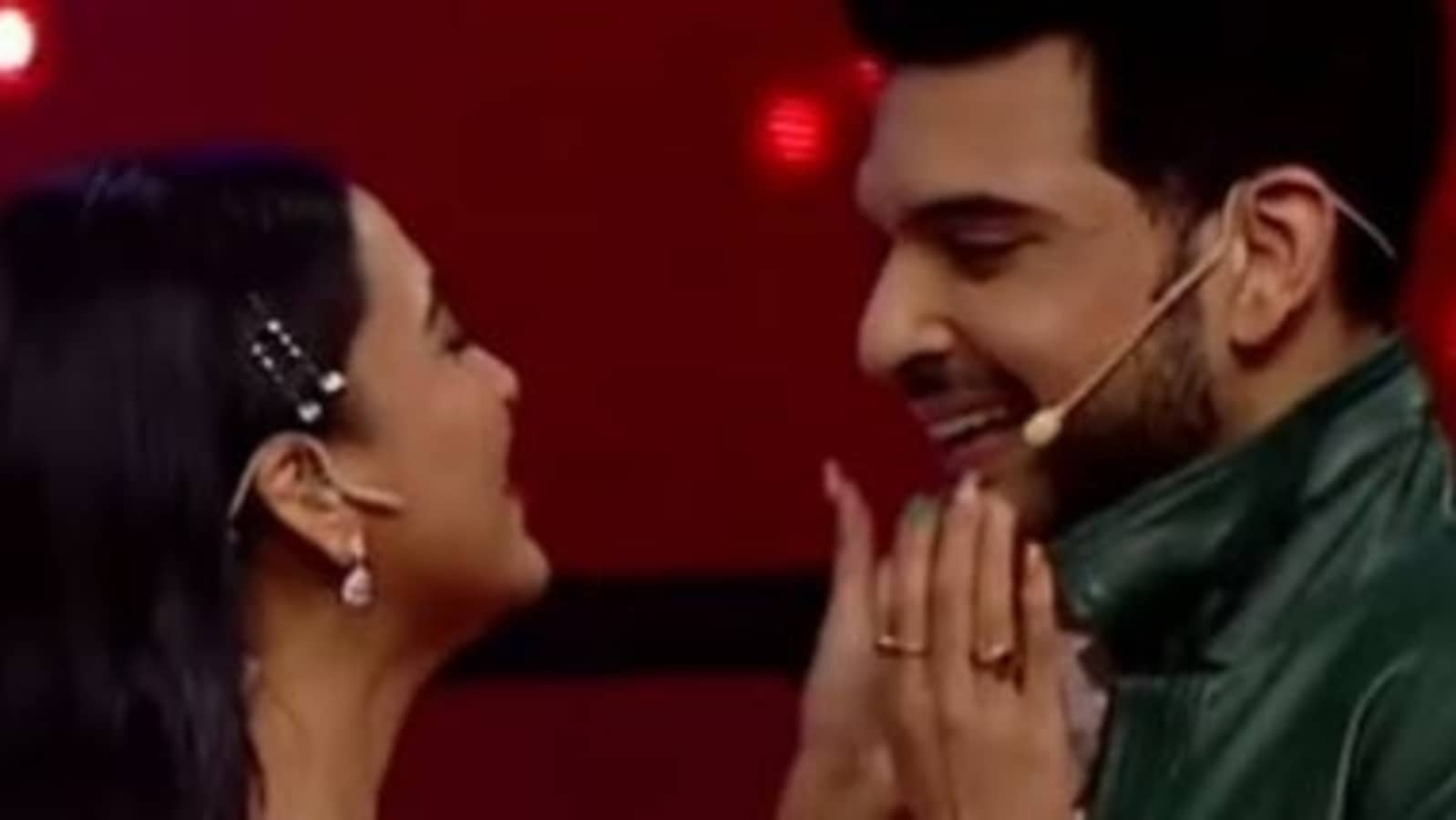 Tejasswi Prakash slapped boyfriend Karan Kundrra on the sets of Dance Deewane Juniors and it all happened when he called her Tejasswi Kundrra. Karan and Tejasswi have been dating for more than a year now, since they fell in love on the reality show Bigg Boss. (Also read: Karan Kundrra kisses Farah Khan’s hands, Tejasswi Prakash gets offended)

In a promotional video shared on the Twitter handle of Colors TV, Karan is seen on the stage of Dance Deewane Juniors while saying, “Ek baar Tejasswi Kundrra ke liye zordaar taaliyan (A big round of applause for Tejasswi Kundrra).” He spoke after planting a kiss on her cheeks while clapping.

Tejasswi blushed as she slapped him on the back and judges Marzi Pestonji and Neetu Kapoor clapped for them. The song Chull played in the background.

Tejasswi and Karan have been dodging the question of marriage for some time now. While he has said that she does not have the time for mariage, she has said that he is yet to propose to her.

Speaking about the speculations around their wedding plans, Tejasswi had recently told Hindustan Times in an interview, “All the positive rumours about the roka and shaadi, I love all of them. (But also) It’s funny. Why should I tell you (people who ask) if the roka has happened, if we are planning our wedding or if we are buying a house? Wo humare beech ke baat hain. In my head, I’m like why do you want to know? But it’s nice and cute. About the negative ones, I’m not used to it.”