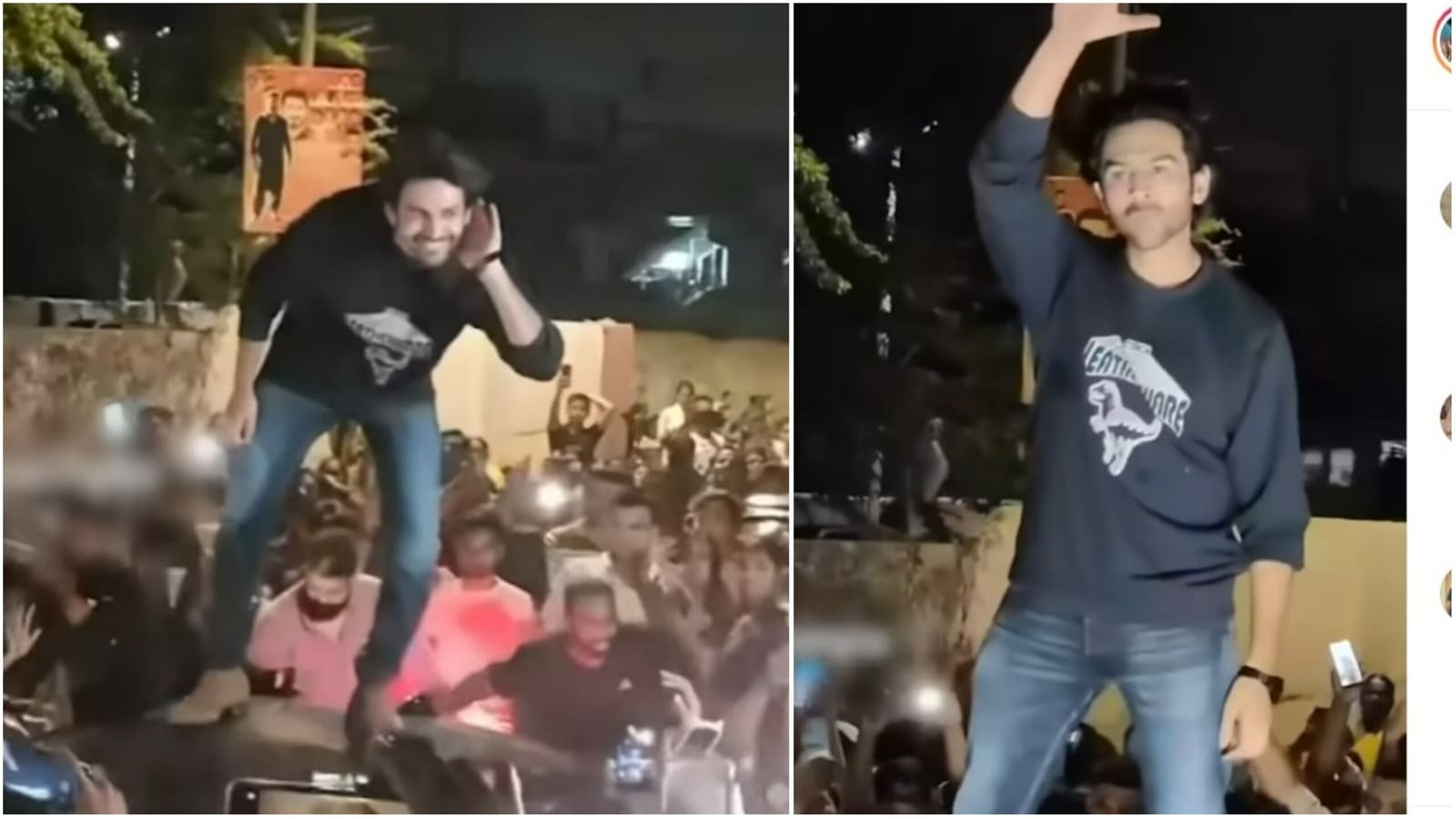 There is no stopping Kartik Aaryan, whose latest release Bhool Bhulaiyaa 2 has completed a month in theatres and is still running in cinema halls. The film has collected over ₹179 crore at the domestic box office. On Sunday, Kartik shared an Instagram post to mark the film’s success. It comprised a video of Kartik standing on the roof of a car with several fans cheering and shouting around him. Also read: Kiara Advani confesses she tried to steal Kartik Aaryan’s fans: ‘He may not notice who is crying for him, I do’

The actor wrote along with the video, “5th Week Going Really Strong (fire emoji) #BhoolBhulaiyaa2. Live for this Love (heart emoticon and hands joined emoji).” He is seen in a black sweatshirt and denims, posing on top of a car and making different hand gestures as fans clicked him from all sides.

A fan reacted to the video, “Keep rocking king.” Another said, “My Rooh Baba.” One more said, “All love is yours.” A comment read, “You are  a superstar.”

Kartik is riding high on the success of Bhool Bhulaiyaa 2, which also stars Tabu, Kiara Advani and Rajpal Yadav. Produced by Bhushan Kumar and Murad Khetani, the film is a standalone sequel to Akshay Kumar and Vidya Balan’s-2007 psychological horror comedy of the same name.

Film trade analyst Taran Adarsh has said the film is not facing any ‘noteworthy opposition’ at the ticket counters leading to its open run. Sharing the fifth Saturday figures of the film, he wrote on Twitter on Sunday, “#BhoolBhulaiyaa2 grows again on [fifth] Sat… An open run – without noteworthy opposition – has proved advantageous… Should cross ₹ 185 on weekdays… [Week 5] Fri 1.15 cr, Sat 2.02 cr. Total: ₹ 179.31 cr. #India biz.”

The actor will be next seen in the action comedy Shehzada, opposite Kriti Sanon, who paired with the actor in Luka Chuppi. It is the Hindi remake of the Telugu blockbuster Ala Vaikunthapurramuloo.