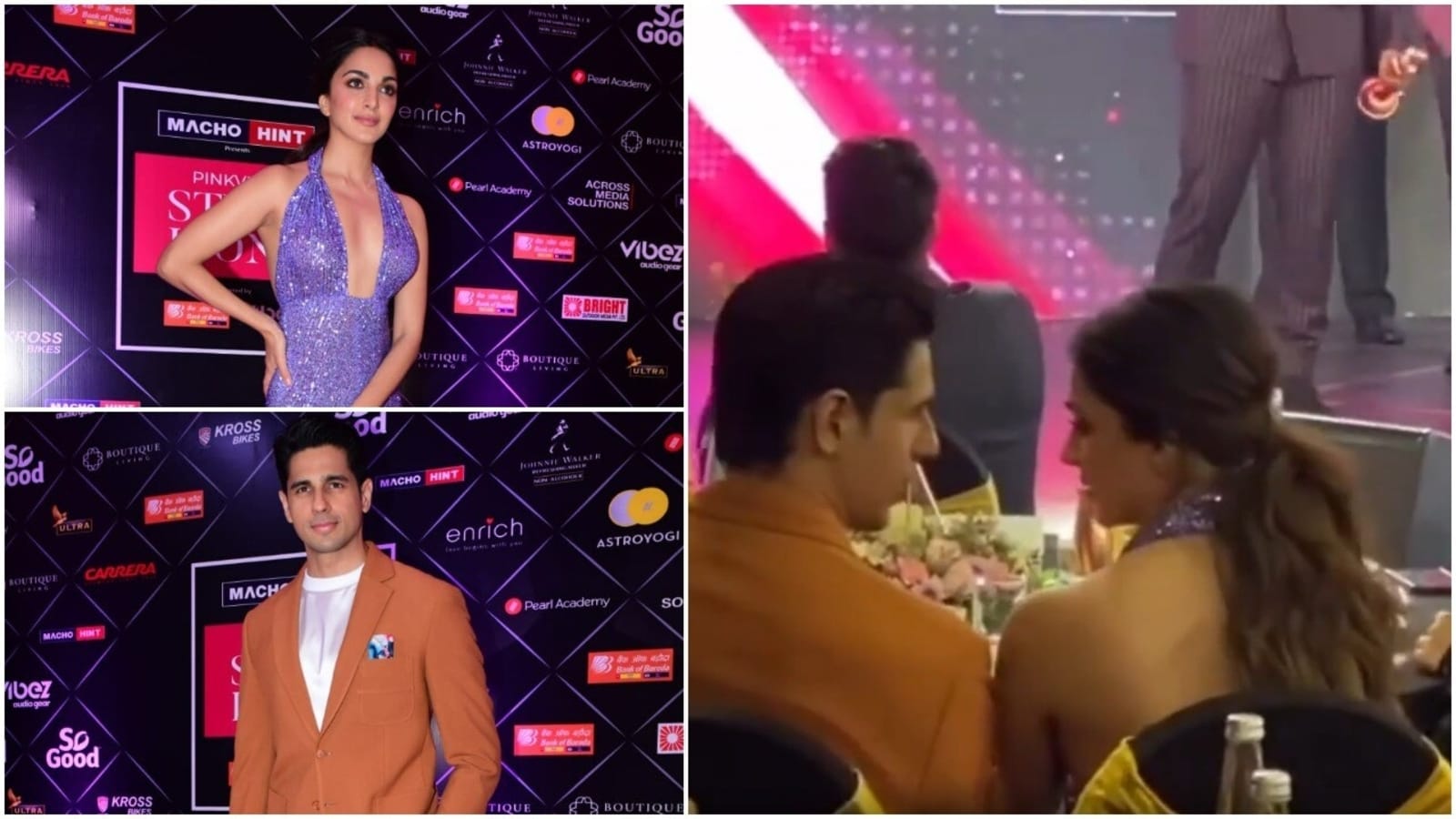 Sidharth Malhotra and Kiara Advani, who have been rumoured to be in relationship for long, continue to attend parties and events together but have never confirmed or denied their union. The two were seen chatting at a recent awards event held in Mumbai on Thursday, oblivious to everything around them. Also read: Kiara Advani reacts to link-up rumours with Sidharth Malhotra: ‘Where is this coming from, who is this source?’

A video from the event has now surfaced online and shows Sidharth and Kiara seated next to each other in the front row. While Arjun Kapoor is seen receiving his award on stage and giving his speech, Kiara and Sidharth are seen lost in a conversation.

The video shows Arjun receiving his trophy for winning Super Stylish Mould-Breaker (Male) at the Pinkvilla Style Icons event. In his fun speech after receiving the award, he says, “Been a while, I am not used to winning awards. Mould-Breaker – yes, my mould has gone out of shape and I had to remould my career and myself for all the people who pay good money to watch our work.”

As the video was shared on one of their joint fanpages, fans of the two reacted to the same in the comments section. A fan wrote, “Busy in own world #sidkiara.” Another said, “They’re in their own world while arjun is giving his winning speech.” One more said, “First time I am so happy after seeing that some people are busy in their own world.” A fan imagined what the two could have been talking about and wrote, “Sidd pyar say samjha rahe ha or ma’am argue kar rahi ha aisa lag raha ha ki aap time per kyu nahi aaye (Sidharth is giving an explanation but Kiara is arguing about why he didn’t come on time).”

Kiara had attended the event in a shimmery purple gown while Sidharth was in an orange suit and blue shoes. Sidharth also danced along with Kiara and others to The Punjaabban Song from her upcoming film, JugJugg Jeeyo.