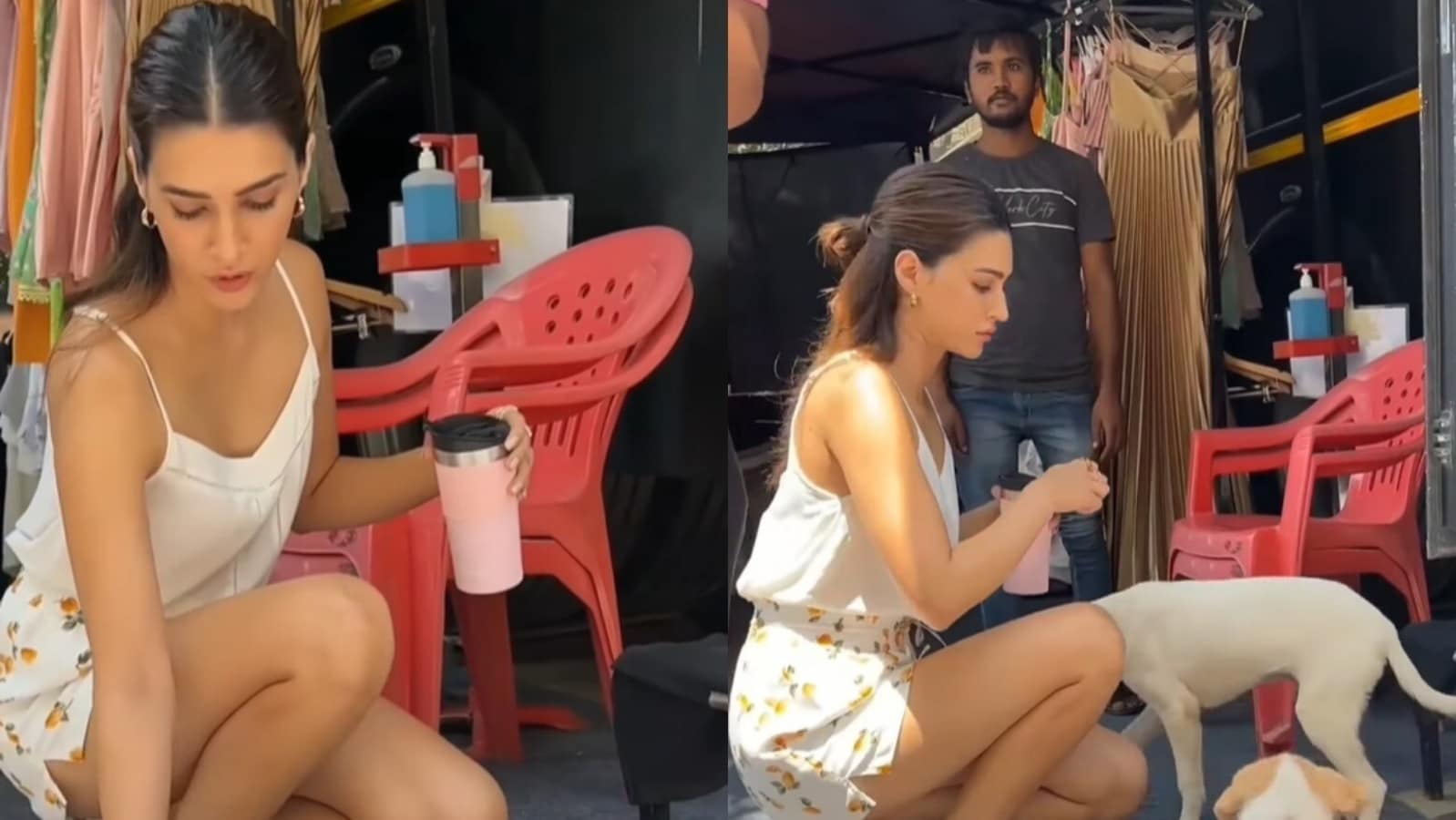 Actor Kriti Sanon is winning hearts on the internet as a video of her feeding stray dogs has surfaced on the internet. Shared by a paparazzo account, the video shows Kriti taking her time out while shooting in the film city of Mumbai and offering biscuits and water to some dogs. (Also read: Kriti Sanon dances to Gur Naal Ishq Mitha with sister Nupur Sanon at friend’s wedding)

Kriti Sanon will be next seen in Anurag Kashyap’s upcoming film. She also has Om Raut’s Adipurush where she will be starring as Sita, alongside Prabhas, Saif Ali Khan and Sunny Singh. She will be reuniting with her Heropanti co-star Tiger Shroff in his next film Ganapath. Apart from this, she is a part of Varun Dhawan’s horror-comedy Bhediya, and Shehzada, opposite Kartik Aaryan.

Apart from films, Kriti has recently launched her fitness app, The Tribe. Talking about it, she said that she has discovered her passion for fitness while working on her film Mimi. For the film, she had undergone a physical transformation as she essayed the role of a pregnant woman. Mimi fetched her the Best Actress Award at the International Indian Film Academy Awards 2022.

Celebrating her big win at this year’s IIFA Awards, she shared on Instagram, “Dreams do come true! All you need to do is keep working hard towards it and never lose faith! It has taken me 8yrs to get my first #BestActress award. . But I’m so happy that I received my first for #Mimi – a film I’ll treasure forever, a character that will always be special in my filmography! Thank you @iifa for this validation and for an amazing evening!!”. She also thanked Mimi director Laxman Utekar in her celebratory note on social media.