Mahima Chaudhary ‘laughs through the tears’ as she joins Anupam Kher for special photo shoot. Watch 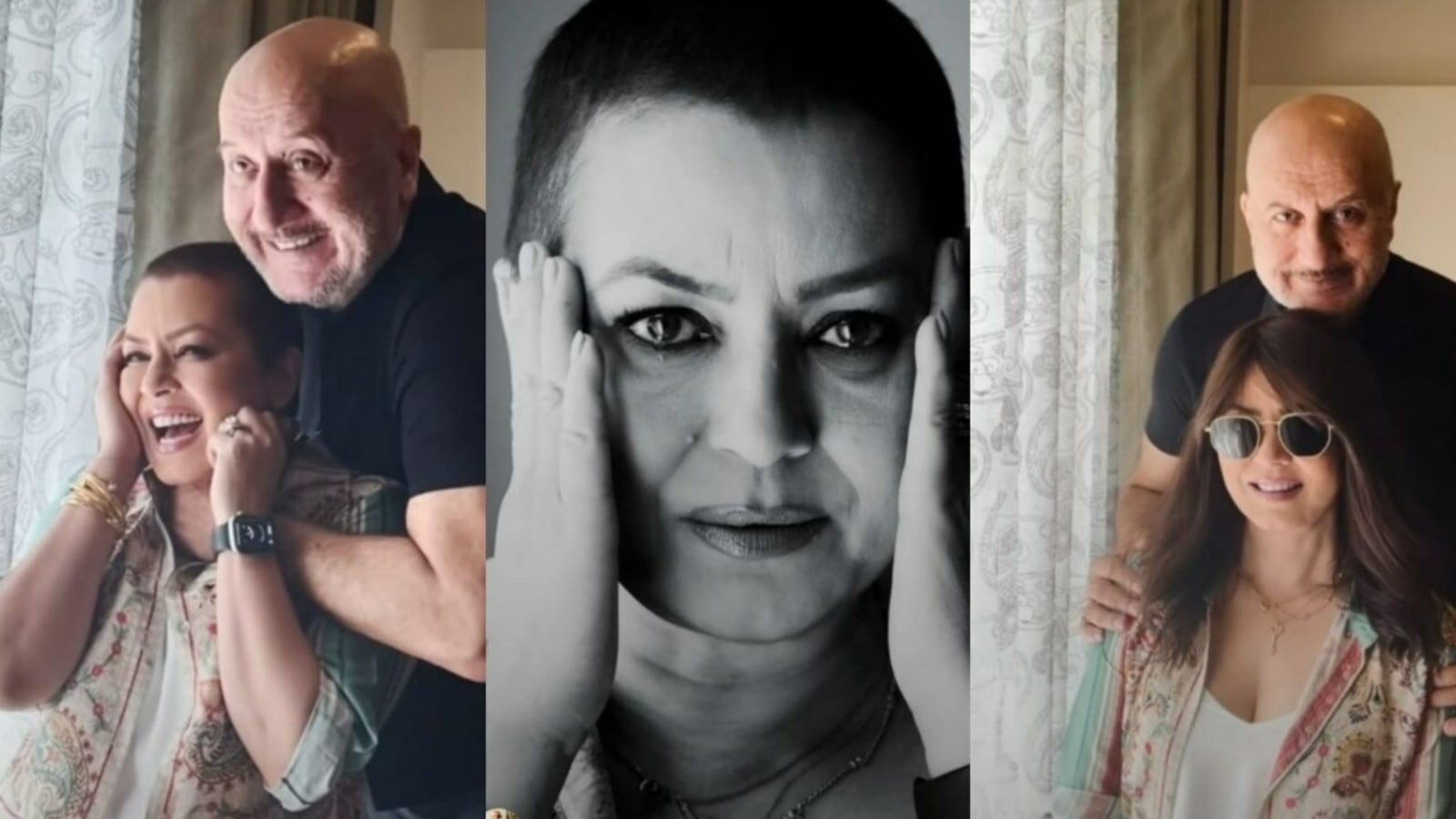 Anupam Kher has shared a video from his photo shoot with his The Signature co-star Mahima Chaudhary. The latter recently recovered from breast cancer and is currently filming for her comeback film with Anupam. It shows a glimpse of Mahima in a her post-cancer look and how she opted for a wig in later part of the video. Anupam is also seen joining her in some of the photos. Also read: Sonali Bendre reacts to Mahima Chaudhry’s breast cancer diagnosis: ‘I am sure I’ll do what needs to be done’

Sharing the video on Instagram which opens with a teary-eyed image of Mahima and is followed by her happy pictures, Anupam wrote, “Sometimes you gotta laugh through the tears, smile through the pain so that you can live through the sorrows!” These wonderful pics are shot by @manichintamani on the sets of #TheSignature. #MahimaAndI #AgainstAllOdds #Hero #LifeIsBeautiful.”

Mahima reacted to the video by dropping a fire emoji in the comments section. Chef and filmmaker Vikas Khanna wrote, “Both are amazing and beautiful.” A fan commented, “Respect to you Sir and Mahima mam. We all love Mahima mam and the courage she has shown in fighting with cancer is an inspiration for others. She was, is and will be one of the most favourite actress of Indian cinema.” Another said, “Salute to her grit and strength.” One more fan wrote, “Yes hair enhances the outer beauty but one look and all gone, when the souls are beautiful you keep looking at them and left with a wide smile and great energy, that’s all we look out for. Lots of love to these lovely souls.”

The news of Mahima recovering from cancer was shared by Anupam in a video shared by him on Instagram. In the video, she was seen talking to Anupam about how he approached her for the role in his upcoming film, “Surprisingly, ever since I lost my hair, I was getting a lot of calls for web series and this and that. And I was like, ‘Oh my god, why I am getting calls now, when I don’t even have hair’, so I didn’t tell them. And I couldn’t tell you that I can’t do your film. You started rattling about the role and I told you I need to talk to you in the night.”

Described as a beautiful story of a common man, The Signature is directed by Gajendra Ahire. It is produced by noted producer K C Bokadia.