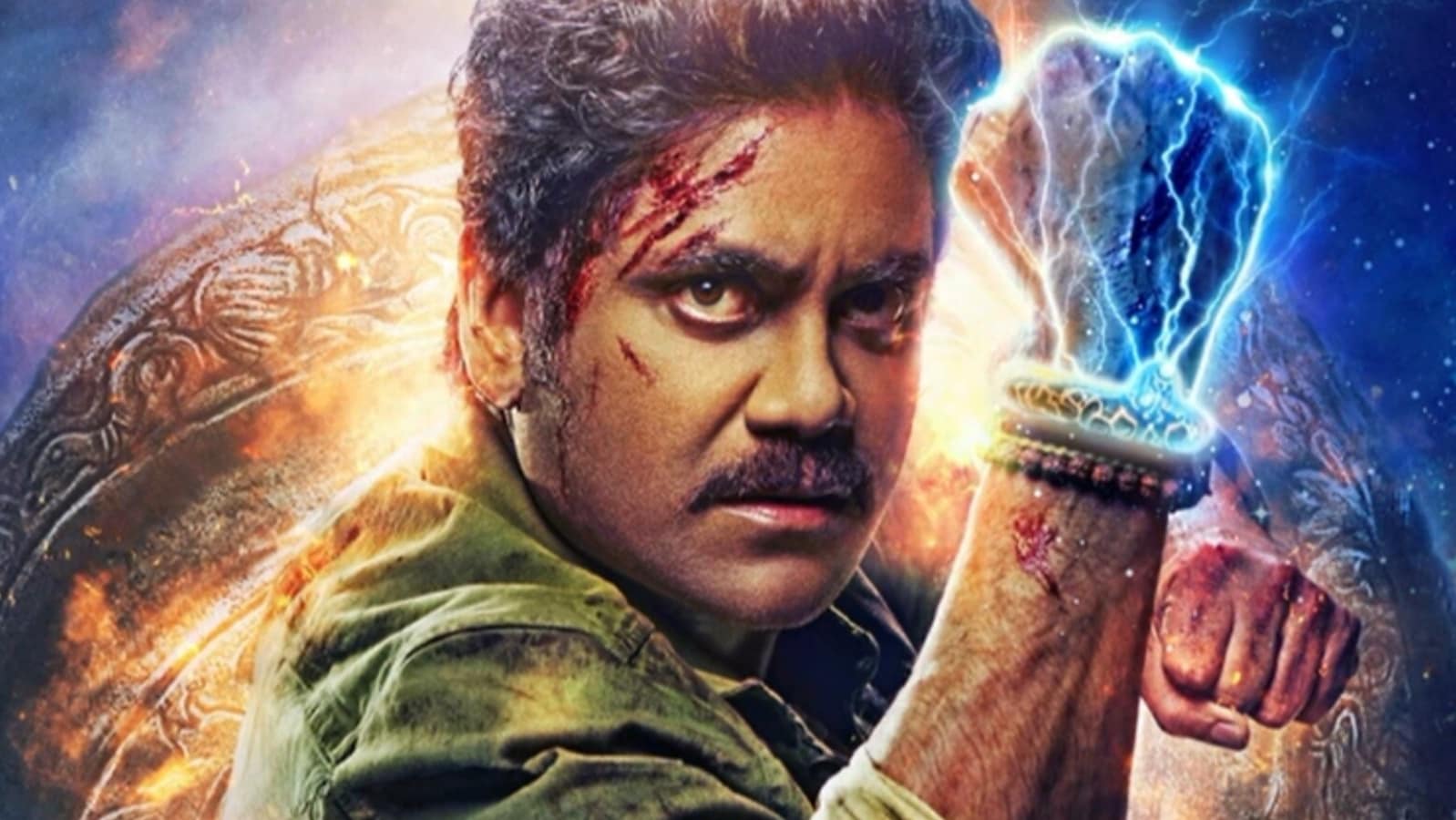 On Saturday, Alia Bhatt took to her Instagram handle and unveiled the first look poster of Nagarjuna Akkineni from their upcoming film, Brahmastra. Announcing the actor’s character Anish from the film, she wrote, “With the strength of a 1000 Nandi’s, meet Anish the Artist.” The trailer of the film will release on June 15. (Also read: Amitabh Bachchan wields the mighty Prabhastra in his first poster from Brahmastra, released after changed teaser)

In the poster, Nagarjuna is seen in a powerful avatar. Posing with his mighty hands, he appears to be ready to fight with blood dripping from his forehead. His hands will be his weapon with the power of 1000 Nandi bulls, the vahana of Lord Shiva. Reacting to the actor’s look, fans are currently sharing their excitement to watch the film.

Directed by Ayan Mukerji, Brahmastra Part One: Shiva will be the first instalment of a three-part epic trilogy. Nagarjuna plays the role of an archaeologist in the film, it will star Ranbir Kapoor and Alia Bhatt in the lead roles of Shiva and Isha, respectively. Besides them, it also has Amitabh Bachchan and Mouni Roy in key roles.

Talking about Brahmastra, Nagarjuna had previously shared that he had his reservations about the film. Opening up about his initial reaction to Ayan’s directorial, he told Bollywood Hungama, “I was a little skeptical about doing it in the beginning but then Ayan came home and he presented it to me. I said ‘I just don’t want to do a cameo. No point now’.”

“But when he presented it to me, the whole script, it was amazing, it was brilliant– his vision of the script and the passion they were putting into it. By then, they had shot a bit of it. He showed me, all of that. And I said ‘yes’ instantly, I didn’t even hesitate after that. It’s a very important cameo. I won’t even say it’s a cameo. It’s a very important character,” he added.

Brahmastra will release on September 9.